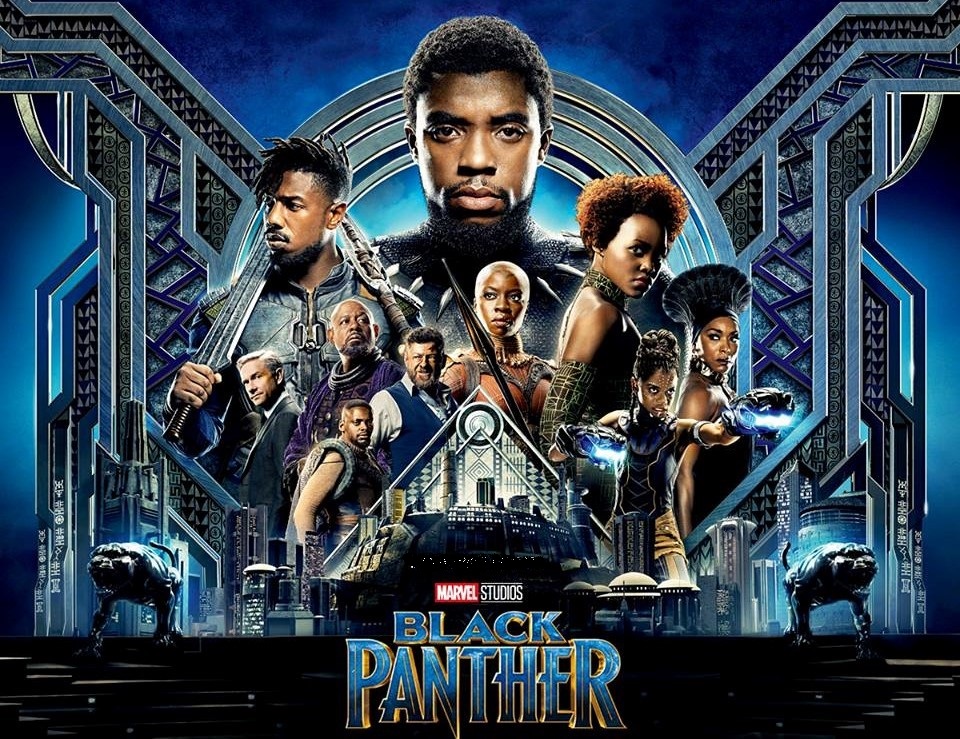 VVNG- Sometimes I feel sudden bursts of emotions that I want to audibly express, but have to contain within me for fear of getting embarrassed. I really wish I could have turned off that little sensor in my brain, that tells me not to shout-out expressions of overwhelming joy and excitement, before going to watch this phenomenal work of art. There were so many moments in this flick that contained a tremendous amount of badassery, that it felt like I was going to pop a blood vessel, trying not to cheer (or chant) whenever the noble hero, or any of the other characters in this phenomenal cast, did all of the things that make this a film fit for a king. 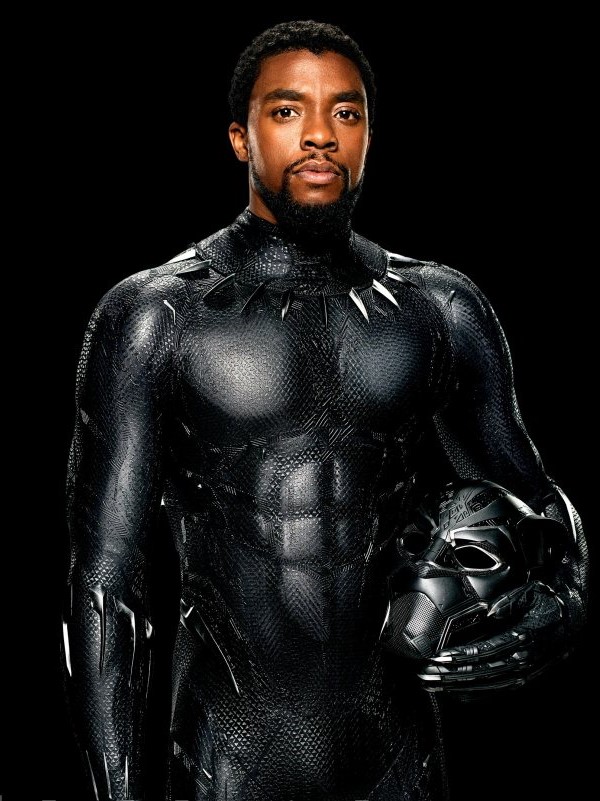 Chadwick Boseman gets to wear what is probably the best costume in the MCU. He is perfect as T’Challa, the ruler of Wakanda, and as the titular superhero who is even more magnificent in this flick, than when we last saw him in Captain America: Civil War.

Everyone who stars or was involved in the making of this fantastic film should be very proud. The director (Ryan Coogler) does a terrific job balancing humor, drama, action, and suspense while getting terrific performances from everyone in the cast and managing to add social commentary that is very relevant to our days. The movie is able to beautifully portray an African-inspired culture and includes messages of unity that are very much needed in these times of division. 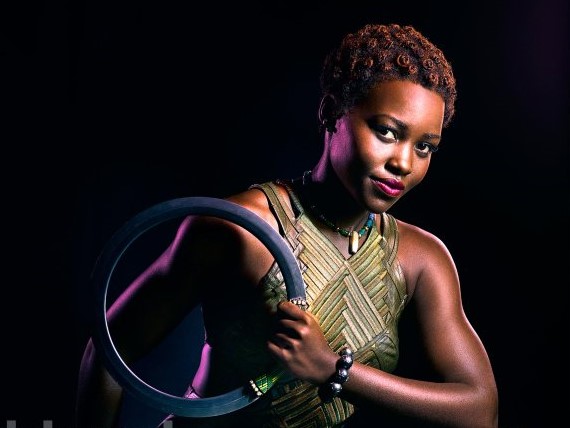 When someone is as elegant and powerful as T’Challa, it is hard to find someone who is worthy of him. Nakia (Lupita Nyong’o)’s compassion, intelligence, and beauty make her a perfect match for the King of Wakanda. But she is much more than just someone’s potential bae, she is also a fighter and has saved tons of lives on her own.

I give Black Panther, the “Checky™ Seal of Approval!” The movie is, arguably, the most serious movie in the Marvel Cinematic Universe and clocks in at 2 hours and 15 minutes, but there was not a single moment in this movie when I lost interest or wasn’t thinking about what a great movie this was. 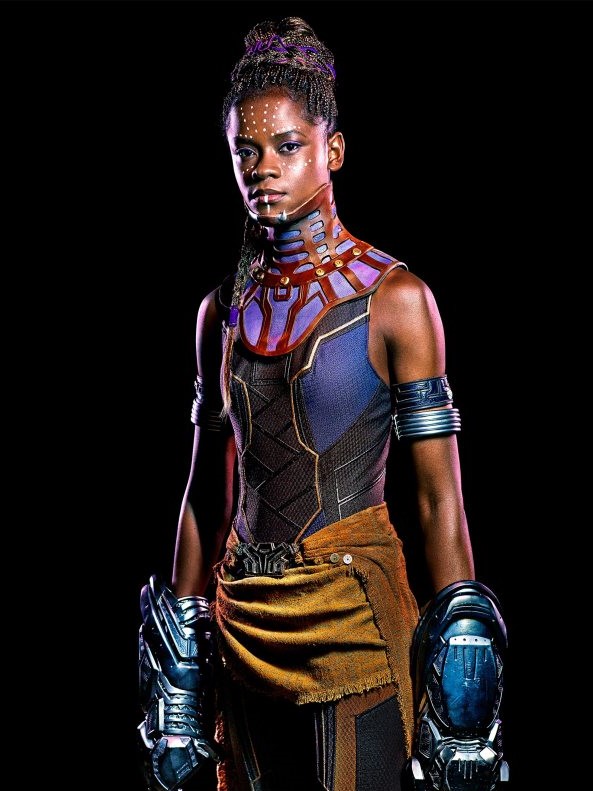 As smart as she is funny,  the Panther’s sister, Shuri (Letitia Wright), without a doubt, steals every scene she is in and is the breakout star of this movie. An almost impossible task to accomplish in a cast as phenomenal as the one in this flick.

Chadwick Boseman is, undoubtedly, a perfect casting choice to play such a commanding superhero. The ladies are all fierce and independent and can kick as much booty as any of the males in the flick. The girl that plays Shuri is extremely likable as the smartest person in Wakanda (and probably the world) and she is also very funny. I think she stole every scene she was in. Michael B. Jordan delivers a powerful performance as the villain in the flick. I am not sure if he is my favorite villain yet, but his charisma and passion made me sympathize with him more than with any other bad guy I can remember. 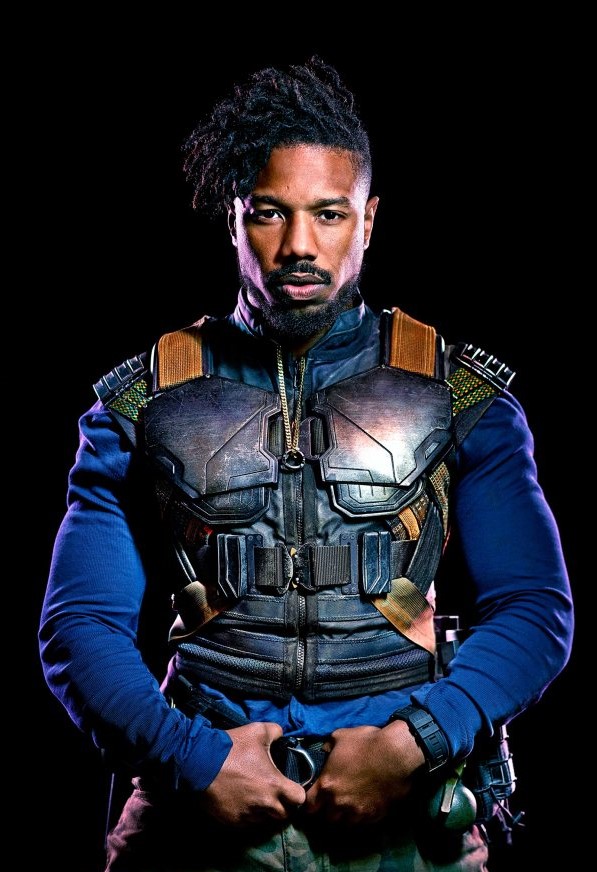 Michael B. Jordan gives an outstanding and powerful performance as the villain, Erik Killmonger. He is charming, passionate, and very deadly. He could possibly be the very best baddie in the MCU, so far.

Move over Hancock and Blade (and, Shaq… you just stay completely the heck away), there is a new reigning Black superhero that ANYONE, who likes a little bit of elegance and sophistication mixed in with their awesomeness, can look up to and love. 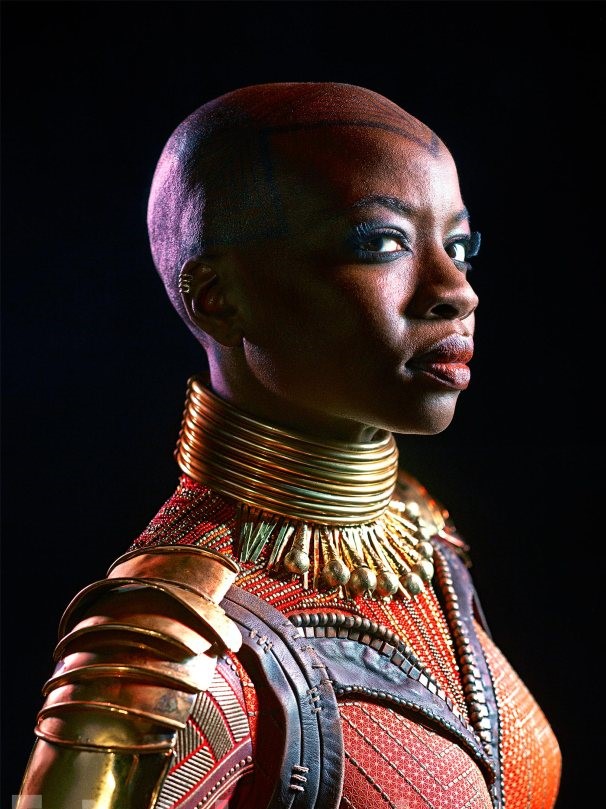 No, that’s not Viola Davis from How to Get Away with Murder or The Help, it’s actually Michonne from The Walking Dead.  Okoye (Danai Gurira) is the head of the Wakandan secret service and is extremely loyal to the crown. She is a fierce and powerful warrior who may be able to take down Black Panther himself if she tried, but she never would because it seems like they are besties.

Now, what are you waiting for? Head to the theaters, like, 10 minutes ago! You will have a great time, ooh-ing and aah-ing, while you watch this magnificent film that is action-packed, visually stunning, sufficiently hilarious, intensely dramatic, excitingly entertaining and has a soundtrack that accentuates all of that and raises it to a level worthy of His Majesty. 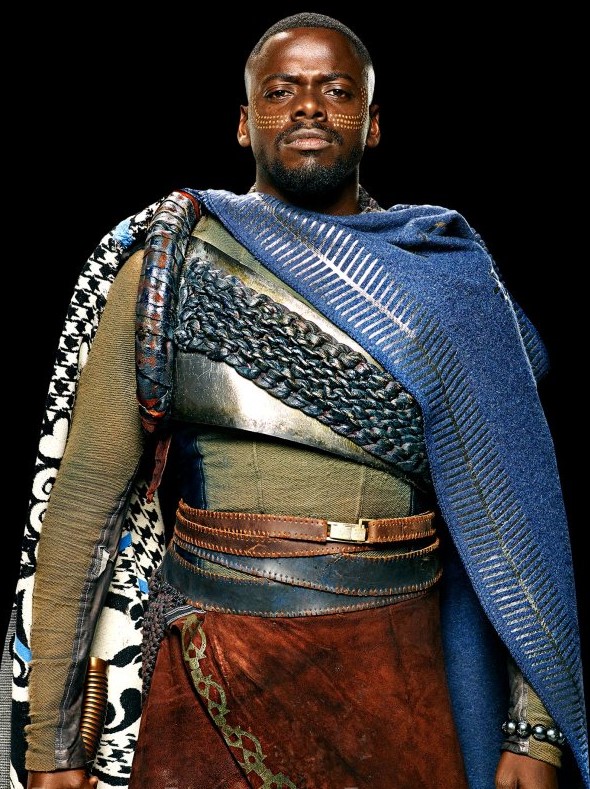 Hey, it’s the guy from Get Out. Daniel Kaluuya is great as W’kabi, T’Challa’s trusted friend, and the man in charge of the security of Wakanda. I loved his performance, even if I didn’t agree with his character’s choices.

So, what did you think of Black Panther? Do you agree or disagree with me? Which flick are you checking out this week? Let me know in the comments below. Have a great day at the movies and don’t forget to save me some popcorn… Oh, and the 3D is worth it and there are 2 end credit scenes.

Official Synopsis: After the death of his father, T’Challa returns home to the African nation of Wakanda to take his rightful place as king. When a powerful enemy suddenly reappears, T’Challa’s mettle as king — and as Black Panther — gets tested when he’s drawn into a conflict that puts the fate of Wakanda and the entire world at risk. Faced with treachery and danger, the young king must rally his allies and release the full power of Black Panther to defeat his foes and secure the safety of his people.