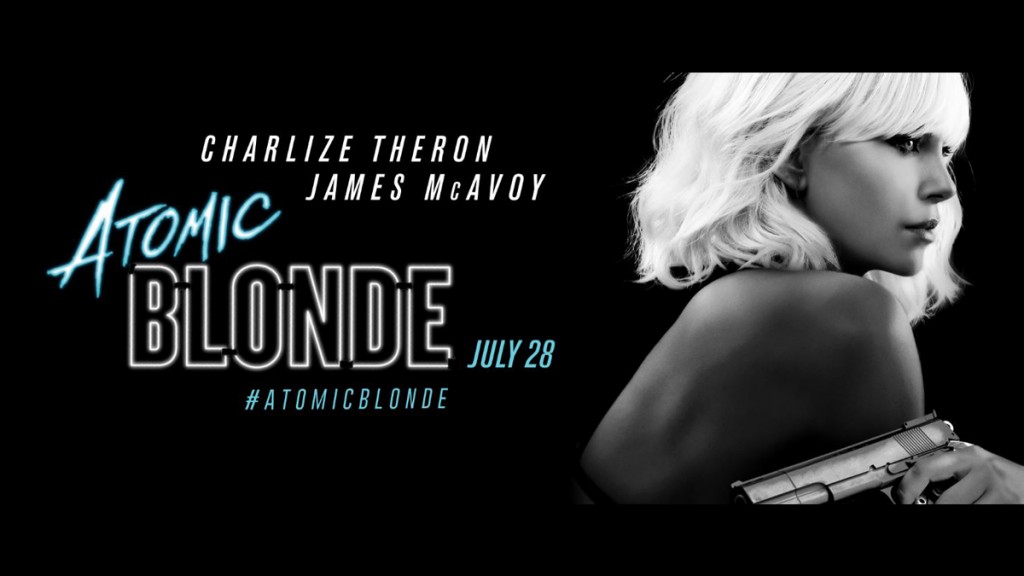 VVNG.com – Charlize Theron makes every punch, crash, kick, slap, stab and slam feel realistically painful in this ultra-violent and ultra-cool, retro-looking flick. If you are thinking about watching this movie because you are expecting some hardcore action, then you won’t be disappointed. Charlize beats up plenty of baddies, to the beat of a killer soundtrack, in a very graphic and badass way. However, the movie gets super confusing and sometimes a bit boring in between all of the glorious fight sequences that showcase this Atomic Blonde going nuclear.

The premise of the movie is very interesting and would have been perfect for this film if it would have been far simpler. Charlize is sent on an undercover mission to Berlin to retrieve a list containing information that would compromise the safety of a whole lot of spies… There! I would have been super satisfied if they just left it at that. After all, I came here for the action not the convoluted plot. However, the film tried too hard to cram too much into its plot, adding so many double-crossings and confusing elements to the flick that ALMOST overshadowed the fun aspects of it. It honestly made me lose interest and actually got me bored at times. I was just waiting for the next action sequence to wake me up again.

I give Atomic Blonde the “Checky™ Sticker of Tolerance!” This film delivers amazing action sequences in some of the most impressive hand to hand combats featuring a non-superhero female. This girl doesn’t need superpowers to kick tons of henchmen booty. There is a fight scene in the movie that goes on for a while, has some fantastic camerawork, some very brutal action and it is worth the price of admission all on its own. It should go without saying that this movie is NOT suitable for the kiddos because, besides all of the violence, it also contains some very graphic, girl on girl intercourse. The only thing that prevented this movie from being excellent, was the poor plot execution but I still believe that this character has lots of potential to develop into a great franchise.

I suggest everyone (except kiddos) should go watch this flick, regardless of their hair color, for the action, the music and the talent, but be prepared to get a bit confused along the way. No need to run to the theater for this one but a Redbox fee is definitely worth paying for, so you can see how this Blonde definitely has plenty of fun.

So, what did you think of Atomic Blonde? Do you agree or disagree with me? Which flick are you checking out this week? Let me know in the comments below. Have a great day at the movies and don’t forget to save me some popcorn.

Official Synopsis: Agent Lorraine Broughton (Charlize Theron) is equal parts spycraft, sensuality and savagery, willing to deploy any of her skills to stay alive on an impossible mission. Sent alone into Berlin to retrieve a priceless dossier from within the destabilized city, she partners with embedded station chief David Percival (James McAvoy) to navigate her way through a deadly game of spies.