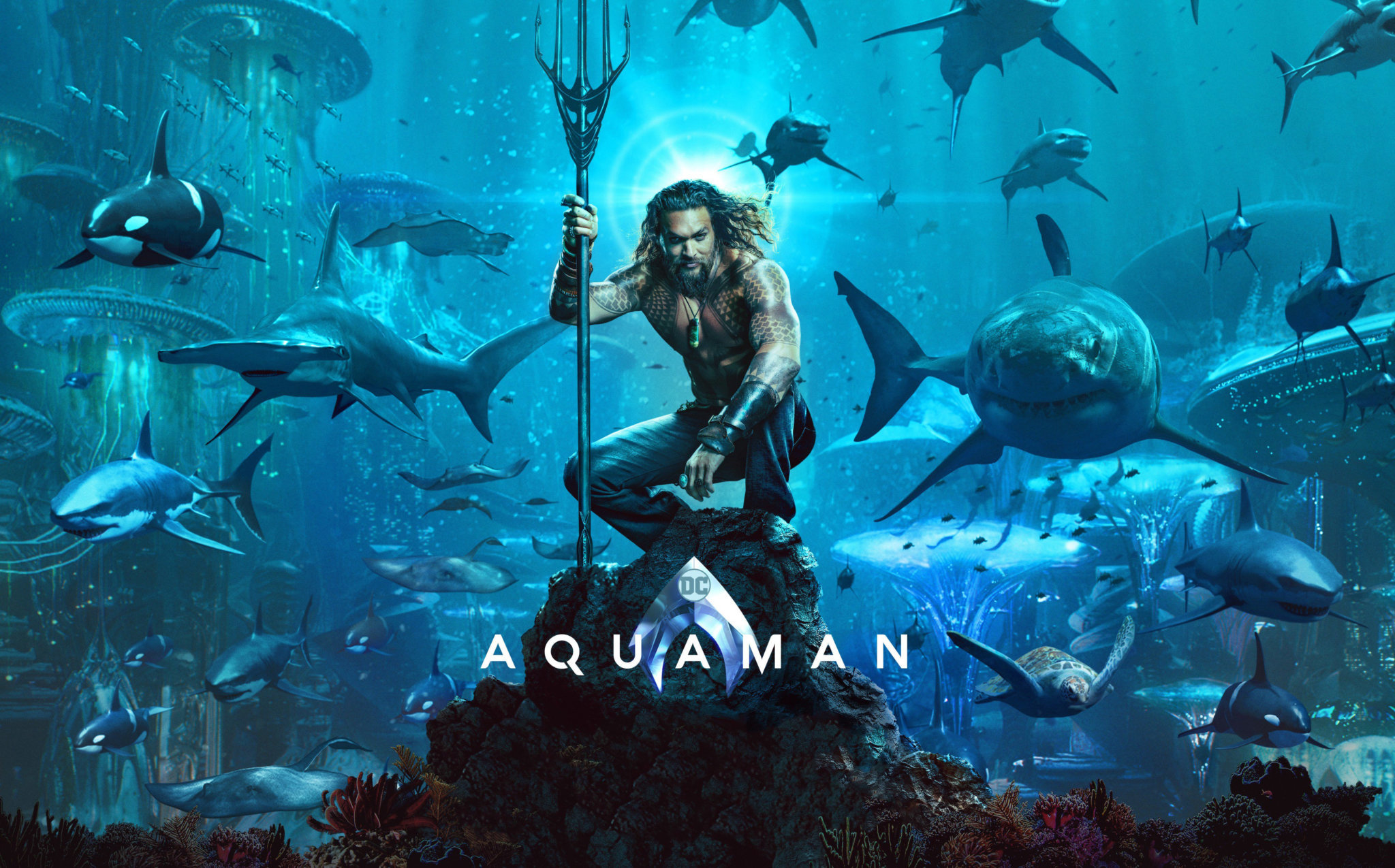 VVNG- The King of the Seven Seas has been given a chance to shine in his very own flick and… HE does not disappoint by being his macho, powerful, and charismatic self. Now I’m just talking about the character. The movie itself is another story. Don’t worry though, no matter how negative I might sound, I actually had a whale of a time watching this film. It is a fun, action-packed adventure that just happens to have a ton of jaws… I mean, flaws!

Aquaman (Jason Momoa), a half-human, half-Atlantean is called to his underwater home of Atlantis to stop his half-brother from waging war on the surface world. In order to be successful, he must first go on a quest to find a powerful trident that will help him take his place as the rightful King of Atlantis.

I give Aquaman, the “Checky™ Sticker of Tolerance!” The main adventure our hero goes on is really entertaining, the action is hardcore and well choreographed, and Jason Momoa is believable as the powerful superhero who can communicate with animals, and breathe (and talk) underwater, all while having superhuman strength. I would have given this movie the Seal of Approval if it wasn’t for some of its elements being so dang awful.

First off, the movie never felt like it wasn’t a movie. Everyone talks like they are about to give a big Shakespearean speech. The threat to our world never felt real. The music score is good, but the soundtrack is dreadful. The big baddie in the film has a ridiculous and unnecessary montage. The humor is cringy and, sometimes, absolutely terrible. Although, I did genuinely laugh a couple of times, the jokes did not land in general. Half of the CGI in the movie was top notch, like the type of CGI you would expect from a movie with a giant budget. The other half was atrocious. It looked cartoony, fake and really silly. Oh, and there is a scene where a giant octopus plays the drums and it is probably the worst thing I have seen in my adult life.

Well, I told you I was going to get negative, but I still recommend you watch this movie. Specially now that you know what to expect. I think you can still enjoy Mr. Momoa kicking butt in and out of the ocean as long as you’re ok ignoring the (many) imperfections flopping around in this flick. That way you can have fun with the epic adventure and all of the terrific action you get to sea.

What did you think of Aquaman? Do you agree or disagree with me? Which flick are you checking out this week? Let me know in the comments below. Have a great day at the movies and don’t forget to save me some popcorn.