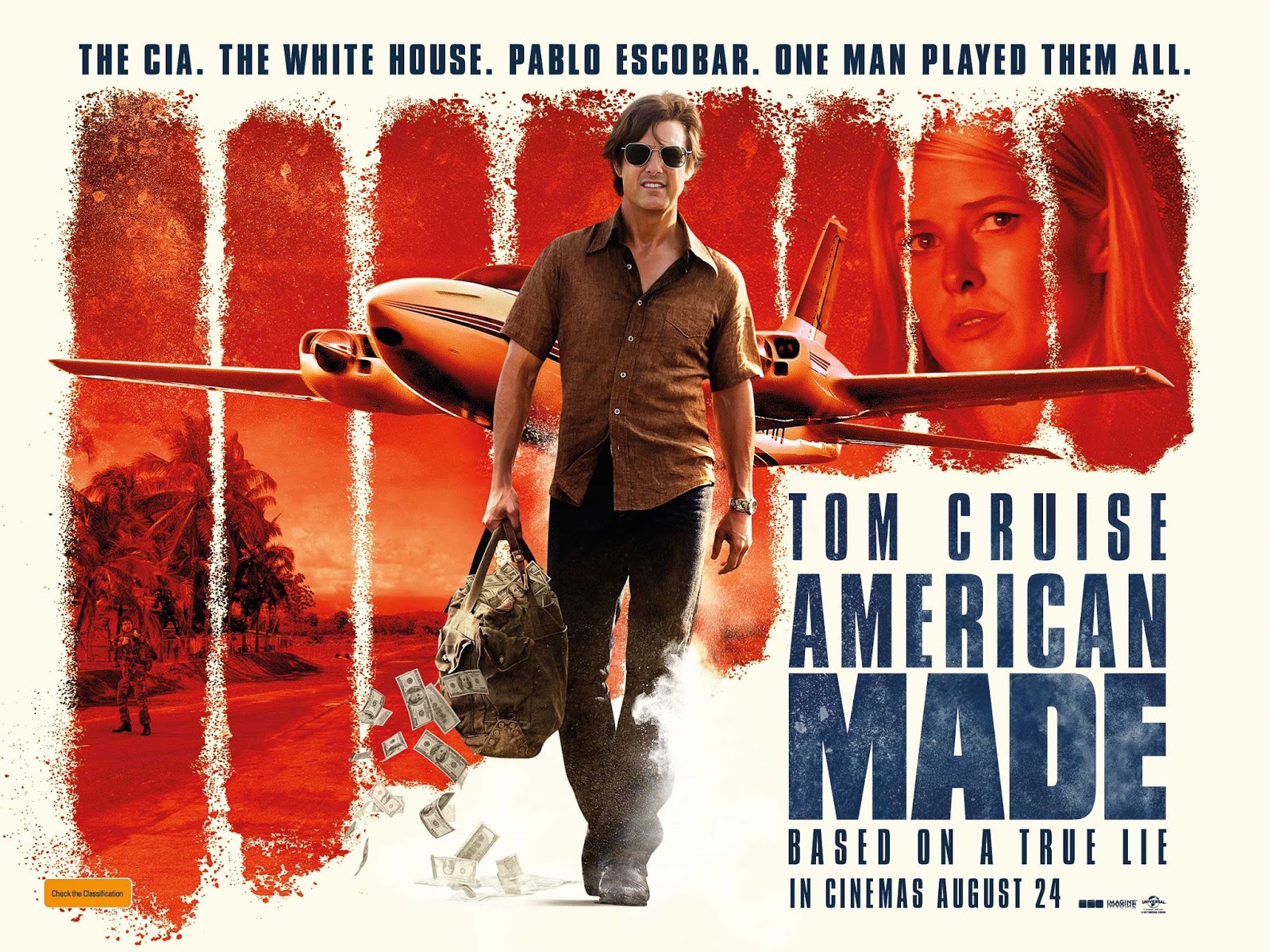 VVNG- You never know what percentage of truth you’re getting when you go watch one of these, based-on-a-true-story, films. With American Made, even if only 10% of it is real, that is still enough to make it wildly fascinating.

I give American Made, the “Checky™ Sticker of Tolerance!” This flick is about drug smuggling, gun trafficking, money laundering, and a whole lot of other illegal things Barry Seal (Tom Cruise) gets away with, in the 70’s, when he was working with the CIA. The cast is great and the story just keeps getting crazier and crazier and more and more entertaining. The film keeps a consistently light tone throughout its runtime that makes the movie very enjoyable, but also prevents it from being more than just a fun flick. This isn’t a thought-provoking masterpiece or anything, this is just one insane look into the US history they never talk about in school.

You don’t have to check this out in theaters but, If you want to see one man working, simultaneously, with drug cartels and the US government, while trying to avoid the Police, Border Patrol, FBI, ATF, DEA, and NSA… then this is definitely the flick for you.

So, what did you think of American Made? Do you agree or disagree with me? Which flick are you checking out this week? Let me know in the comments below. Have a great day at the movies and don’t forget to save me some popcorn.

Official Synopsis: Barry Seal, a TWA pilot, is recruited by the CIA to provide reconnaissance on the burgeoning communist threat in Central America and soon finds himself in charge of one of the biggest covert CIA operations in the history of the United States. The operation spawns the birth of the Medellin cartel and almost brings down the Reagan White House.