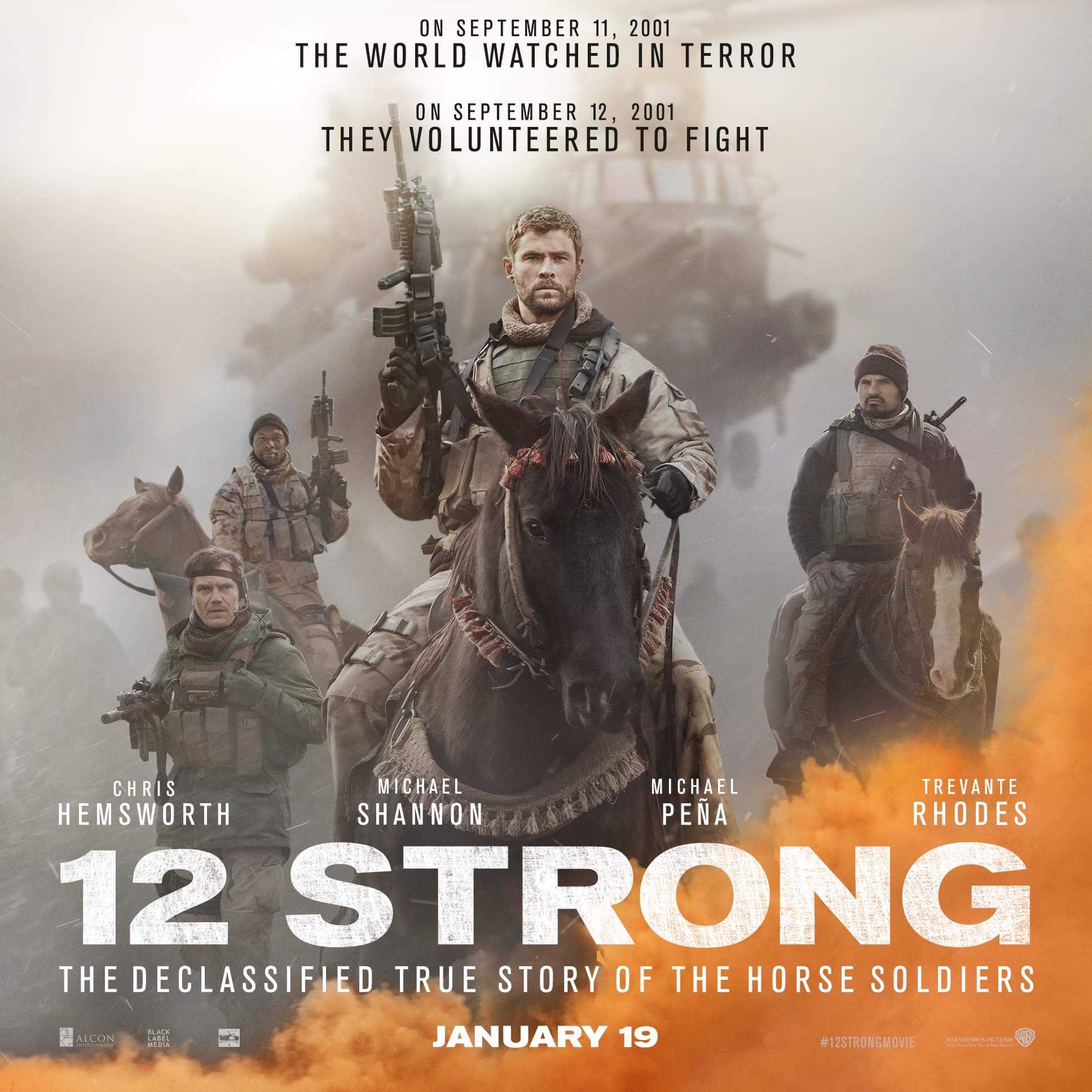 VVNG- I’m sure that when the heartless savages attacked the World Trade Center on 9/11, nearly every person in America wanted to avenge the thousands of innocent lives that were lost that day. This film is based on the true story of the first 12 soldiers who bravely volunteered to go to Afghanistan and deliver a lovely package of bombs and bullets to the terrorist group that was responsible for the attack. Except for the moments when this film felt too much like a big-budget action movie, I really enjoyed watching this, and loved how the brave men were portrayed and honored in this phenomenal story. 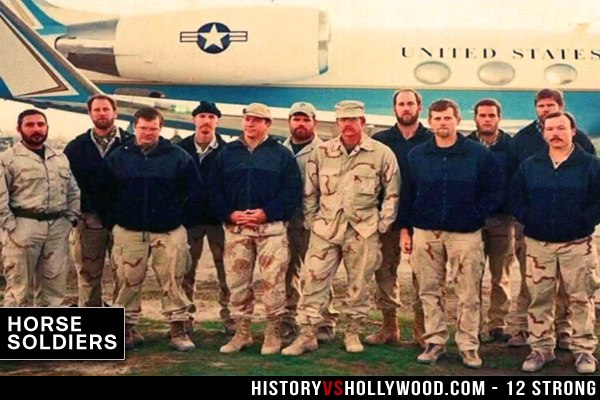 The real heroes that are portrayed in the film.

I give 12 Strong, the “Checky™ Seal of Approval!” I would never classify this flick as a feel-good movie, but I am almost certain that you will want to let out a triumphant “hell yeah!” whenever one of the thousands of bullets that are shot during the intense battles makes contact with one of the terrorist bastards who thrive on ruining lives.

Even though this is far from a perfect movie, mainly because of the apparent need to fill this already spectacular tale with as many war cliches as possible, the story behind this film is extraordinary, and no amount of technical imperfections can take that away from it. It is hard to believe that 12 American men went up against thousands of taliban extremists and ended up with astounding results (no spoilers). These 12 horsemen immediately volunteered for this mission with horrible odds against them, without a shred of hesitation or fear, and that should have been more than enough to maintain any film-goer’s attention.

You should definitely go watch this film in theaters if you want to witness very swift and satisfying payback in the form of 12 fearless warriors showing thousands of barbaric terrorists what can/will happen to anyone that messes with the U.S. of A.

So, what did you think of 12 Strong? Do you agree or disagree with me? Which flick are you checking out this week? Let me know in the comments below. Have a great day at the movies and don’t forget to save me some popcorn.

Official Synopsis: In the wake of Sept. 11, Capt. Mitch Nelson leads a U.S. Special Forces team into Afghanistan for an extremely dangerous mission. Once there, the soldiers develop an uneasy partnership with the Northern Alliance to take down the Taliban and its al-Qaida allies. Outgunned and outnumbered, Nelson and his forces face overwhelming odds in a fight against a ruthless enemy that takes no prisoners.

Here is a picture of real-life Captain Mitch Nelson and Thor (the actor who portrays the Captain in the flick), in case you were curious, and an article you can read to find out just how accurate the movie is: 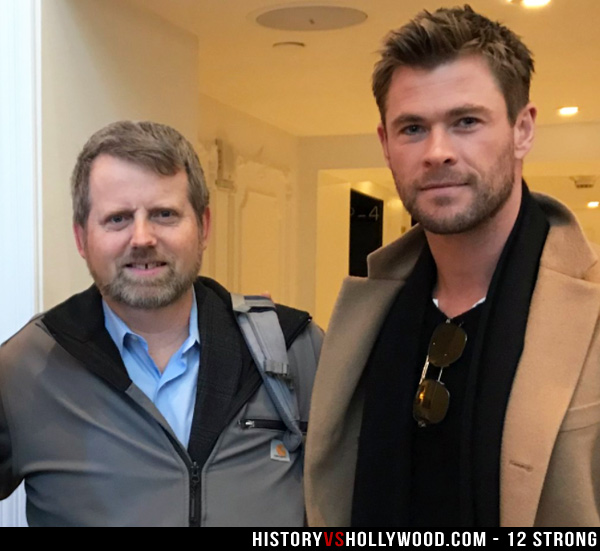