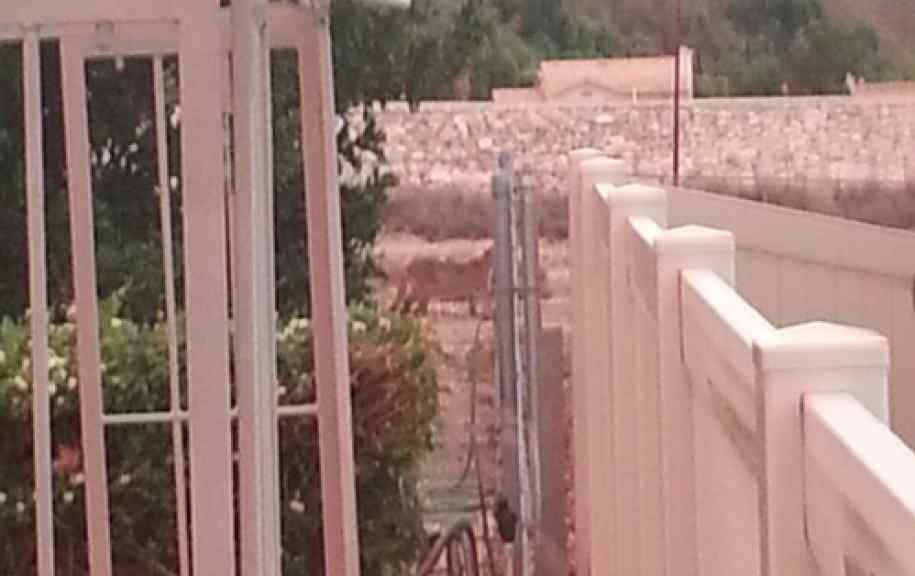 HIGHLAND: During the early morning hours of November 23, 2013, a large mountain lion was observed entering a residential backyard in the 6700 block of Grove Ave, in the City of Highland.

On January 10 – 12, 2014, new tracks were located in the backyard of the original residence. The tracks are consistent with that of a large mountain lion estimated to weigh 140 pounds.

Residents who walk in the wash area and have small pets should remain vigilant of their surroundings and report any additional sightings to local law enforcement. Fish and Game personnel were notified to respond to the area in an effort to possibly track or capture the animal.

DO NOT ATTEMPT TO TRAP AND CATCH THIS ANIMAL ON YOUR OWN. Immediately call 911 and give the last known location of the animal.