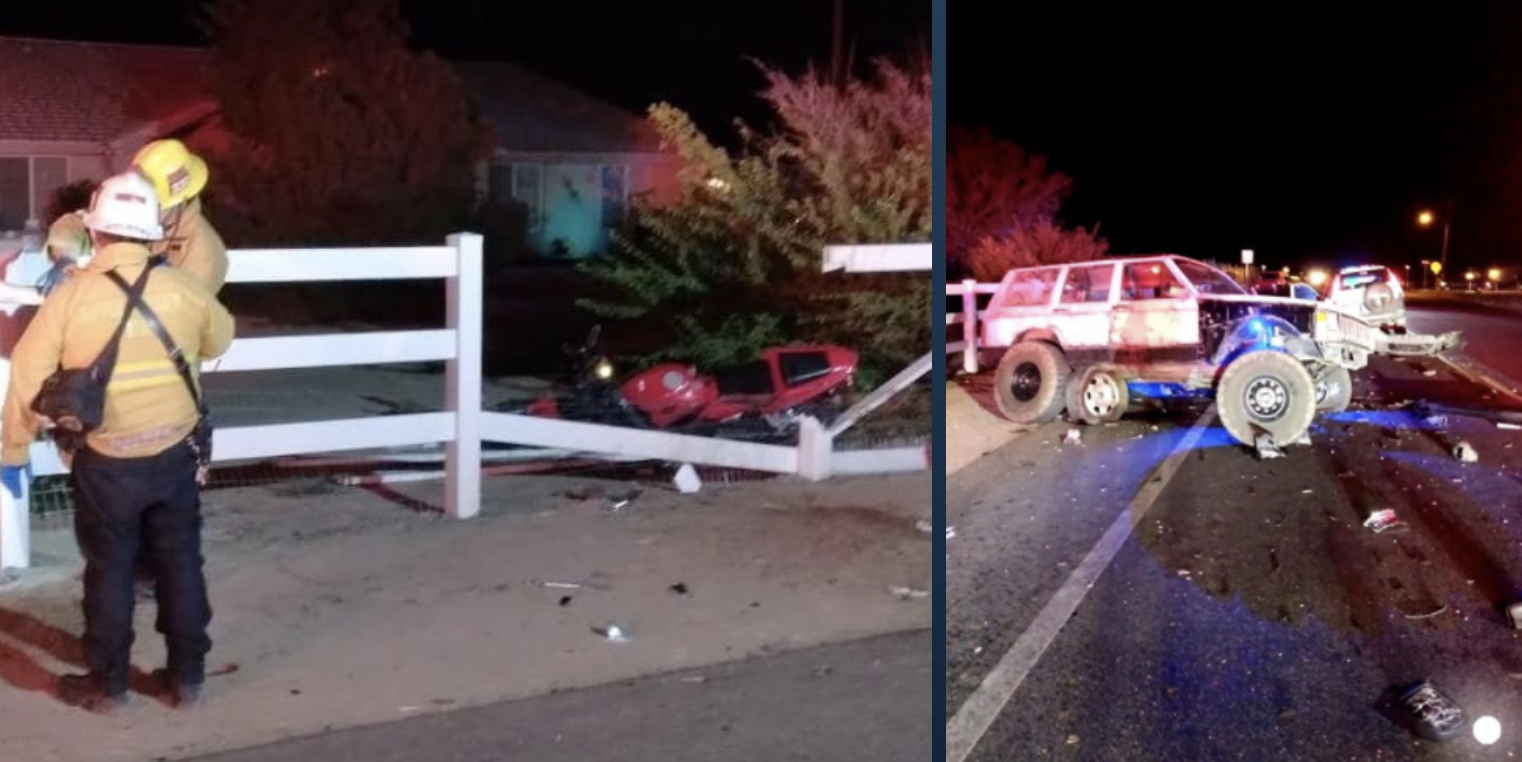 APPLE VALLEY, Calif. (VVNG.com) —A motorcyclist critically injured in a crash on the Fourth of July in the Town of Apple Valley was airlifted to a trauma center.

Cheryl S. Ostrowski posted in the Victor Valley News Facebook group warning other member’s leaving the Brewster Park fireworks show about the accident near the intersection of Navajo Road and Ramona Avenue.

VVNG member Sara Childress said her brother, another car, and a motorcycle were involved in the traffic accident.

“Motorcycle tried to pass my brother at Thunderbird at the stop sign, and the other car swerved to avoid motorcycle. He hit the motorcyclist and slammed into my brother,” stated Sara. “My brother said he helped the other driver out, but then the guy took off cause he was drunk. The motorcyclist is was in bad shape.”

Firefighters from the Apple Valley Fire Protection District requested a helicopter to land at St. Mary’s and airlift the rider to an out-of-area trauma center.

Hector Estrada commented and said the person on the motorcycle was driving at a very high rate of speed. “As soon as he crossed through Thunderbird he passed up a car in front of my house then was involved in the crash on Navajo Rd,” he stated.

Tracey Sherwood said she saw the rider riding on the dirt road by Brewster Park going way too fast for a street bike on a dirt toad.

According to the San Bernardino County Sheriff’s media logs, the incident is being investigated as a Felony DUI traffic collision and does not appear any arrests have been made. Sara said her brother, the driver of the white Jeep went to the ER and is going to be ok.

The official cause of the crash is under investigation by the Apple Valley Sheriff’s Station. Additional information will be updated as it becomes available.

Vehicle slams into back of semi on I-15 in Victorville