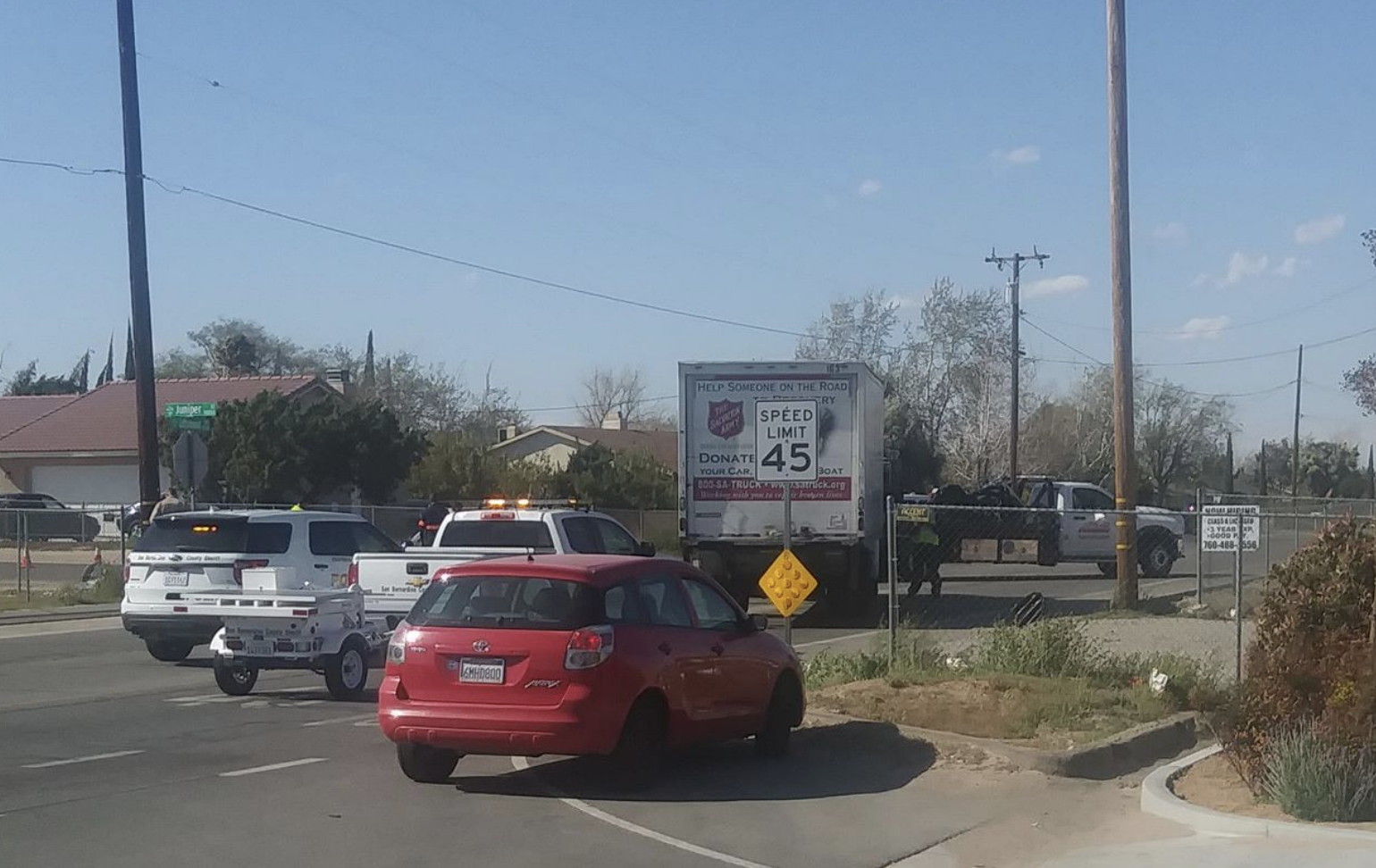 HESPERIA, Calif. (VVNG.com) — A motorcyclist was airlifted to a trauma center after he collided with a ‘Salvation Army’ truck on Tuesday afternoon, officials said.

It happened April 2, 2019, at about 1:02 pm, near the intersection of Cottonwood Avenue and Juniper Street in Hesperia.

The crash involved a 2011 Harley Davidson motorcycle and a 2012 Kenworth Truck belonging to the Salvation Army.

San Bernardino County Firefighters arrived at the scene and requested helicopter H325 to airlift the 43-year-old male motorcyclist to Arrowhead Regional Medical Center. The rider was reported to be and alert at the time of transport, radio traffic reported.

Through investigation, deputies learned the motorcycle and the truck were both traveling northbound on Cottonwood Avenue when the crash occurred.

According to sheriff’s spokesman Edgar Moran, the Kenworth truck began to initiate a left-hand turn; The Harley then attempted to pass the truck on the left and collided with the box of the truck.