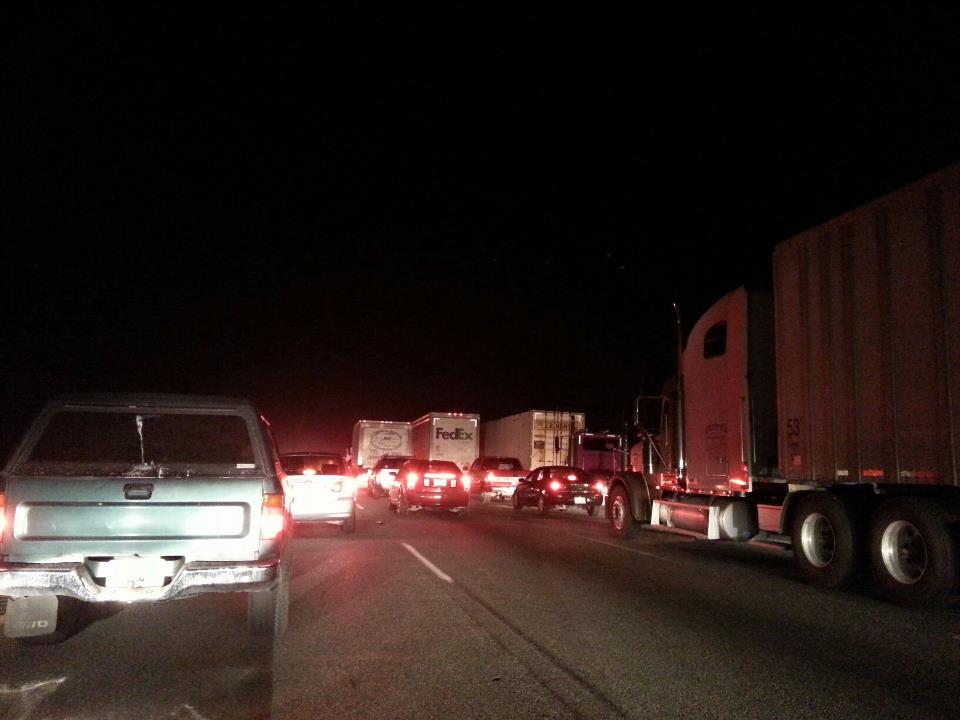 Hesperia Ca – Police Dispatch received calls around 8:15pm that a collision involving a semi-truck vs motorcyclist had occurred on the I-15 south bound between the Main Street and Oak Hills exit, which immediately closed all south bound lanes for over 40 minutes.

A search was conducted in hopes to locate the motorcyclist alive. The bike itself was beyond recognition after being completely demolished by a semi-truck.

Miraculously, about 35 minutes later,  a call was received by dispatch with a person who stated he pulled over and located the motorcyclist in the bed of his pick up truck. He was able to let officials speak with the motorcyclist via the drivers cell phone. The driver of the pick-up truck drove from the top of the pass down to the truck scales, just before the I-215 split, before realizing he was carrying the victim

The subject was taken to a hospital and is currently in ICU. To follow this story and more join our 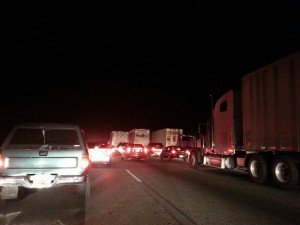 our live group with over 12,300 local members.www.facebook.com/groups/victorvalleynews