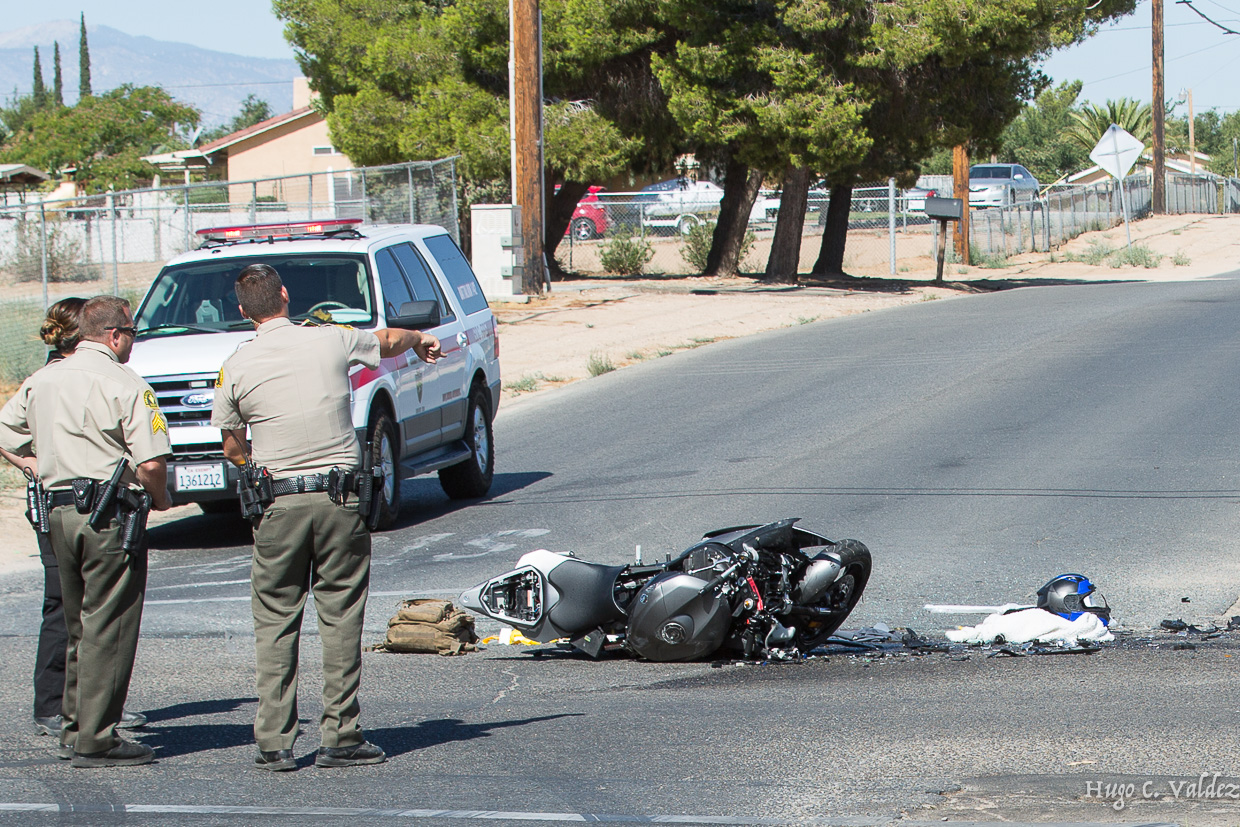 HESPERIA, Calif. (VVNG.com) A motorcyclist involved in an early morning crash in Hesperia was transported to a hospital with life threatening injuries.

The accident was reported around 9:00 a.m. at the intersection of Locust Avenue and Eucalyptus Street involving a gray 2012 Kia Forte and a gray Yamaha motorcycle.

The male rider was initially believed to have been dead when fire personnel arrived on the scene, but firefighters were able to find a slight pulse and transported the motorcyclist to Desert Valley Hospital. It’s unclear if the rider survived.

The Kia sustained major damage to the driver side door causing the driver to be trapped. When the man was extricated from the vehicle, he was transported to a local hospital with minor injuries.

“We will be closing the intersection for a minimum of two hours for an investigation,” said Hesperia Sheriff’s Spokeswoman Jackie Chambers.

The intersection where the accident occurred is a four-way stop sign. The cause of the accident is under investigation by the Hesperia Sheriff’s Station. 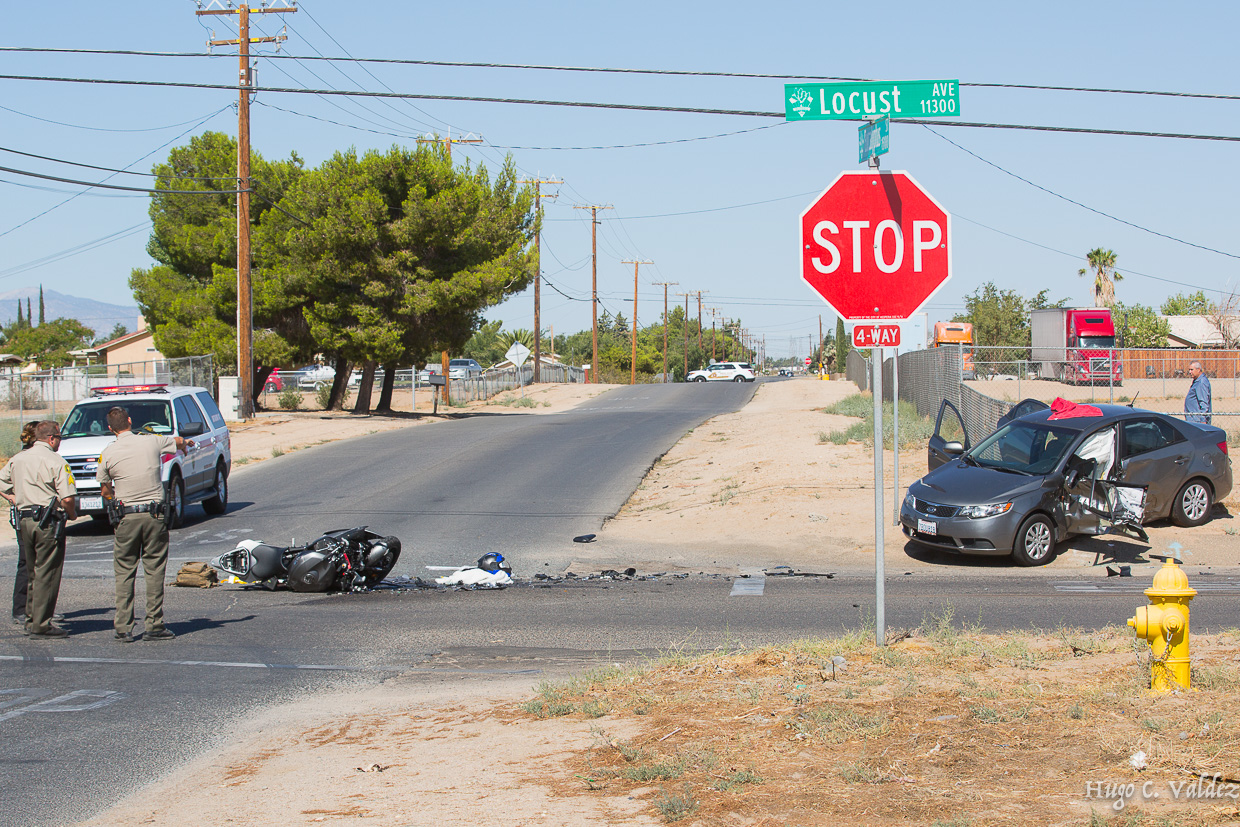