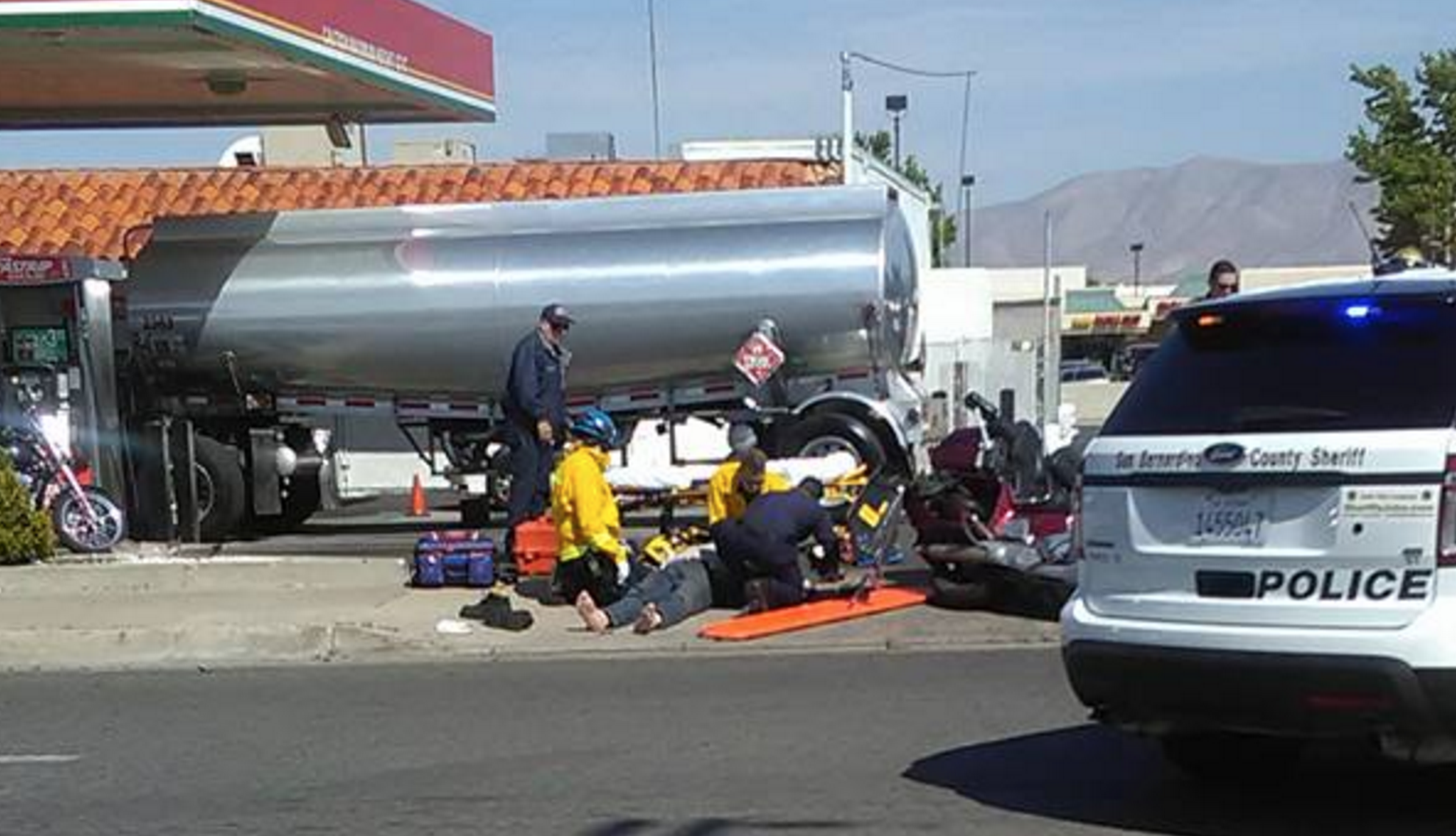 HESPERIA-(VVNG.com):  Just after 3:15 p.m. on Wednesday afternoon deputies from the Hesperia Station responded to a motorcycle-involved traffic collision on Main Street near G Avenue.

Upon arrival they located a 65-year-old Hesperia man lying on the driveway area of Fastrip Gas Station.

San Bernardino County Sheriff’s Hesperia Station Spokeswoman, Karen Hunt told Victor Valley News that the motorcyclist was making a left turn on his Honda motorcycle and was struck by an oncoming Nissan sedan.

He was transported to Desert Valley Hospital for the complaint of pain.

No other injuries were reported as a result of the incident and the driver of the Nissan remained at the scene.