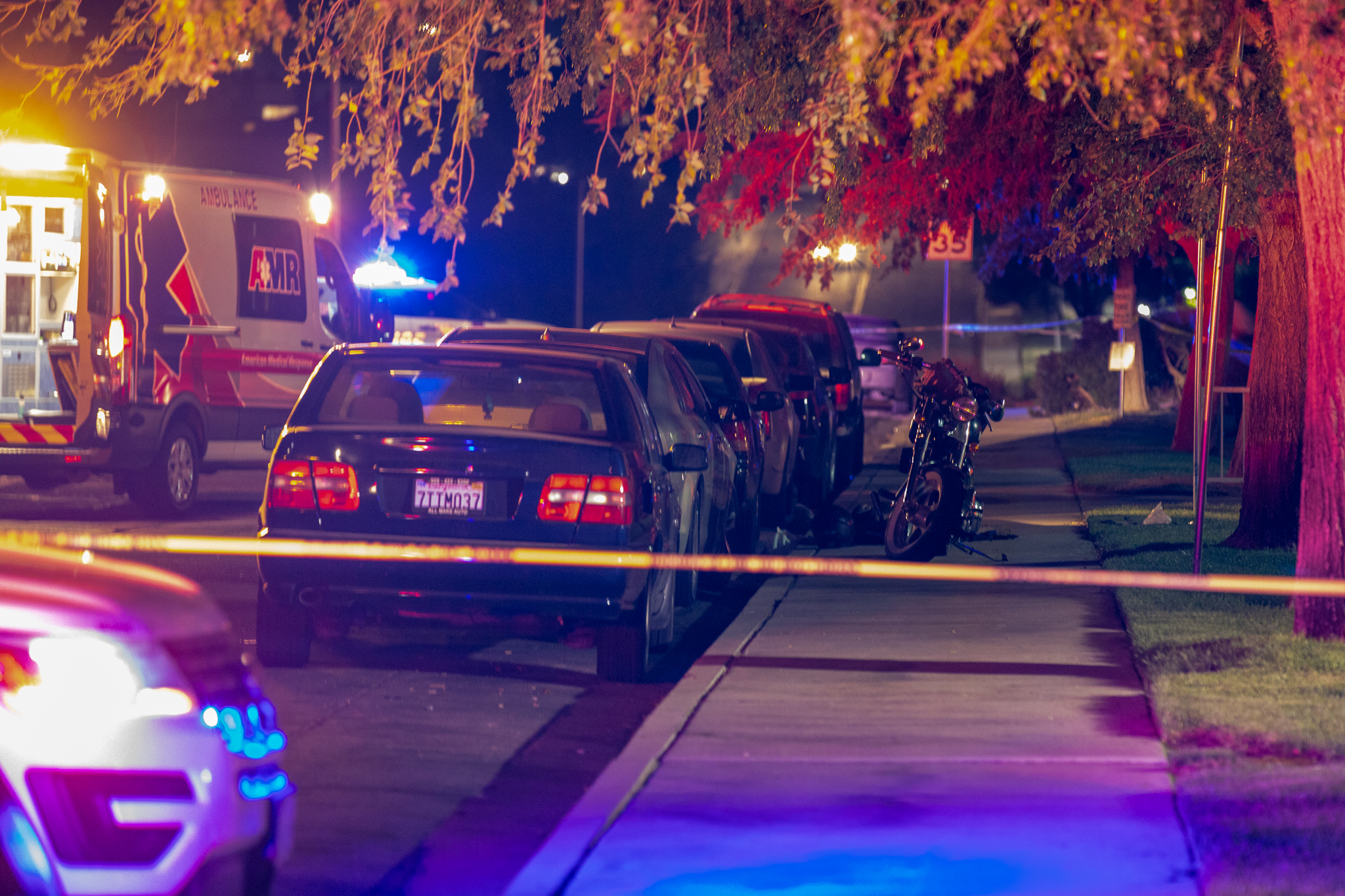 VICTORVILLE, Calif. (VVNG.com) — First responders responding to a report of a possible motorcycle crash found the rider down on the sidewalk suffering from gunshot wounds, officials said.

Deputies and paramedics responded and discovered the motorcycle rider had been shot, officials said.

Despite lifesaving efforts, the victim, identified as Shane Walker, 45, of Victorville, did not survive and was pronounced deceased at the scene.

According to a sheriff’s news release, deputies secured the crime scene which encompassed a large area of the apartment complex parking lot.

Officials said the suspect fled prior to deputies arrival and remains outstanding.  Detectives are working to identify and locate the suspect and any witnesses.

Anyone with information about this crime is asked to contact the San Bernardino County Sheriff’s Department – Specialized Division at (909)-387-3589.  Callers can remain anonymous and contact We-Tip at 800-78-CRIME or www.wetip.com.