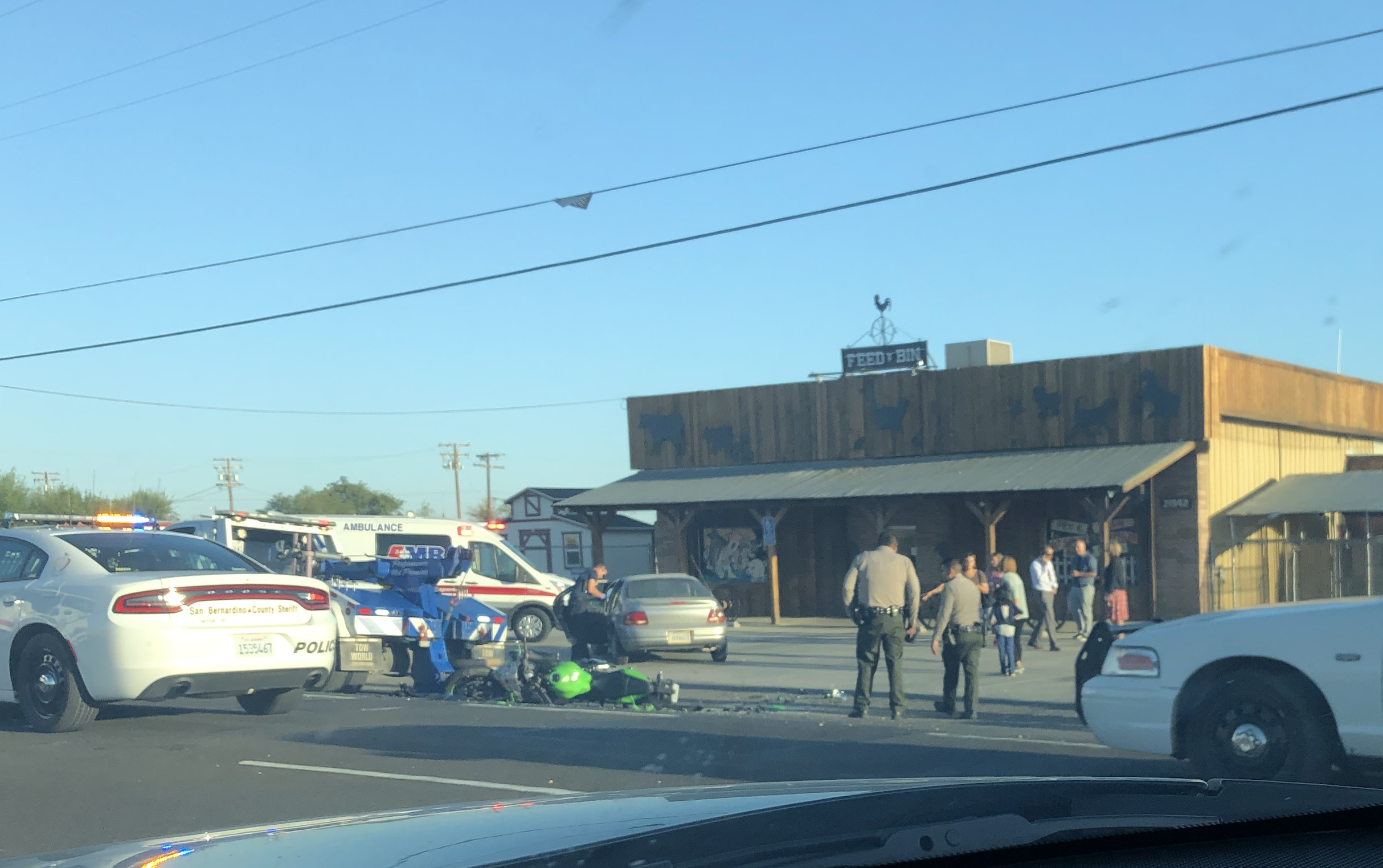 APPLE VALLEY, Calif. (VVNG.com) — A motorcyclist injured in a traffic collision Tuesday morning in Apple Valley was airlifted to a trauma center.

It happened at about 6:41 am on August 27, 2019, in the 21900 block of Bear Valley Road in front of the Feed Bin and involved a lime-green motorcycle and a gold-colored four-door sedan.

Emergency personnel responded and treated a female driver and two small children seated in the back seat of the car for minor cuts from broken glass.

A medical helicopter was requested to airlift the rider of the bike to an out of area trauma center.

Victor Valley News Group member Lizzie Marie Hardy drove by after the accident. According to Lizzie, the vehicle made a u-turn causing the bike to hit the side. “The rider was moving but looked really injured,” she said.

Another witness said the rider was a young man and he was thrown pretty far from the bike described as a newer Kawasaki.

The official cause of the crash remains under investigation by the Apple Valley Sheriff’s Station.