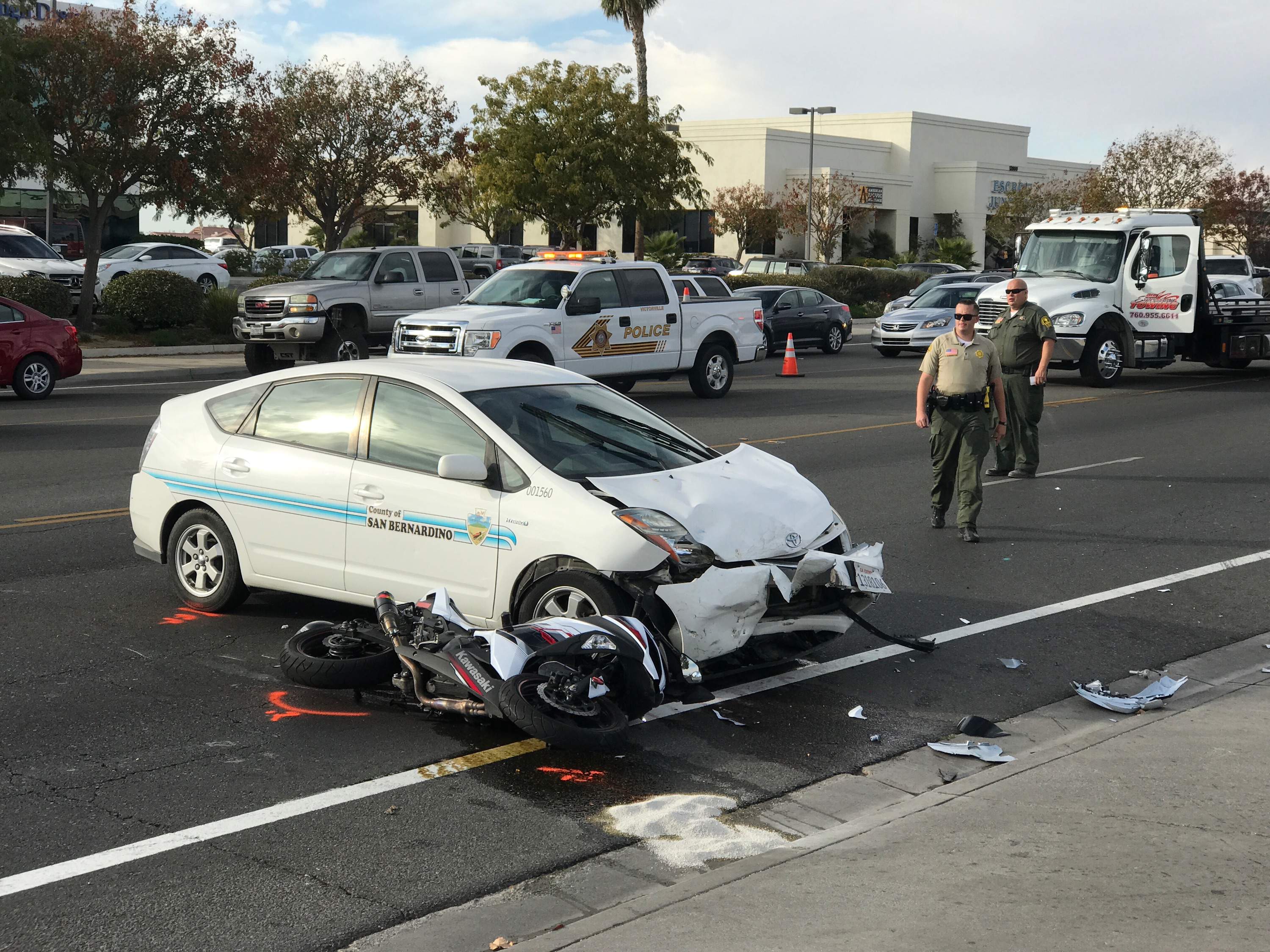 VICTORVILLE, Calif. (VVNG.com) A County of San Bernardino vehicle and a motorcycle were involved in a traffic collision Monday afternoon.

It happened at about 3:27 p.m., at the intersection of Hesperia and Silica Roads in Victorville.

When emergency crews arrived, they located a 2009 Toyota Prius and a Kawasaki motorcycle had collided in the northbound lanes.

According to a witness, the motorcyclist was traveling northbound on Hesperia Road when the Prius attempted to make a left-hand-turn from southbound Hesperia Road into the Well’s Fargo parking lot.

The patient was transported by ground ambulance to Arrowhead Regional Medical Center.

The crash created a traffic jam for motorist in the area as the San Bernardino County Sheriff’s deputies photographed the scene. The cause of the crash remains under investigation.