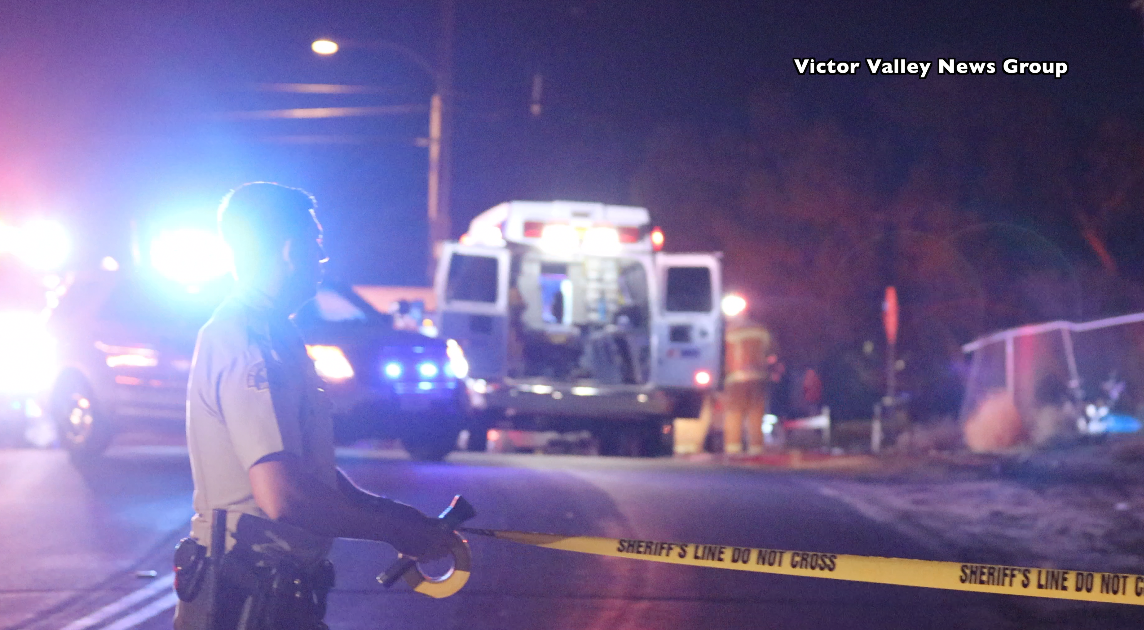 A San Bernardino County Sheriff’s Deputy from the Apple Valley Police Station activated his lights and sirens near Sitting Bull and Kiowa Roads in an attempt to pull over a motorcycle rider just after 9 pm, confirmed Deputy Marshall.

The rider, an adult male, was able to flee from the deputy at a high-rate-speed northbound on Kiowa Road. A short distance later, the rider crashed into a chain linked fence and was ejected.

An American Medical Response (AMR) ambulance was in the area responding to another call and was able to respond within minutes, however, the rider was pronounced deceased on scene.

The immediate area is expected to remain closed for several hours while the Major Accident Investigation Team responds to investigate.