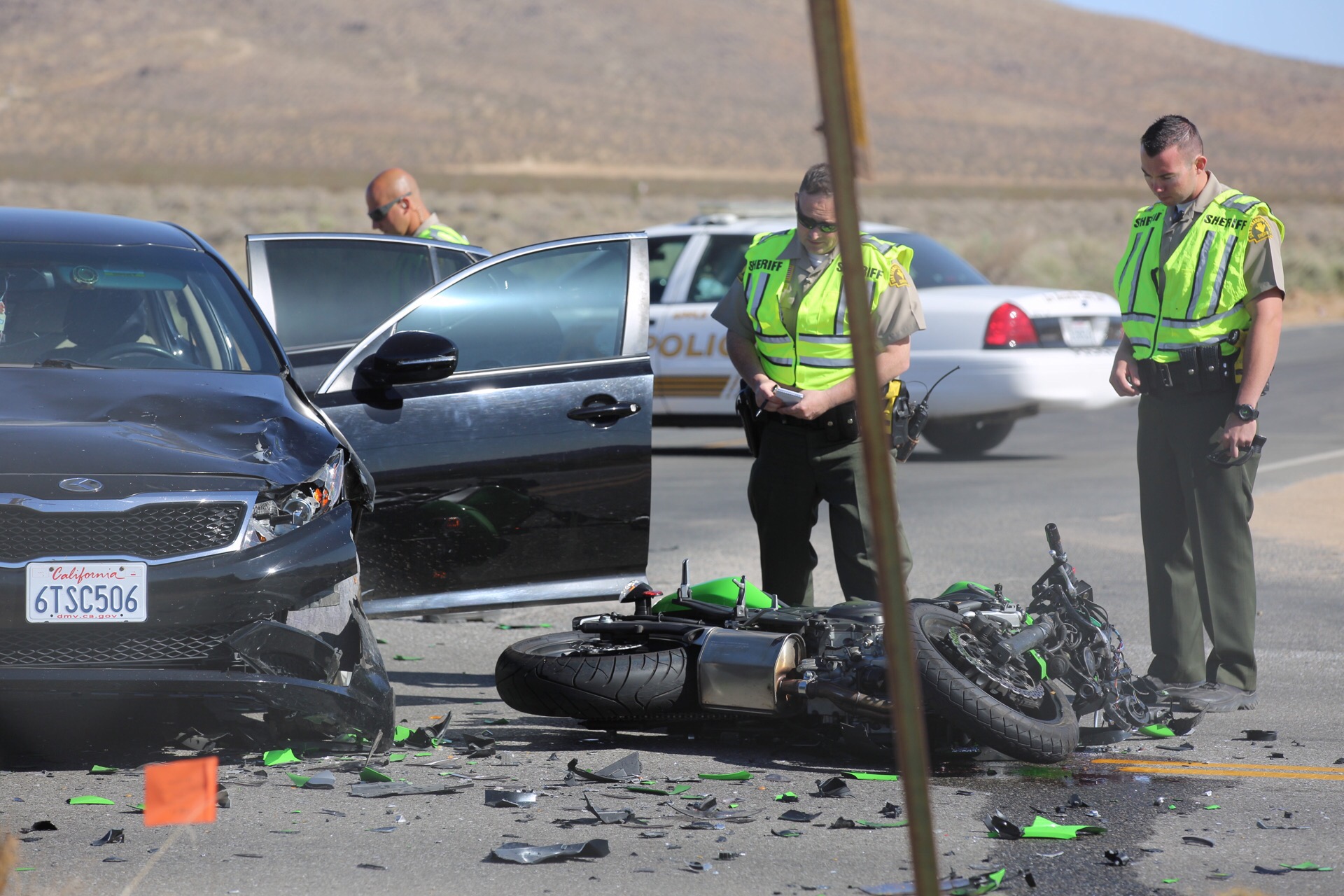 On Thursday, April 16 2015, at approximately 6:45 A.M., dispatch received a call reporting a vehicle and a motorcycle had collided at the intersection of Waalew Road and Dale Evans Parkway.

The vehicle involved in the accident is a black four door Kia. The motorcycle is a Green & black Kawasaki.

Please be aware that hard road closures are currently in place in the following areas:

According to officials, the roadway is expected to be closed until 1:00 P.M., while an investigation is conducted.

The name of the motorcyclist described as an adult Female is being withheld pending notification of next of kin.