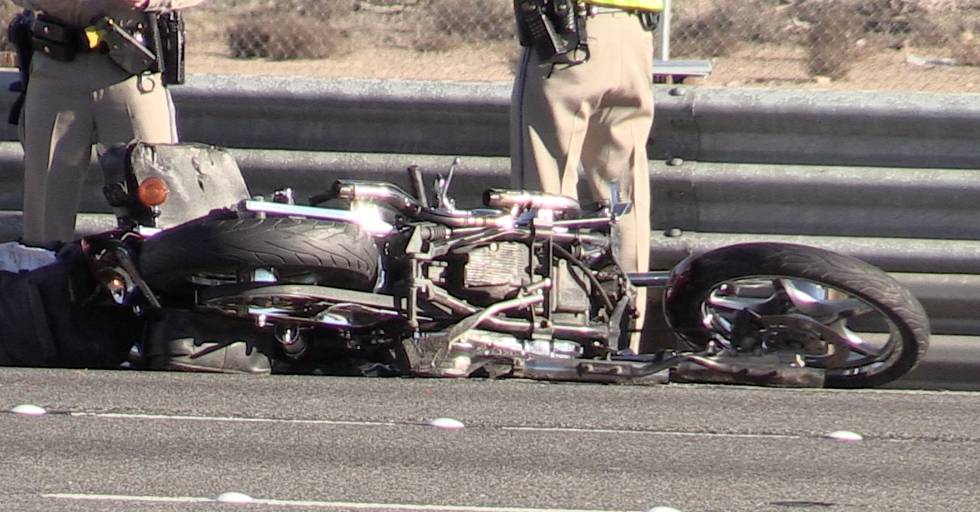 HESPERIA-(VVNG.com): On December 22 at approximately 1:54 PM a traffic collision was reported on the 15 freeway southbound just south of Highway 395 and north of the Ranchero Road bridge. The collision took place between a vehicle and a motorcycle in the #1 lane when the motorcyclist reportedly hit the back of the white Honda Pilot causing the motorcyclist to be catapulted from the motorcycle onto the freeway.

Vehicles stopped in the center divider of the freeway, to render aid to the motorcyclist. CPR was administered to the victim laying in the roadway with several vehicles stopped and people surrounding him. At approximately 2:15 PM the victim was pronounced dead at the scene.

The identity of the victim has not been released. More information will be updated as it becomes available.

For the latest news be sure to join our Facebook group with over 51,000 members www.facebook.com/groups/victorvalleynews