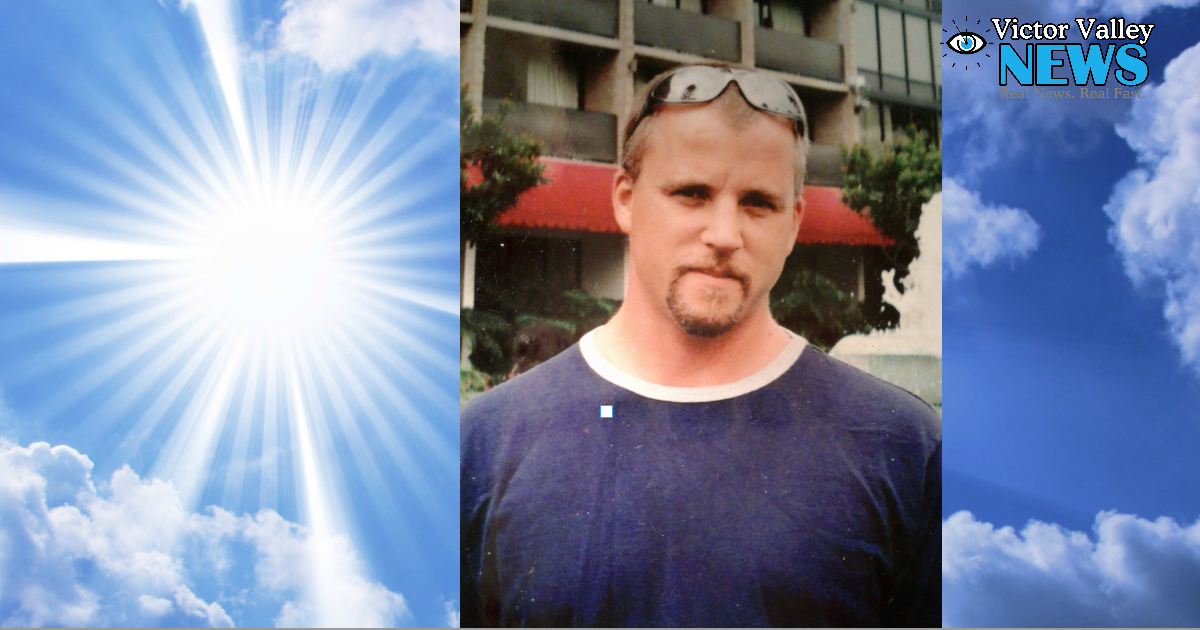 Shirley died after he was ejected from his motorcycle, landing in the westbound lane of Phelan Road, east of Fremontia Road. The rider, who was wearing a DOT approved full face helmet, was subsequently struck by a Ford Pickup truck, sustaining fatal injuries, officials stated.

The crash happened on Monday, November 21st, at 6:29 p.m. at Fremontia Road and Phelan Road.

CHP said the Honda Pilot failed to observe the motorcycle prior to turning.

Mary Ann Cunningham was married to Jason Shirley for 11 years, and told Victor Valley News, “What do you do or say when the police show up at your door to inform you that one of your family members has been killed. I have seen it 100 times on television but could have never imagined it would become knocking on my door… He was a friend to many and a very likable person. Our hearts will have a forever void nothing can fill.”

Jason is survived by his daughter and granddaughter, his first wife and stepchildren, and Mary Ann Cunningham and her children Terrence and Ashley Brosch, Rena and Hayley Cunningham.

The driver and three children passengers of the Honda Pilot and Ford pickup were uninjured.

Drugs or alcohol is not suspected to be a factor in this collision.

The crash remains under investigation by CHP. If anyone has information about this collision, they can contact the CHP at (760)241-1186.