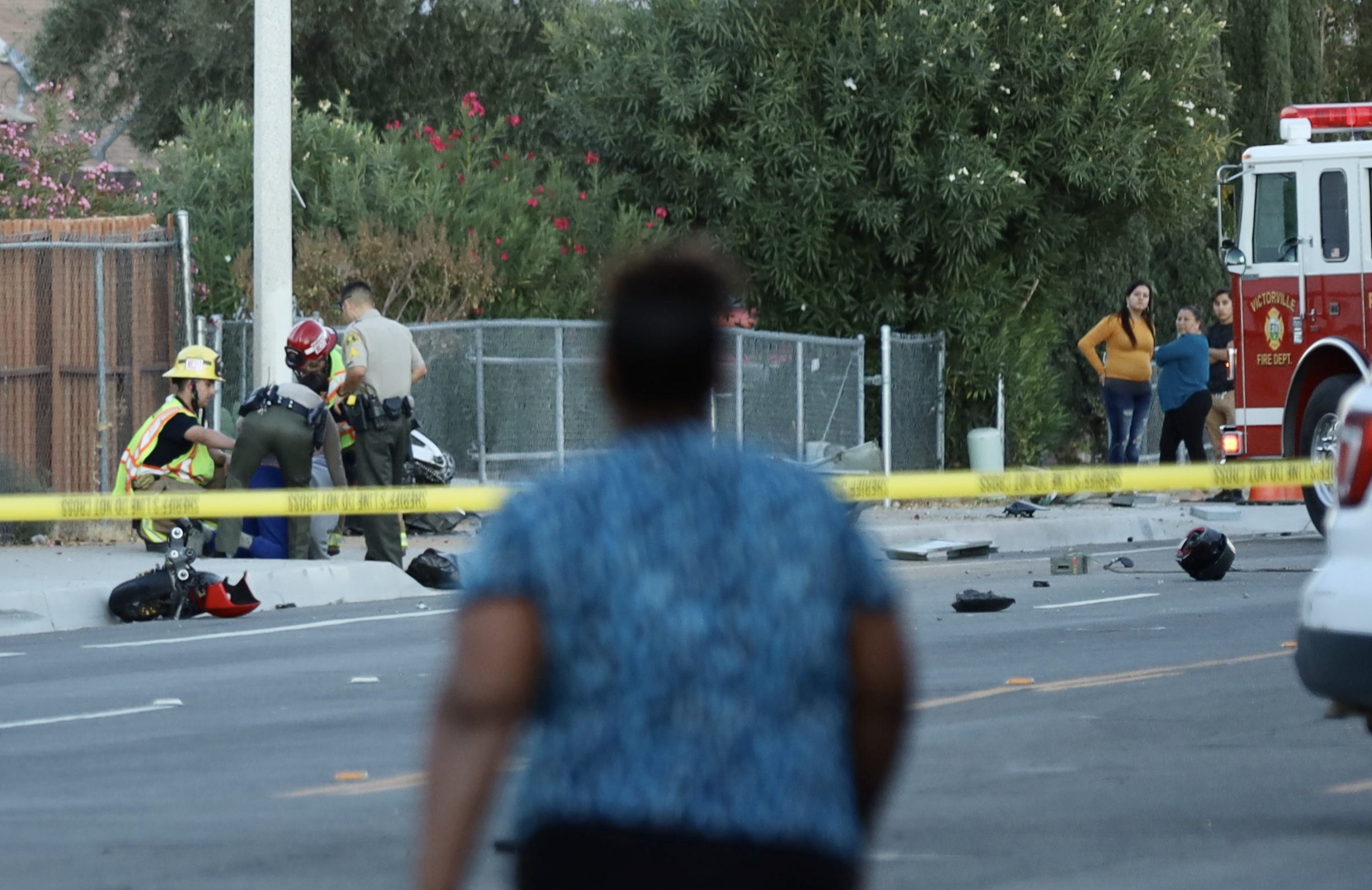 VICTORVILLE, Calif. (VVNG.com) — A motorcycle rider was killed in a crash in Victorville Sunday night.

According to the Victorville Fire Department, they responded to a solo motorcycle crash at 3:56 p.m. on the 14300 block of La Mesa Road, between Pacoima Road and Cinnamon Lane.

Upon arrival, emergency crews pronounced the male rider deceased at the scene.

Family of victim began arriving on scene moments after the incident.

One family member told Victor Valley News that the victim was her nephew who had just left home moments before.

Deputies from the Victorville Police Department shut down La Mesa Road between Cinnamon Lane and Pacoima Road until further notice.

Pieces of the red motorcycle were scattered in the roadway and a portion of the bike was at the base of a light pole.

Amongst the debris was twisted metal belonging to a nearby utility box that appears to have been impacted during the crash.

Southern California Edison was requested to the scene to secure the electrical box.

The man’s identity’s is being withheld until further notice.

The cause of the crash is under investigation by the San Bernardino County Sheriff’s Department Victorville Station.