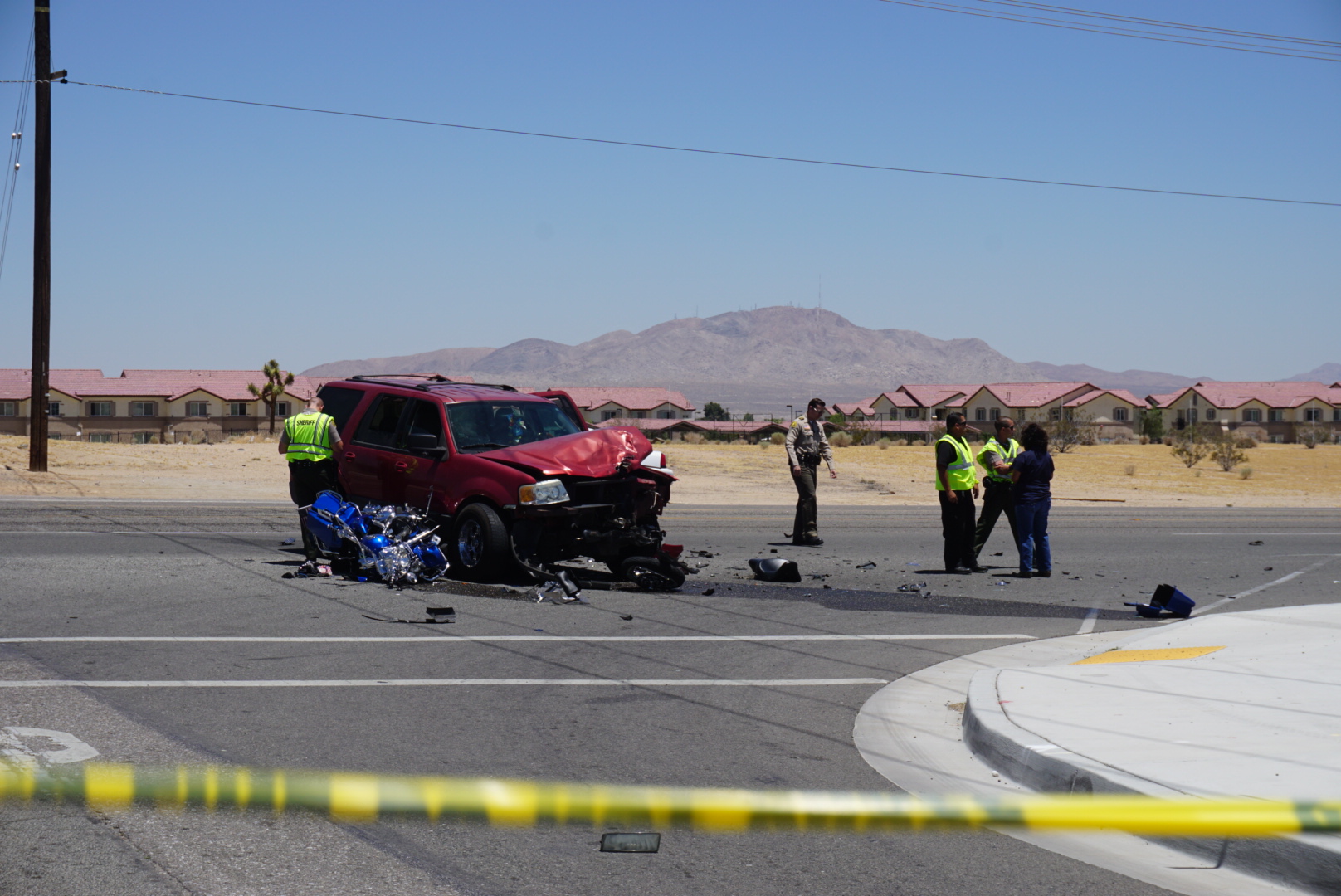 VICTORVILLE:(VVNG.com)- Police are investigating a motorcycle accident that left one person dead. The collision was reported at about 10:40 am, on Thursday, June 16, 2016.

According to Sgt. Pennington, a maroon Ford Expedition was traveling westbound on Palmdale Road and a blue motorcycle was traveling in the opposite direction. The SUV attempted to make a left-hand turn onto Delgado Road when the two collided.

CPR was rendered but unfortunately, the driver of the motorcycle a 61-year-old male was pronounced deceased at the scene. There were no other injuries reported.

Authorities told Victor Valley News drugs or alcohol have not been ruled out as a possible factor in the collision.

Palmdale Road is shut down in both directions between El Evado Road and Cahuenga and is expected to remain closed for several hours.

The identity of the deceased is being withheld pending notification of next of kin.