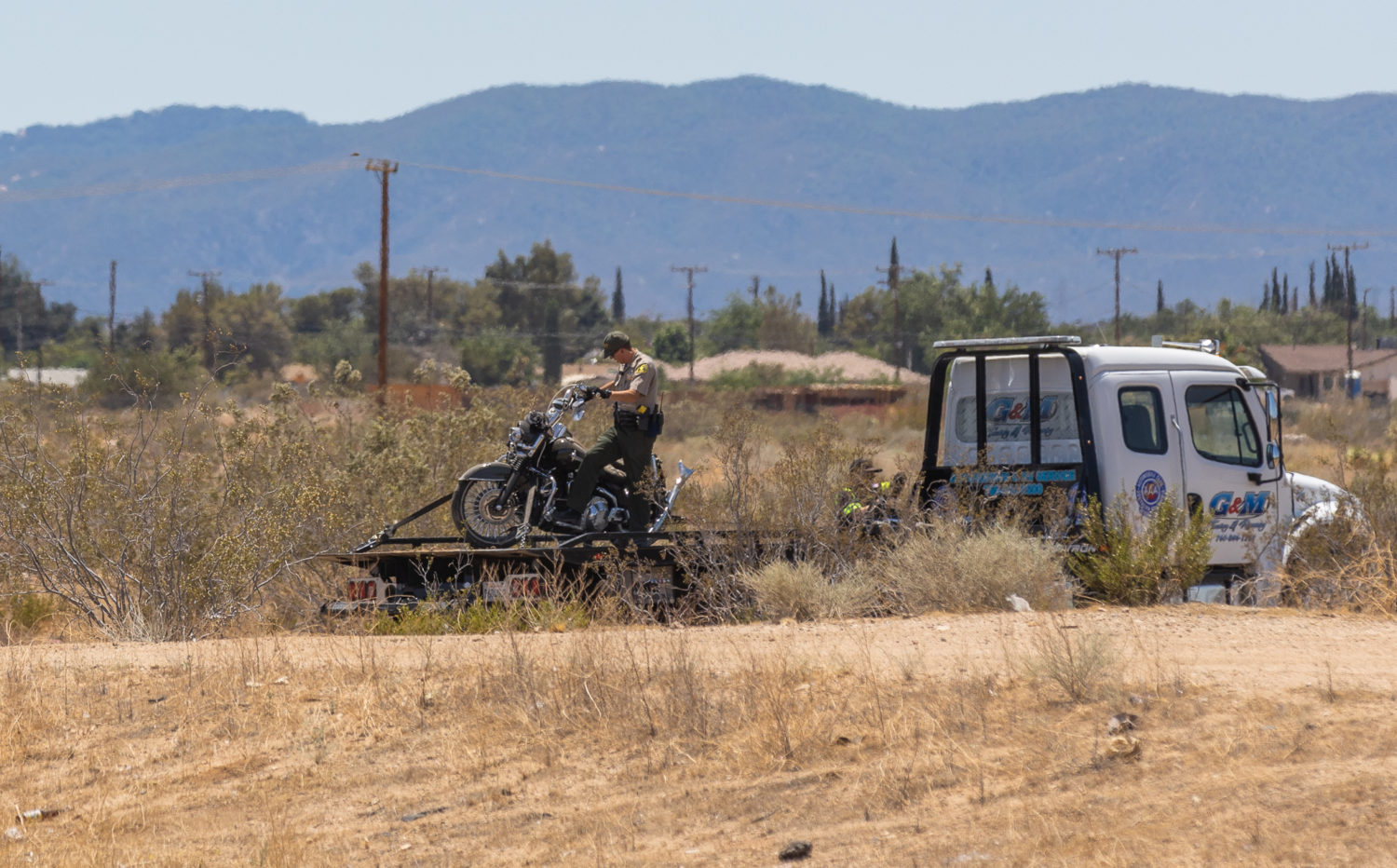 HESPERIA, Calif. (VVNG.com) — Authorities are investigating a crash that left a motorcyclist dead in Hesperia.

It happened at about 7:50 am, on Sunday, June 27, 2021, in the 10600 block of Hesperia Road, south of Lemon Street. Emergency personnel arrived on scene and found the motorcyclist and the bike along the shoulder of the roadway.

The body of the rider was picked up by a coroner van from the scene of the accident. The identity of the deceased rider will be released by the coroner’s office.

Sheriff’s spokeswoman Cindy Bachman said it wasn’t clear if it was a single vehicle collision or if there are any other vehicles involved.

Hesperia Road was closed in both directions for several hours as the Hesperia Sheriff’s Major Accident Investigation team conducted the investigation.