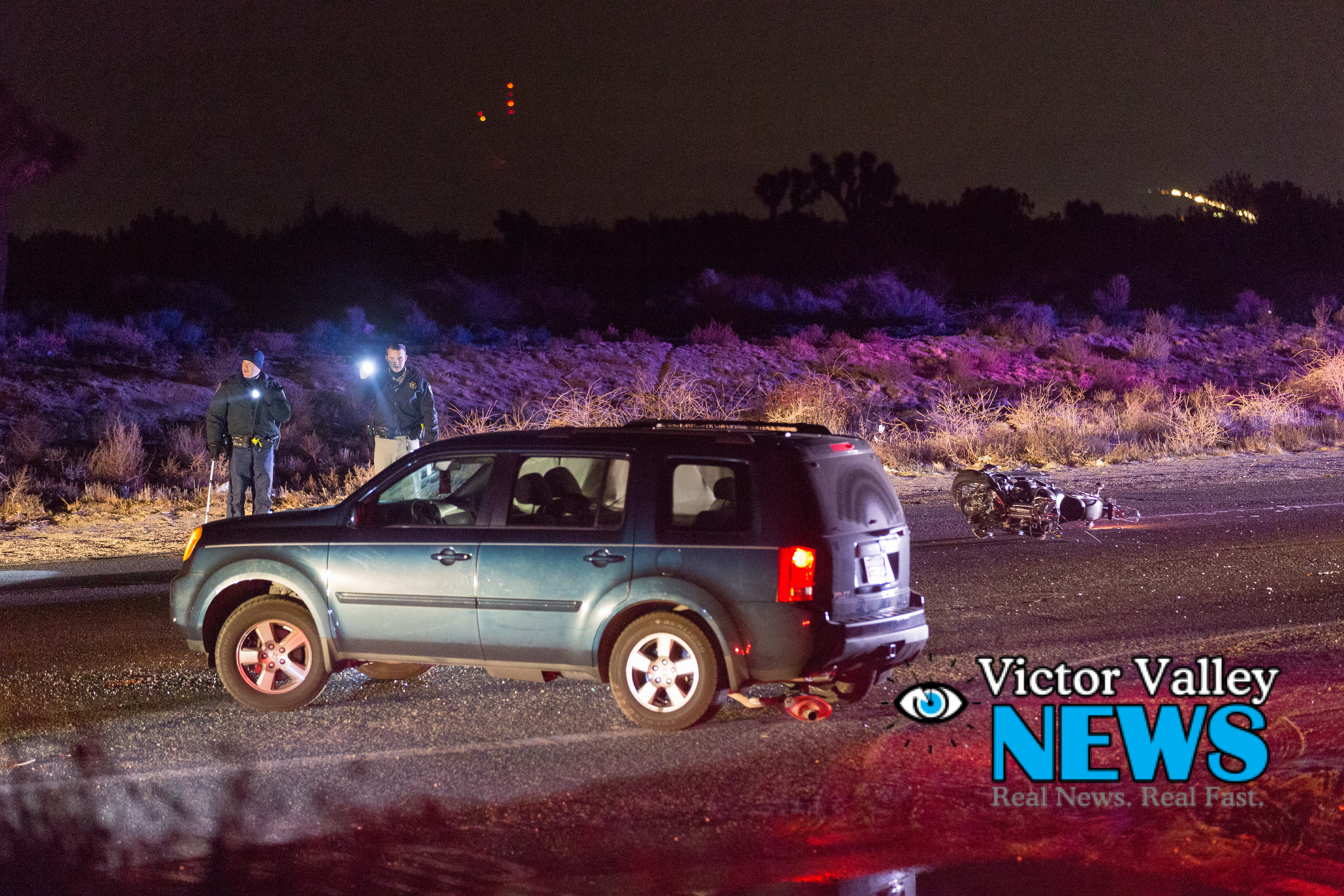 The call was dispatched at approximately 6:30 p.m. indicating a vehicle vs. a motorcycle on Phelan Road near Fremontia Road.

For reasons still unknown, a Honda Pilot and a black and chrome Harley Davidson motorcycle collided near the intersection.

When authorities arrived on scene it was determined the motorcyclist suffered fatal injuries and was immediately pronounced deceased.

Phelan Road is currently closed in both directions between Highway 395 and Bellflower Street while officers process the scene.

At this time the cause of the fatal collision remains under investigation by the California Highway Patrol. Information will be updated as it becomes available.

A black Harley Davidson with chrome finishing laid in the roadway after it collided with a Honda Pilot, killing the motorcyclist. (Gabriel D. Espinoza, Victor Valley News)