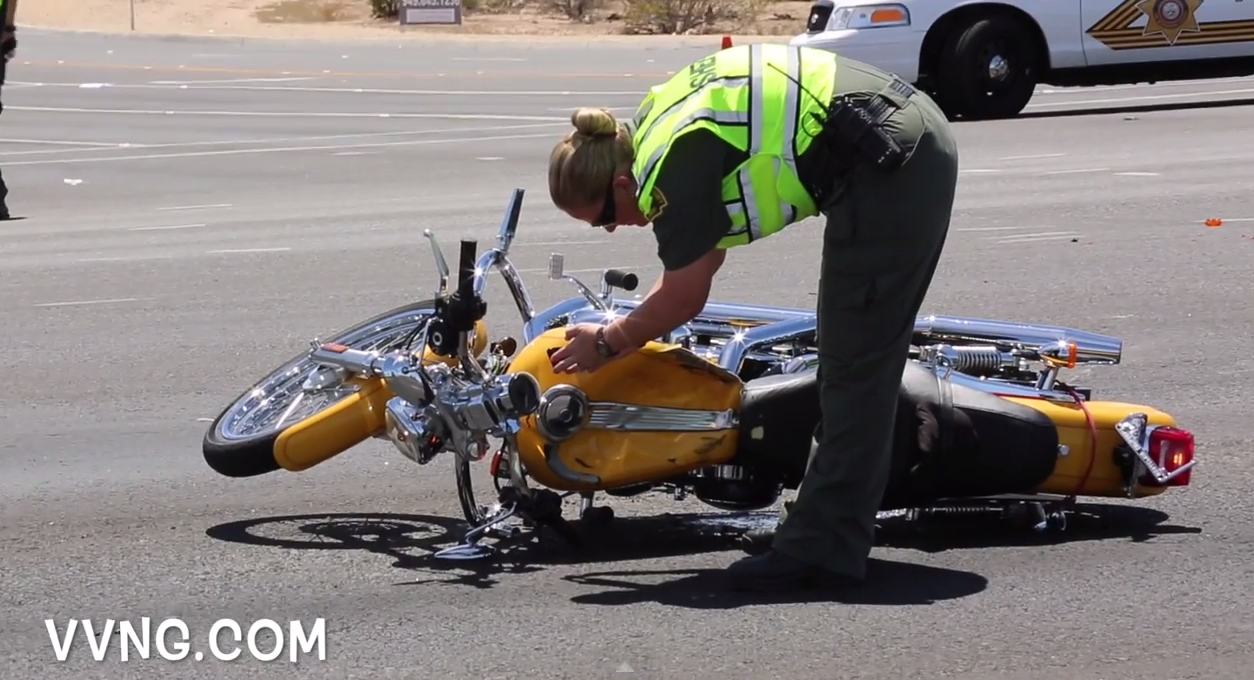 58-year-old Victorville resident Bobby DeAragon was killed in a motorcycle accident on May 1, 2014.

VICTORVILLE: A 58-year-old man has died in a motorcycle accident following a collision with a pickup truck at the intersection of Nisqualli Road and Mariposa Avenue in Victorville.

The rider who received major injuries was transported by ground ambulance to a local area hospital. Where he succumb to his injuries a short time later.

Family and friends have taken to Victor Valley News Group on Facebook to grieve over the loss of a well-known man, described as a very loving father, uncle and born again Christian. The deceased man has been identified as Bobby DeAragon a resident of Victorville.

San Bernardino County Sheriff’s Deputies responded to the call just after 12:30 p.m., on Thursday. According to witnesses, DeAragon was riding a yellow Harley Davidson Roadster motorcycle traveling southbound on Mariposa Avenue. He was attempting to make a left onto Nisqualli Road when for unknown reasons he lost control and flew off the motorcycle and landed in the northbound lanes of the intersection. That’s when he was struck by a green pickup truck traveling in the opposite direction.

The unidentified driver of the pickup truck who was visibly distraught remained at the scene and fully cooperated with authorities through out the investigation.