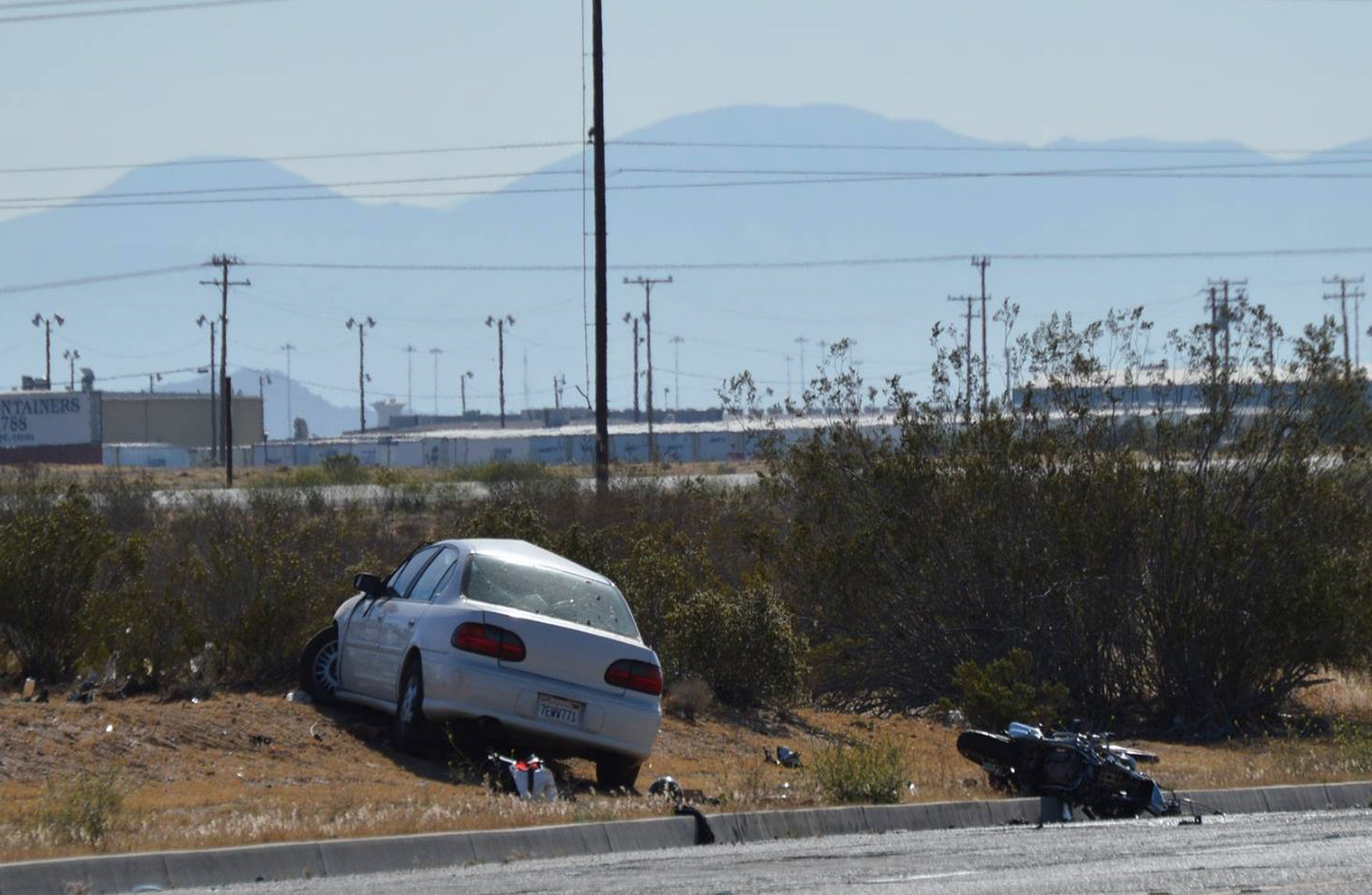 ADELANTO-(VVNG.com): At approximately 6:30 A.M., on Tuesday, May 26, 2015 dispatch received a report of a traffic collision just west of highway 395 and Rancho Road in Adelanto. The collision involved a vehicle and a motorcycle.

Deputies, Firefighters and AMR units responded to the scene to find the 59-year-old Hispanic male adult motorcycle rider receiving CPR. The CPR was unable to save the man’s life and he was pronounced dead at the scene.

Alexia Martinez, the driver of the white Chevy Malibu, was transported to Victor Valley Global Medical Center for treatment of her injuries. Martinez is in stable condition.

Alcohol or drugs are not believed to be a contributing factor in the collision.

A hard road closure was requested from Highway 395 and Rancho Road to Rancho Road and Bellflower Street while the Major Accident Investigation Team (M.A.I.T) conducted an investigation.

The motorcyclist name is being withheld pending notificaiton to next of kin.

Second Suspect Arrested in Connection with the Murder of Jimmy Felix