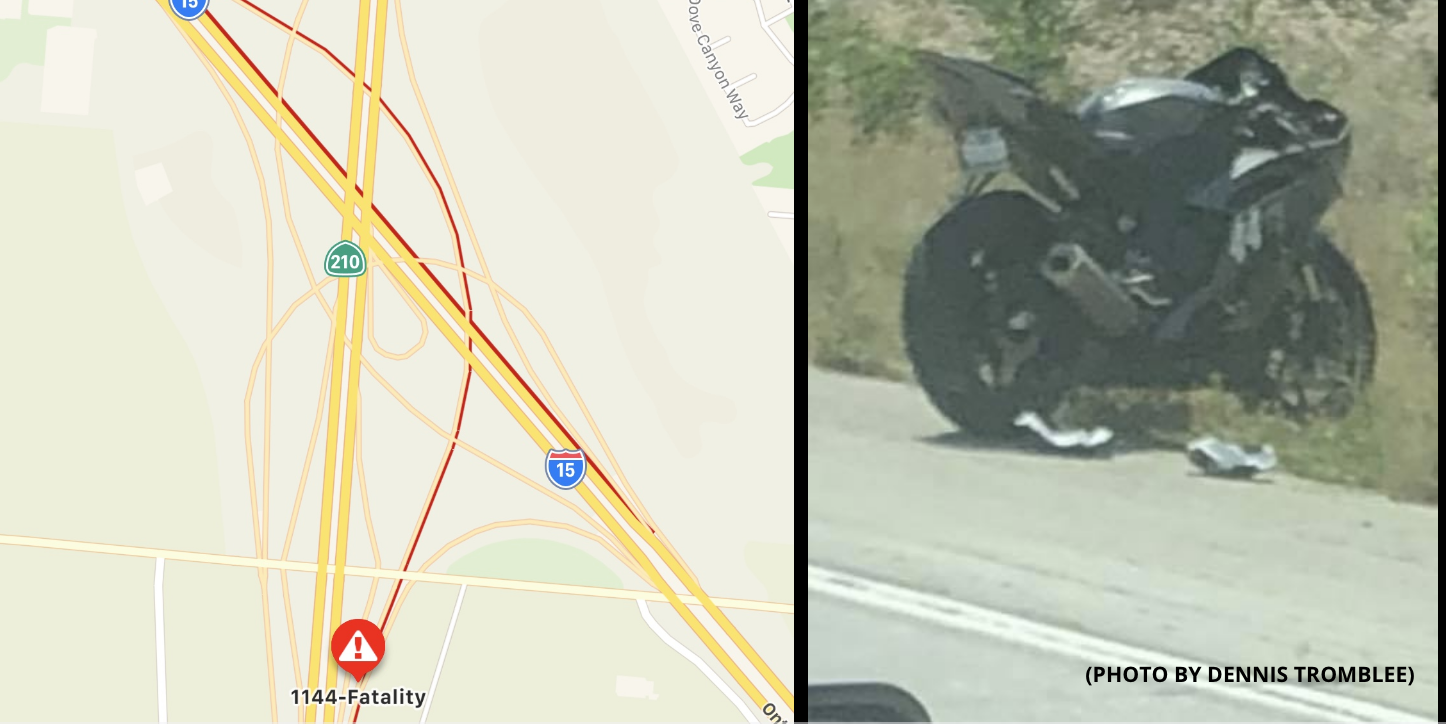 RANCHO CUCAMONGA, Calif. (VVNG.com) — A motorcyclist involved in a crash with a semi was killed on the westbound I-210 freeway, at the I-15 south interchange on Sunday afternoon.

According to the California Highway Patrol incident logs, at about 2:12 pm dispatch received calls from motorist reporting the motorcycle for splitting lanes and swerving prior to going down.

For reasons still unknown, the rider lost control of the bike and crashed on the I-210 west to the I-15 south connector. The rider was allegedly run over by a semi after being ejected from the bike.

Good Samaritans stopped to help and pulled the motorcycle from the no.5 lane and onto the right-hand shoulder.

The rider was reported to be down in the no.4 lane. First responders arrived and pronounced the male rider deceased at the scene.

A Fed Ex truck, believed to have been involved in the accident stopped just north of Baseline and cooperated with authorities.

CHP has shutdown the no.4 lane as they conduct their investigation.

The identity of the deceased will be released by the San Bernardino County Coroner’s Office pending notification of next of kin.

CalTrans issued a SigAlert at 2:28 pm for the I-210 W to the I-15 south connector for approximately 1 hour due to the accident.