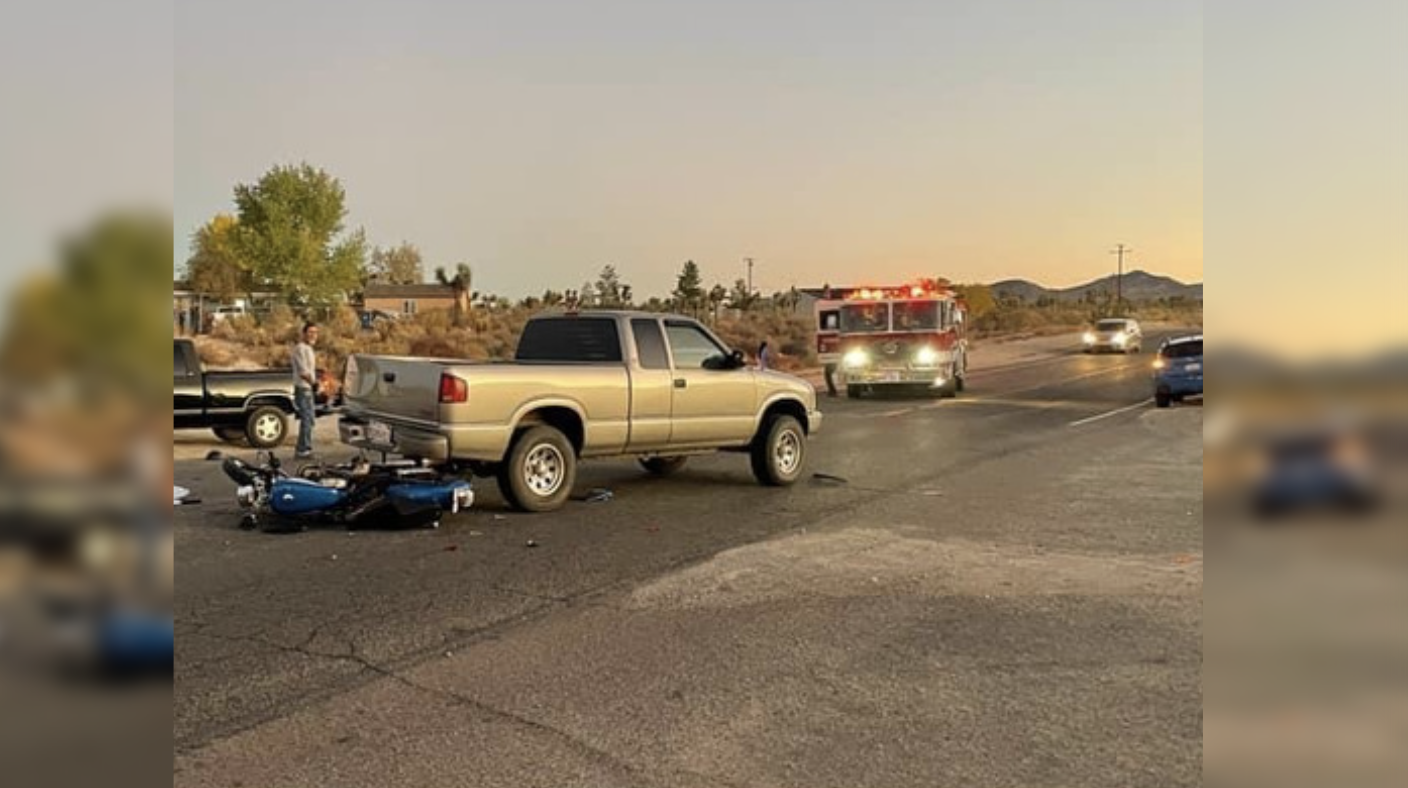 PHELAN, Calif. (VVNG.com) — A motorcyclist who died after hitting the back of a pickup truck Thursday evening in Phelan was identified as Roger Edwin Moss, 65, a resident of Phelan.

Sarah J. Bailey commented in the Phelan lowdown 2.0 Facebook group and said the motorcyclist was driving crazy and passing people. “truck stopped to turn and the motorcycle ran into the back of him.”

San Bernardino County firefighters responded to the incident and pronounced the rider deceased at the scene.

Kevin R. Weiland also commented on the Phelan lowdown 2.0 post and said the rider killed was his aunt’s husband and they had just gotten married last month.

The driver of the pickup truck was not injured and cooperated with the officers. Sheep Creek Road was closed in both directions for several hours during the investigation.

The California Highway Patrol Victorville Station is handling the investigation into the crash.

Driver airlifted after crash on Johnson Road in Phelan