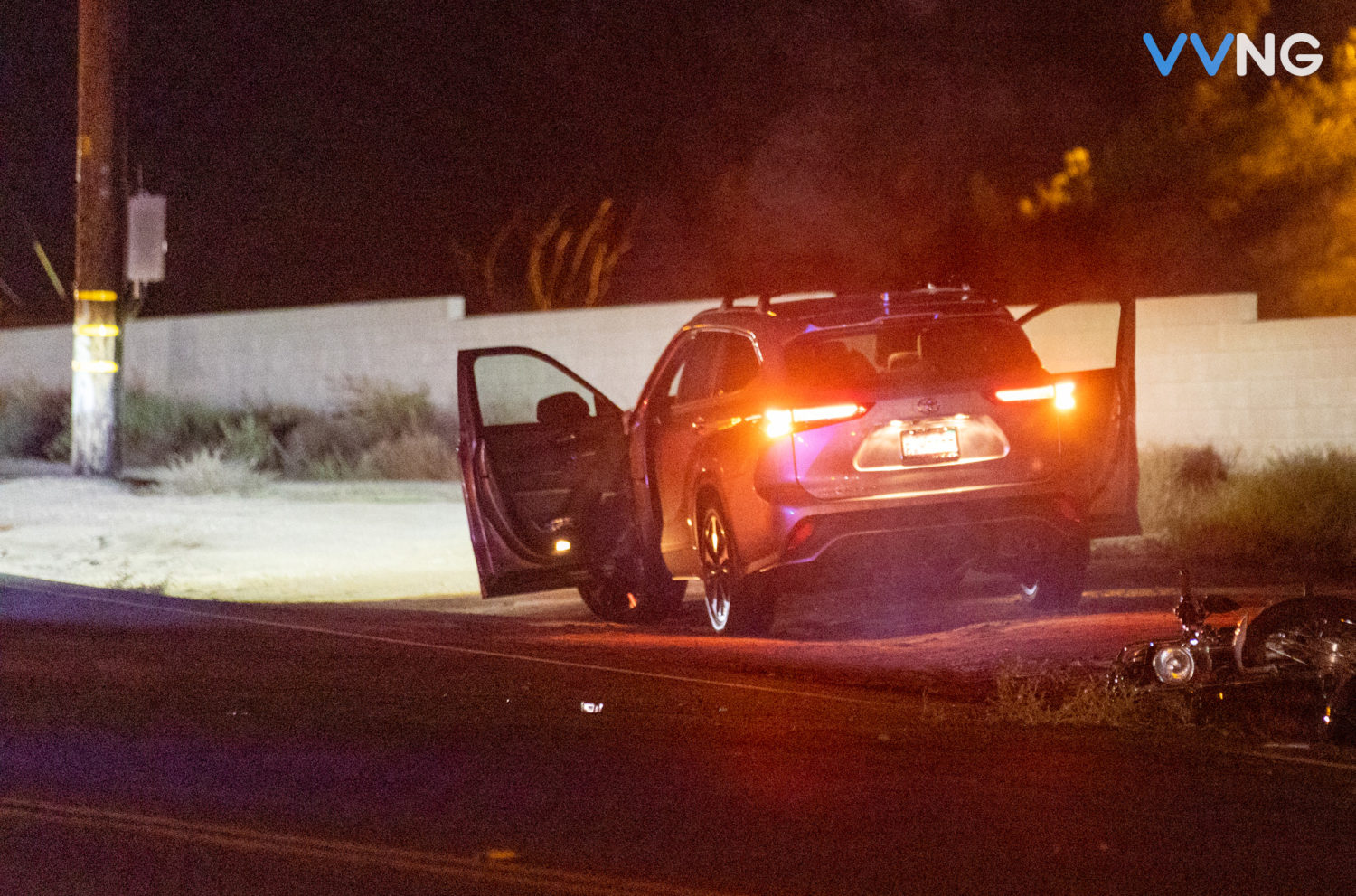 HESPERIA, Calif. (VVNG.com) — A 32-year-old motorcyclist from Victorville was killed in a traffic collision Thursday night.

It happened at about 8:09 pm, on October 28, 2021, along Ranchero Road near Kouries Way, just east of the I-15 freeway. The crash involved a black 2000 Harley Davidson Sportster and a silver 2021 Toyota Highlander SUV.

Upon arrival, deputies determined there was a train crossing over Ranchero Road east of Kourie Way, causing eastbound traffic to back up toward the west. Due to the traffic delay, the motorcycle made a U-turn.

Sheriff’s officials said the Highlander was also stopped in traffic and in the process of making a U-turn to go west when the motorcycle collided into the SUV and left the roadway.

Emergency personnel pronounced the rider deceased at the scene. The driver of the SUV, a 67-year-old male from Hesperia, was not injured and remained at the scene during the investigation.

Authorities said at this time, it is unknown if drugs and/or alcohol were a factor in the collision and the exact cause remains under investigation. The identity of the deceased male rider is pending notification of the next of kin.

Ranchero Road from Kourie Way to Outpost Road was closed for several hours while deputies from the Hesperia Major Accident Investigation Team (MAIT) processed the scene and interviewed witnesses.

Anyone with information, or anyone who may have witnessed the collision is asked to contact Deputy T. Rogoff or Deputy F. Zavala at the Hesperia Station.  Callers wishing to remain anonymous should contact the We-Tip Hotline at 1-800-78-CRIME or go to www.wetip.com