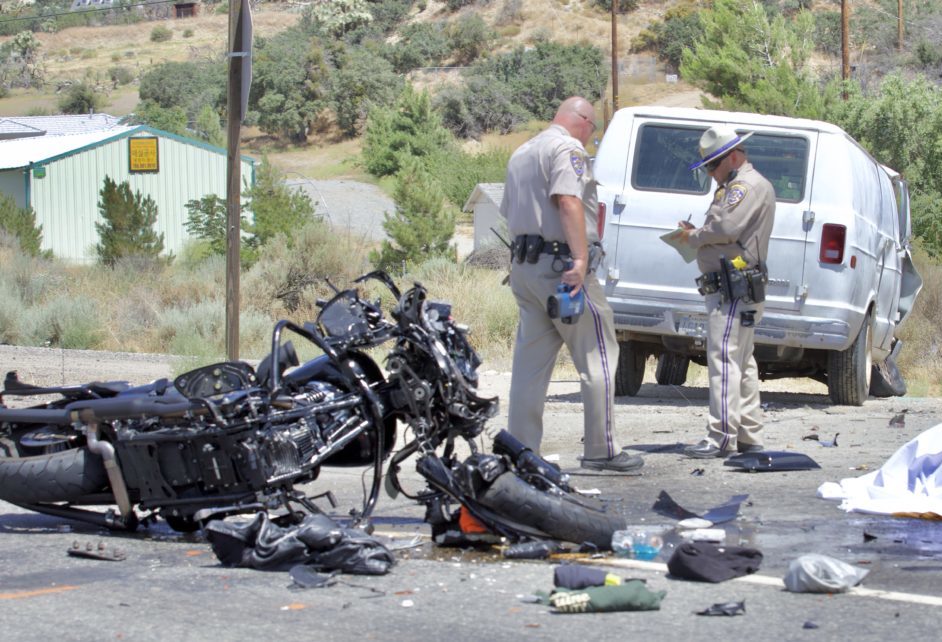 PHELAN, Calif. (VVNG.com) — Officers from the California Highway Patrol are investigating a fatal motorcycle accident that occurred on Highway 138 Sunday.

According to CHP incident logs, on July 28, 2019, a crash involving a motorcycle and a van was reported at 10:51 am near Hess Road.

Per the logs, debris from the crash was scattered across the highway prompting officers to temporarily shut down westbound lanes.

Upon arrival, officers located a white older-model Dodge van with extensive damage to the front passenger side and a black motorcycle down in the no.1 lane along the shoulder. The rider was down in the roadway near the bike.

First responders pronounced the motorcyclist deceased at the scene and covered his body with a white sheet.

The driver of the van was transported to Loma Linda University Medical Center as a precaution.

The identity of the deceased will be released by the San Bernardino County Coroner’s Office.

The California Highway Patrol Inland Division will be investigating the collision.