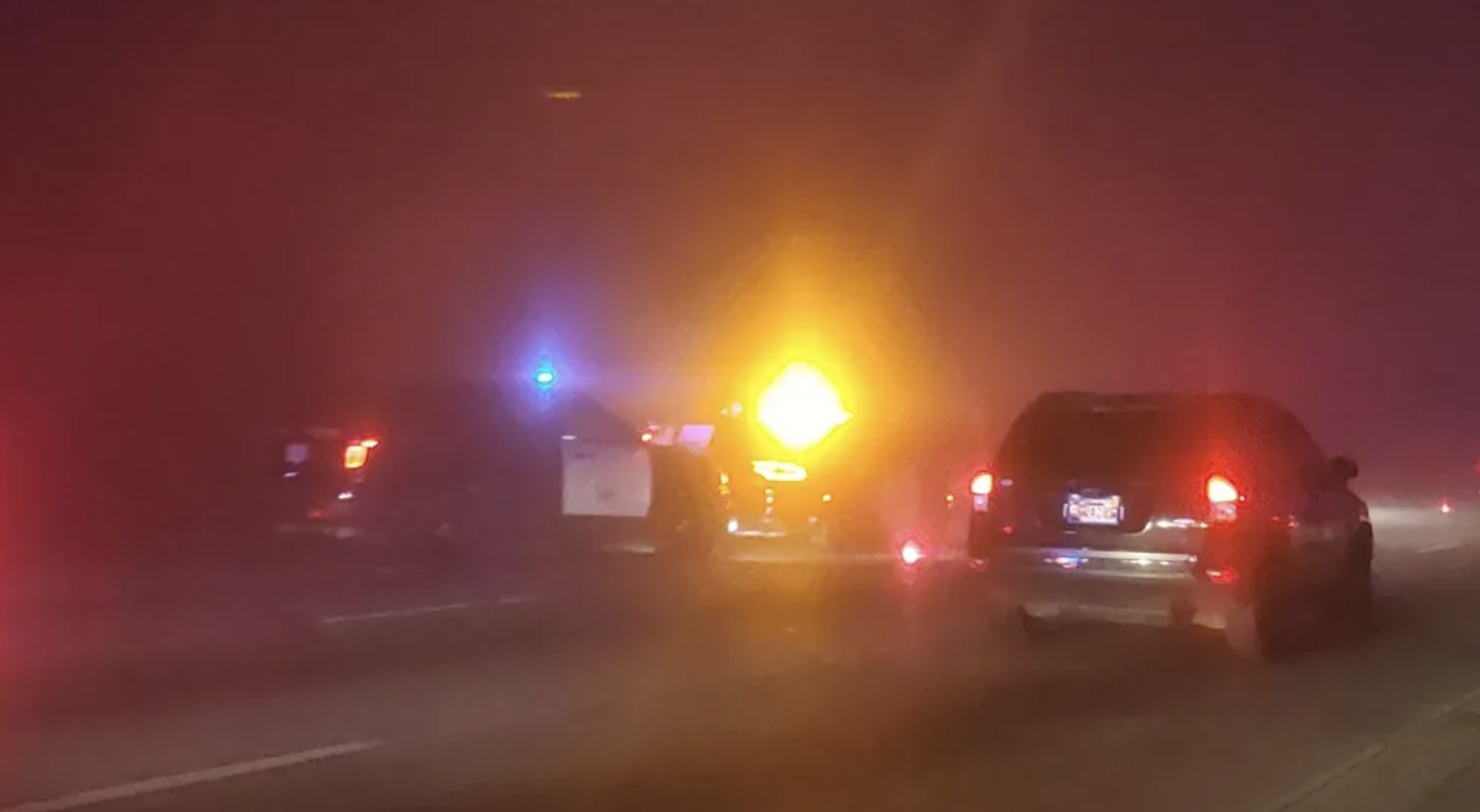 APPLE VALLEY, Calif. (VVNG.com) — The San Bernardino County Coroner’s office identified a motorcyclist killed in a Sunday morning crash on the I-15 in the Cajon Pass.

It happened on April 25, 2021, at about 4:10 am, on the northbound I-15, approximately one mile from Oak Hill Road, and involved a motorcycle and a black sedan.

The motorcyclist, Alex Zwingmann, age 26, a resident of Apple Valley was pronounced dead at the scene at 4:39 am.

According to the California Highway Patrol incident logs, heavy fog was reported in the Cajon Pass prior to the collision.

Northbound traffic on the I-15 was temporarily stopped prompting CHP to issue a SigAlert for several hours. All lanes were re-opened by 6:21 am.