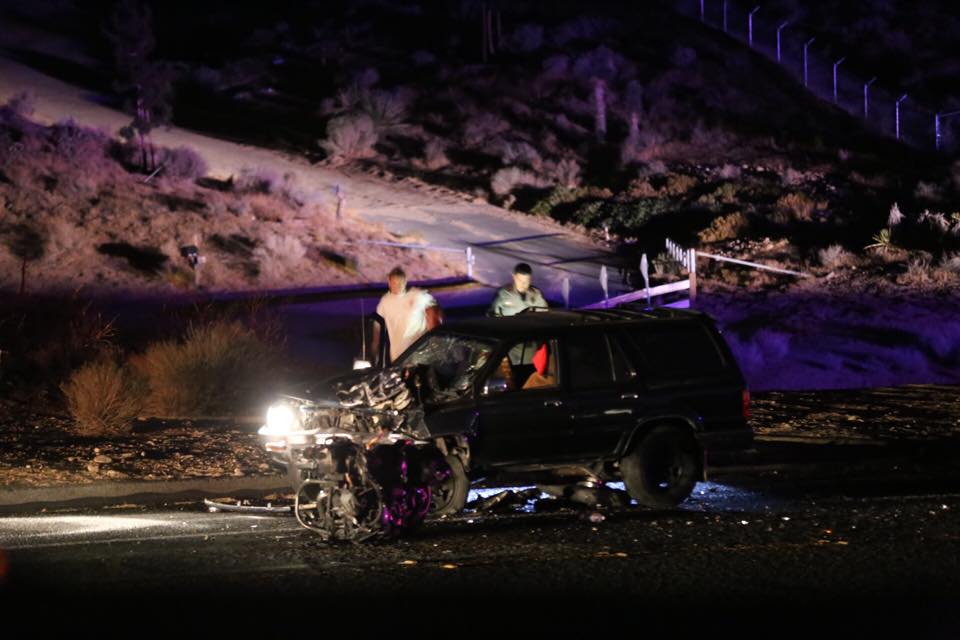 APPLE VALLEY:(VVNG.com)- A motorcyclist was killed after colliding with a vehicle in a Sunday night crash. On September 21, 2014 at approximately 6:39 p.m., Sheriff’s dispatch received a call reporting a traffic collision on Rock Springs Road near Kiowa Road in Apple Valley.

The accident involved a motorcycle and a Toyota 4 Runner. According to scanner traffic, upon the vehicles colliding, the motorcycle was fully engulfed causing bystanders to assist in extinguishing the fire.

The motorcyclist only identified as a male was confirmed dead on arrival. Officials said his identity has been withheld pending notification of next of kin. The driver of the truck was transported to a local hospital by ground ambulance with unknown injuries.

At this time the exact cause of the accident is under investigation. More information will be updated as it becomes available.

Possible Animal Cruelty or Sacrifice has Residents on Edge

Happy Ending for a Man Searching for His Birth Mother