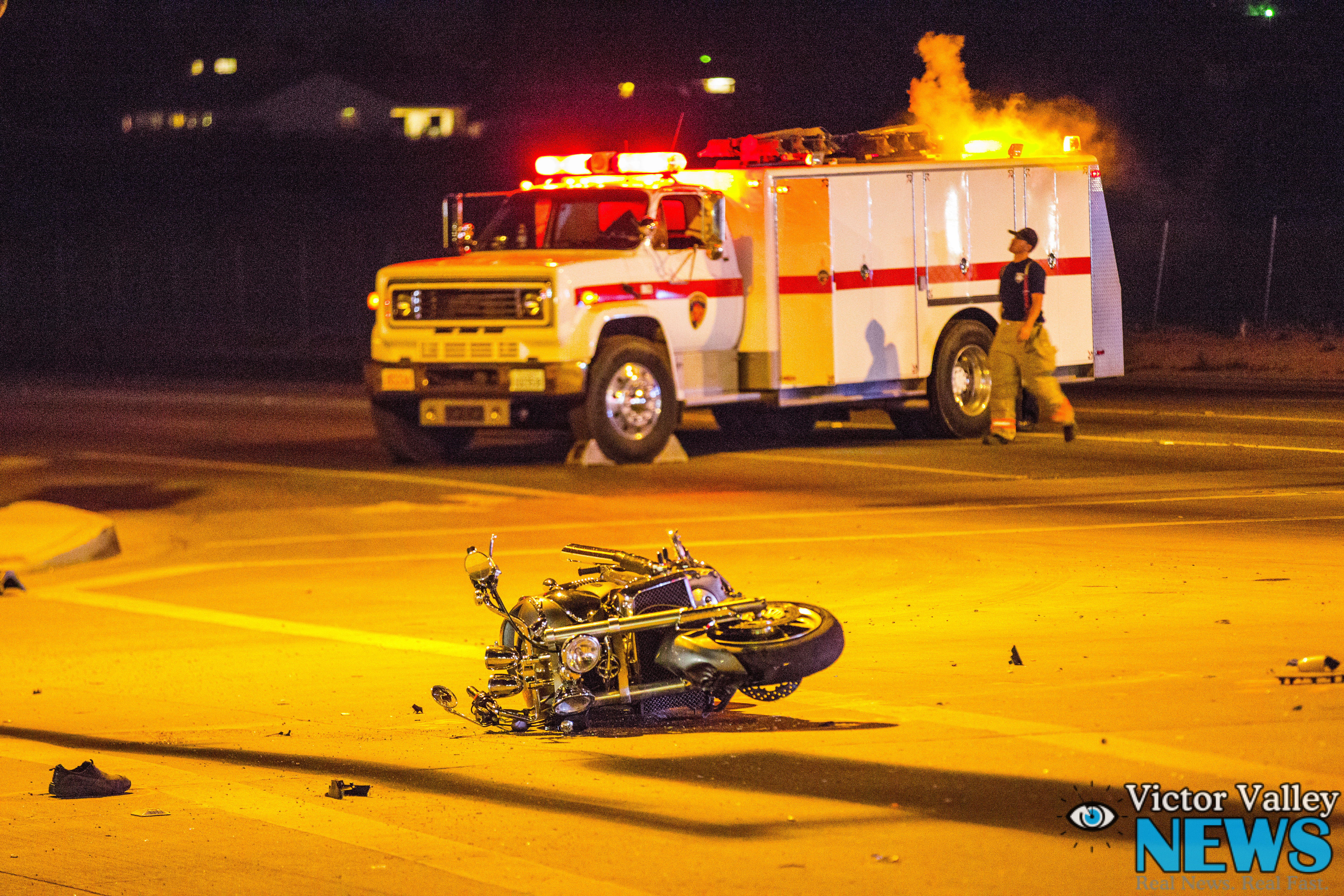 APPLE VALLEY-(VVNG.com):  Apple Valley resident Stephen Murphy, 63  lost his life as a result of a Tuesday night traffic collision. Murphy was only a mile and a half from his home riding his 2005 Triumph motorcycle westbound on Yucca Loma Road approaching the Apple Valley Road intersection.

A 44-year-old Apple Valley resident, Matthew Gann, who was driving a silver Chrysler 200, was entering the intersection traveling east preparing to make a left-hand turn onto Apple Valley Road. San Bernardino County Sheriff’s officials said that both vehicles entered the intersection and collided with each other.

The Sheriff’s MAIT (Major Accident Investigation Team) responded to the scene to conduct an investigation. As a result, Apple Valley Road traffic was closed at the scene of the collision from 5:30 p.m. until 3:30 a.m.

The cause of the collision is currently under investigation by the Apple Valley Sheriff’s Station Major Accident Investigation Team and fault has not yet been determined.

If you have any information regarding this collision please contact Deputies Woytovich, Gernon, Cashion, or Sgt. Bracco at (760) 240-7400.