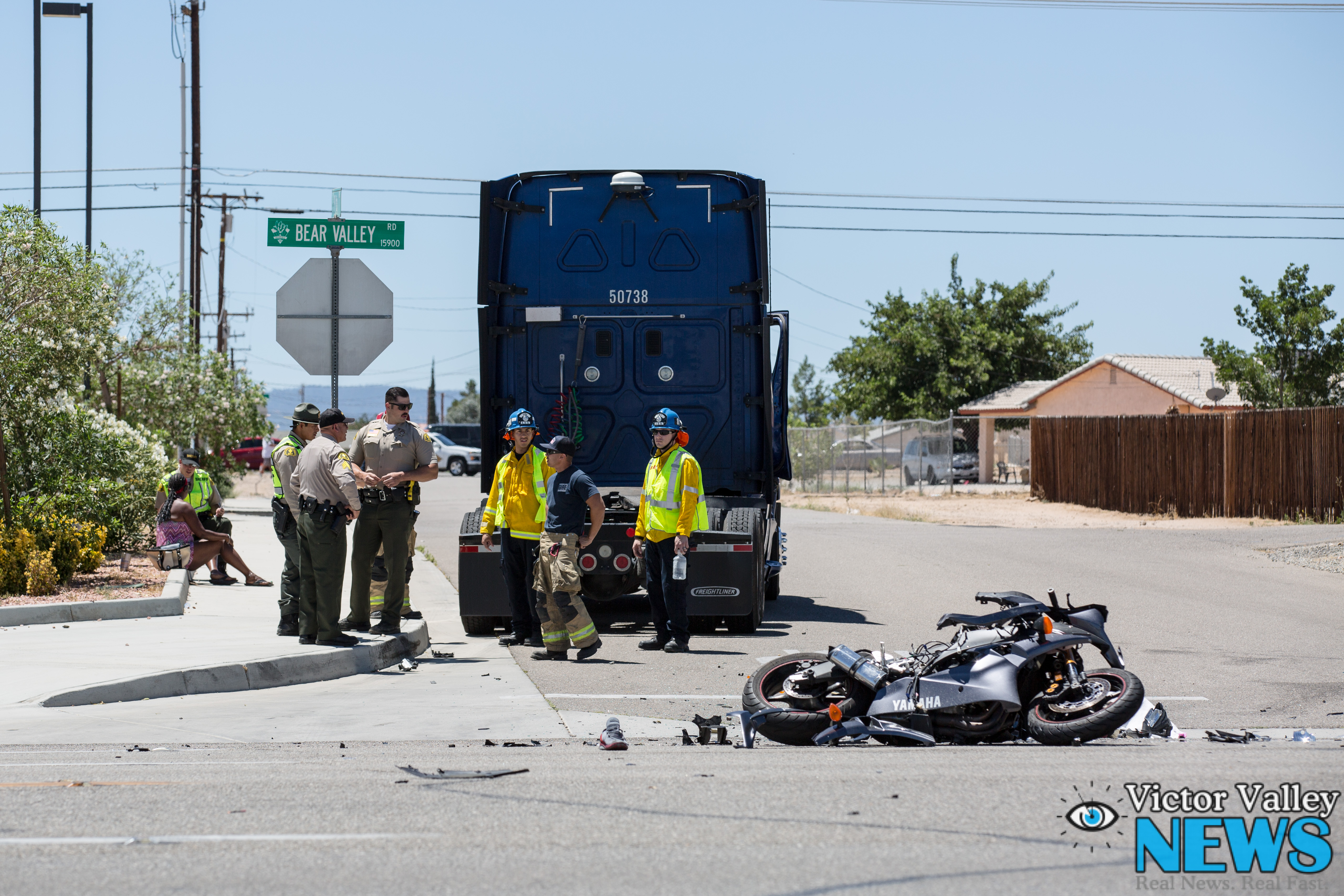 HESPERIA:(VVNG.com)- A stretch of Bear Valley Road is completely shut down following a fatal motorcycle collision.

At about 11:29 a.m. on Monday, July 4th dispatch received a report of a traffic accident at the intersection of Ninth Avenue and Bear Valley Road.

When units arrived on scene they located a blue semi and a black Yamaha motorcycle had collided.  The driver of the semi immediately stopped after the collision. The passenger side door of the semi sustained major damage.

First responders pronounced the rider of the motorcyclist dead at the scene. Per scanner traffic, a second person was transported to a local hospital for injuries.

Bear Valley Road will remain shut down between 7th Avenue and 11th for an unknown duration.

The Major Accident Investigation Team will respond to conduct an investigation and determine the cause of the fatal collision.