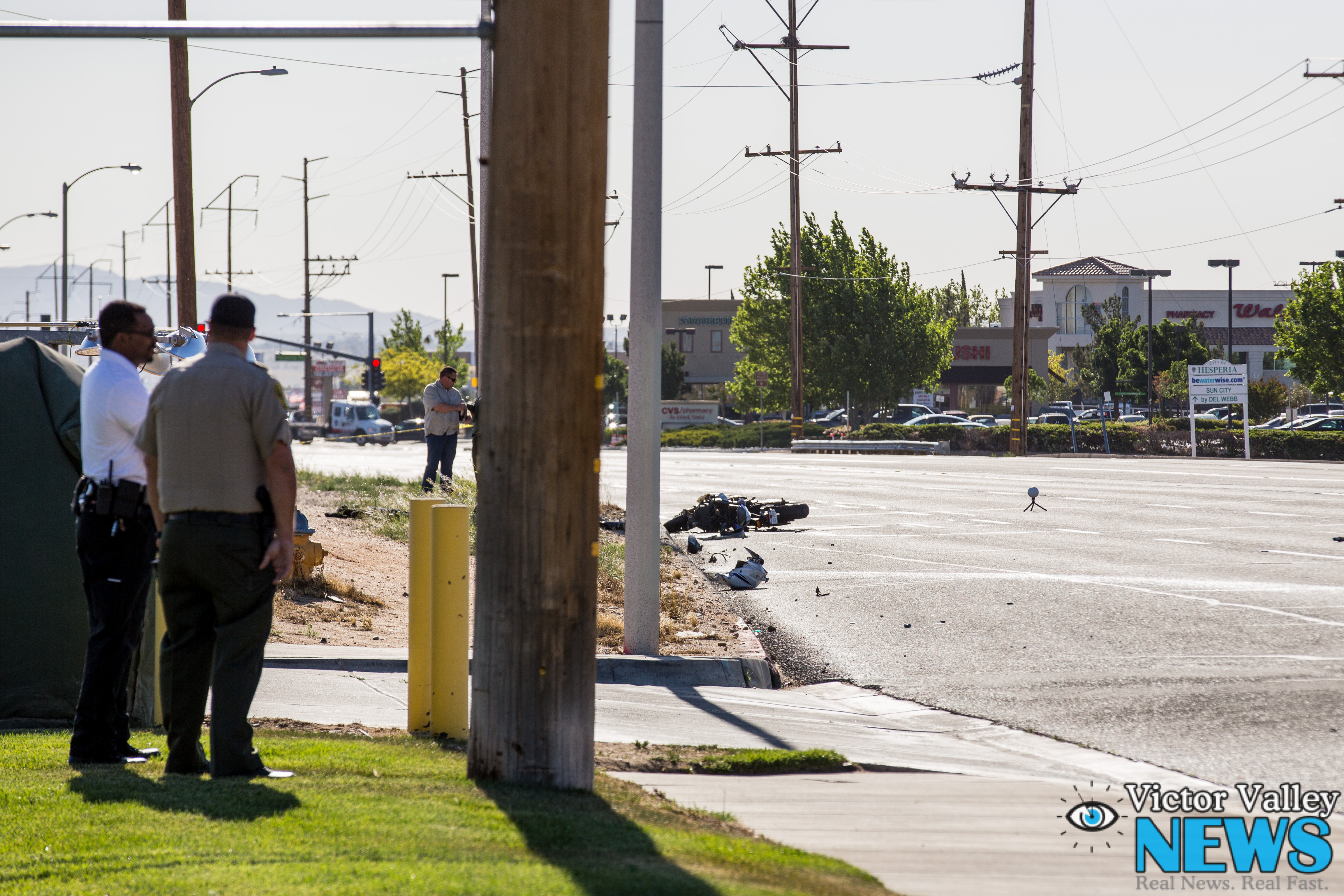 HESPERIA-(VVNG.com): A man lost his life following a fatal traffic collision at around 2:19 a.m. on Friday, April 22nd.

The collision involved a blue 2014 Yamaha motorcycle and a 2007 Chevrolet Tahoe. Following the crash, the Tahoe continued on for a short distance before pulling into a nearby parking lot and remaining near the scene for deputy contact.

Hesperia Sheriff’s Station Spokeswoman Karen Hunt said, “The Chevy Tahoe and the motorcycle were both driving eastbound on Bear Valley Road. The motorcycle collided into the back of the Tahoe causing it to launch on the north side curb line on the west side of traffic.”