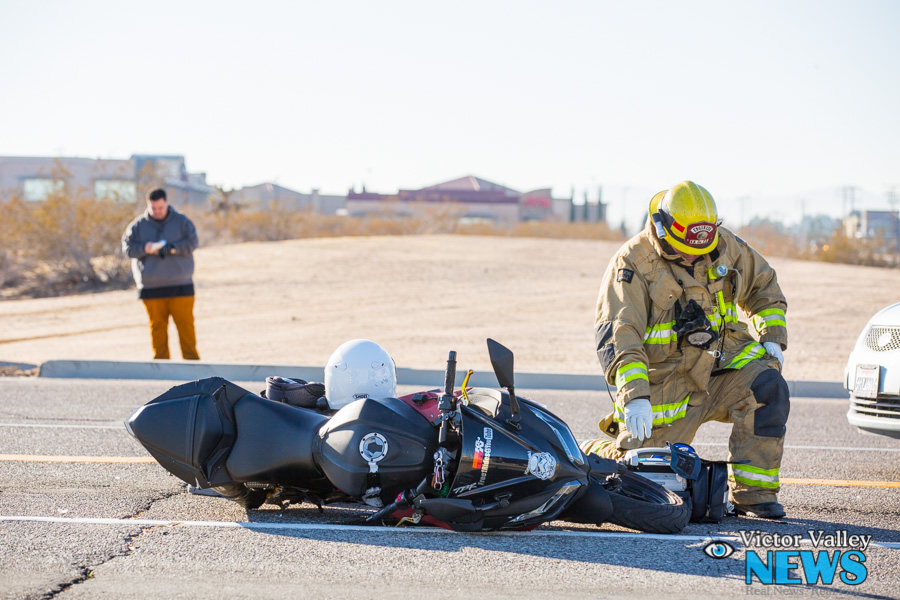 VICTORVILLE, Calif. (VVNG.com) – A 29-year-old motorcyclist was transported to a local hospital following a crash on Thursday morning.

At about 8:35 a.m. Victorville deputies responded to the intersection of Amargosa Road and Mojave Drive reference a vehicle versus a motorcycle traffic collision.

Upon arrival, they located a gray Kia Rio and black 2015 Kawasaki Ninja had collided near the intersection.

Based on preliminary reports, the Kia was attempting to make a right-hand turn onto Mojave Drive from northbound Amargosa Road when it collided with the Kawasaki.

The rider was transported by ground ambulance to a local hospital with non-life threatening injuries. No other injuries were reported as a result of the crash.