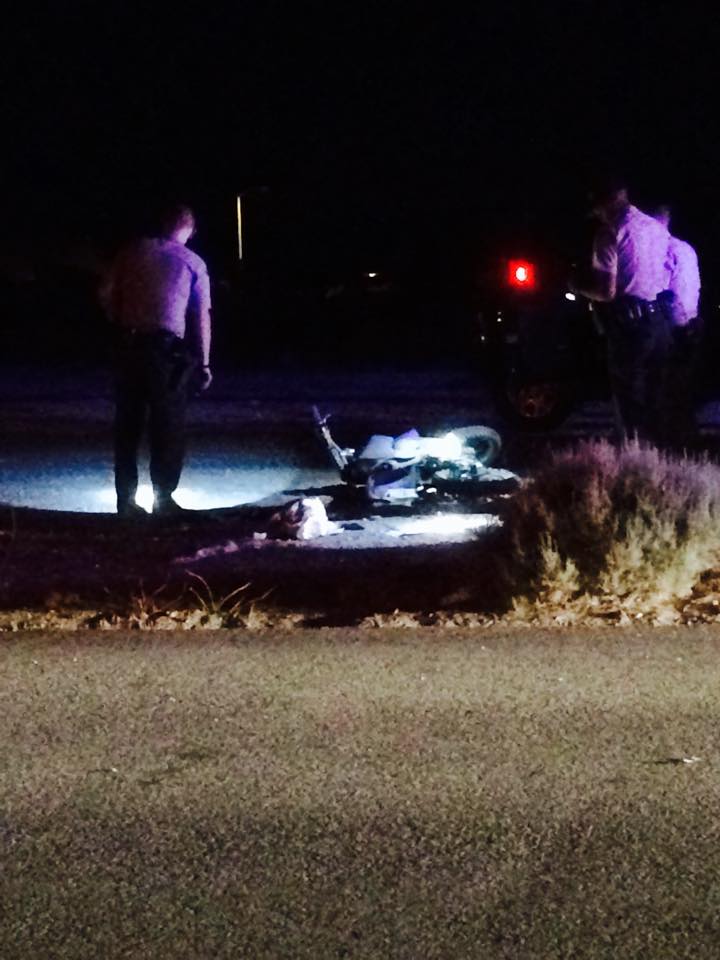 HESPERIA:(VVNG.com)- A motorcyclist was injured following an off-roading accident on Sunday evening in the city of Hesperia.

Dispatch received a report of motorcycle rider down in the area of Muscatel Street and Fuente Avenue at approximately 8:50 P.M.

At this time the extent of the rider’s injuries are unknown.

The bike is described as a blue off-roading motorcycle and no other vehicles were involved. No further information on the cause of the accident was immediately available.