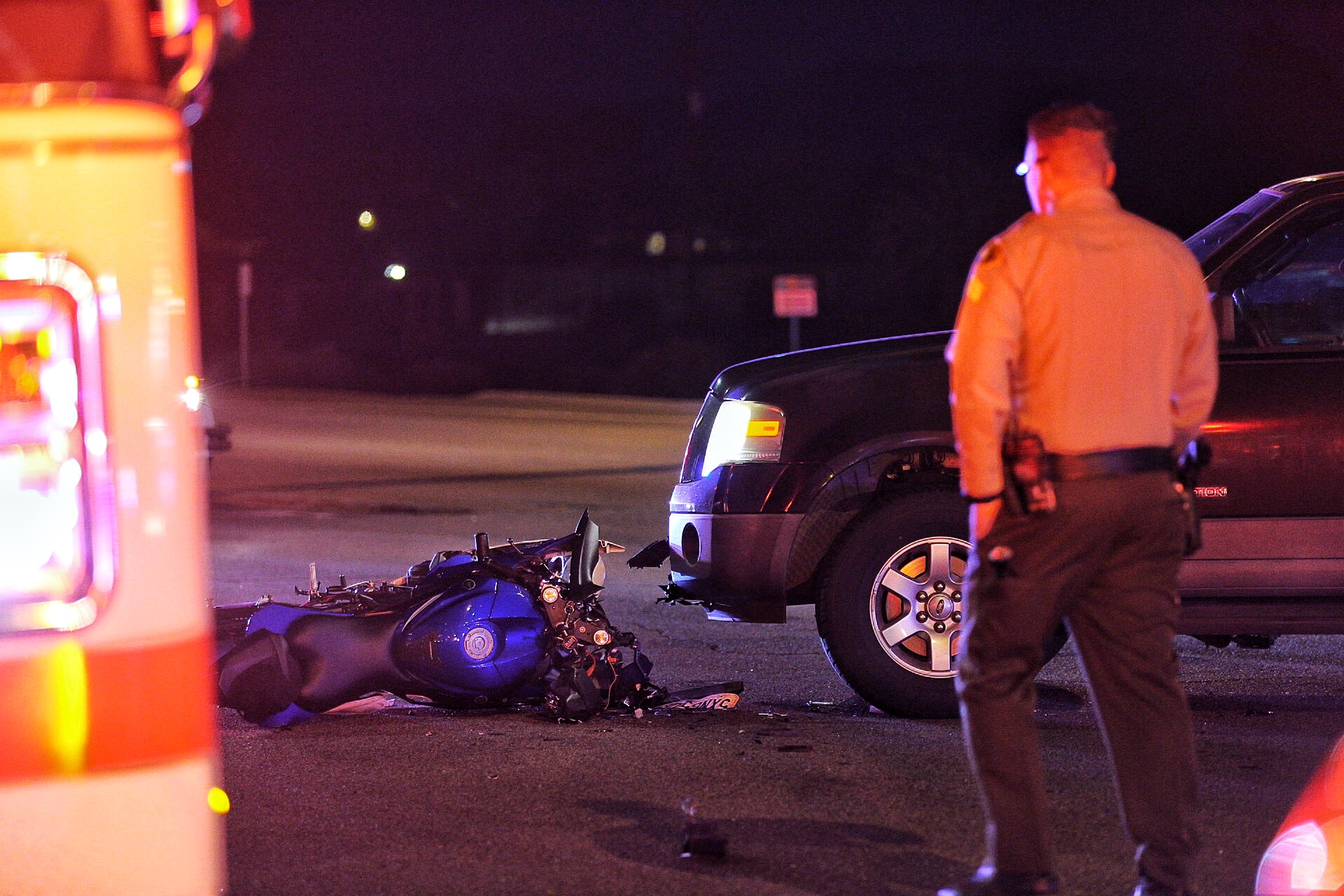 APPLE VALLEY, CALIF.(VVNG.com)- A motorcyclist involved in a crash was transported to a local hospital Tuesday night.

At about 6:20 p.m. dispatch received reports of a vehicle versus a motorcycle at the intersection of Highway 18 and Tao Road in Apple Valley.

For reasons still unknown, a Ford SUV and a blue motorcycle collided in the intersection. The SUV appears to have been traveling eastbound on Highway 18 and attempting to make a left-hand turn onto Tao Road.

Upon arrival, first responders located the male rider down near the shoulder of the westbound lane, approximately 25 feet from his bike.

The rider appeared to be responsive as he was loaded into the ambulance. He was taken to a local hospital with unknown injuries. The male driver of the SUV was not injured in the crash.

Westbound lanes on Highway 18 were temporarily blocked due to the crash. Traffic was detoured onto outer Highway 18 while the crash was cleared from the roadway.