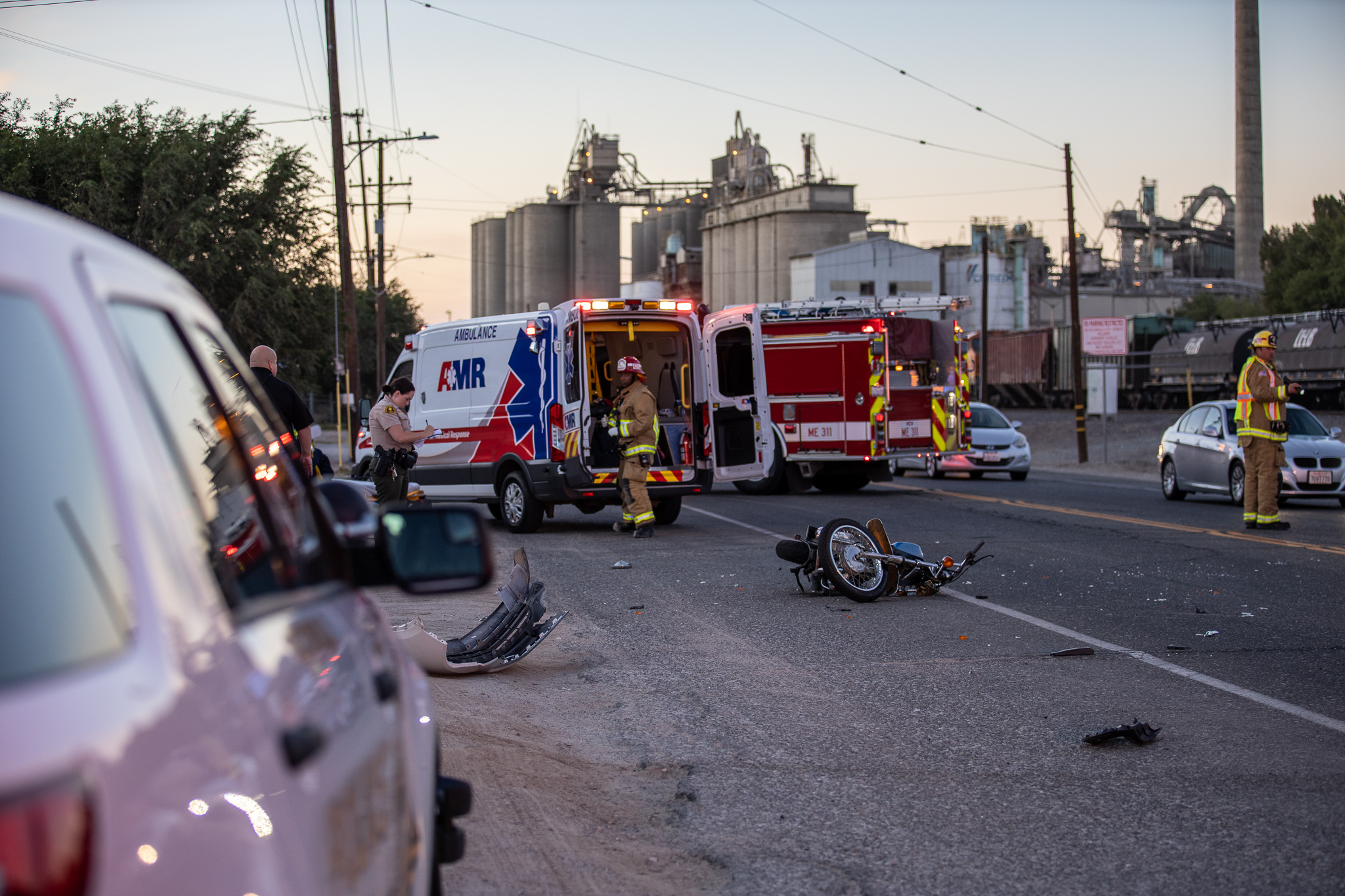 VICTORVILLE, Calif. (VVNG.com) — A motorcyclist injured in a crash with an SUV was transported to a local hospital Friday evening.

When first responders arrived on scene, they located the rider, an Adult male, lying in the dirt shoulder on the eastbound side of the roadway.

The rider was transported to a local hospital for treatment of non-life threatening injuries.

No injuries were reported by the male driver of the SUV or his female passenger.

Traffic on D Street/National Trails Highway was backed up in both directions due to the crash. A Victorville City firefighters assisted with traffic control while police investigated.

Deputies said this was just a crash and drugs or alcohol were not suspected to be a factor.

The official cause of the crash is under investigation by the Victorville Police Department.