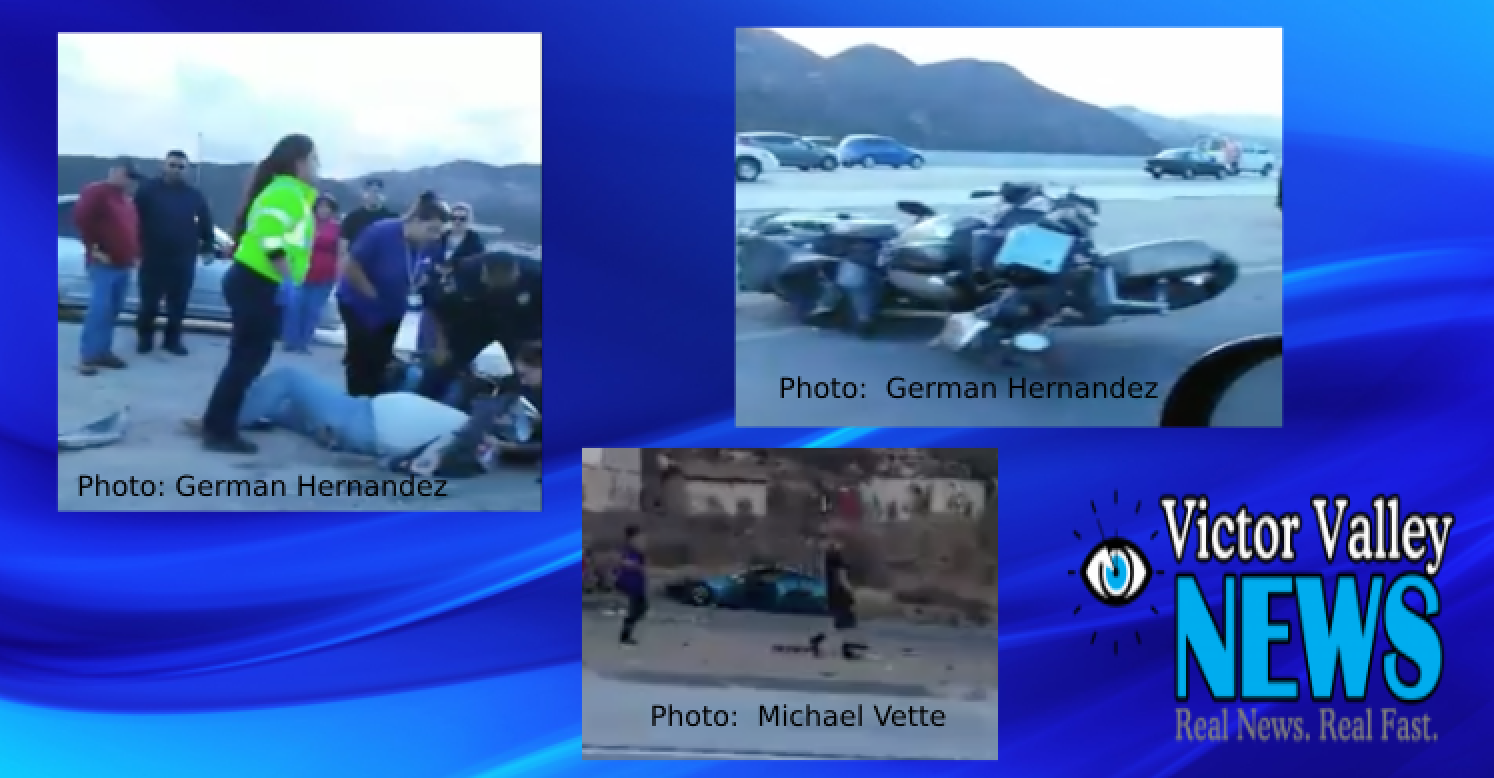 CAJON PASS-(VVNG.com): The California Highway Patrol is investigating a late Wednesday afternoon traffic collision between a motorcycle and a Chevrolet Corvette.

At about 3:40 p.m. the CHP was dispatched to a traffic collision on the northbound 15 freeway near SR-138.

Witnesses reported that the motorcycle collided into the Corvette and was thrown from his motorcycle into the slow lanes of traffic.

The traffic collision caused moderate injuries to the rider, who according to CHP officials remained conscious. There were no other injuries reported as a result of the collision.