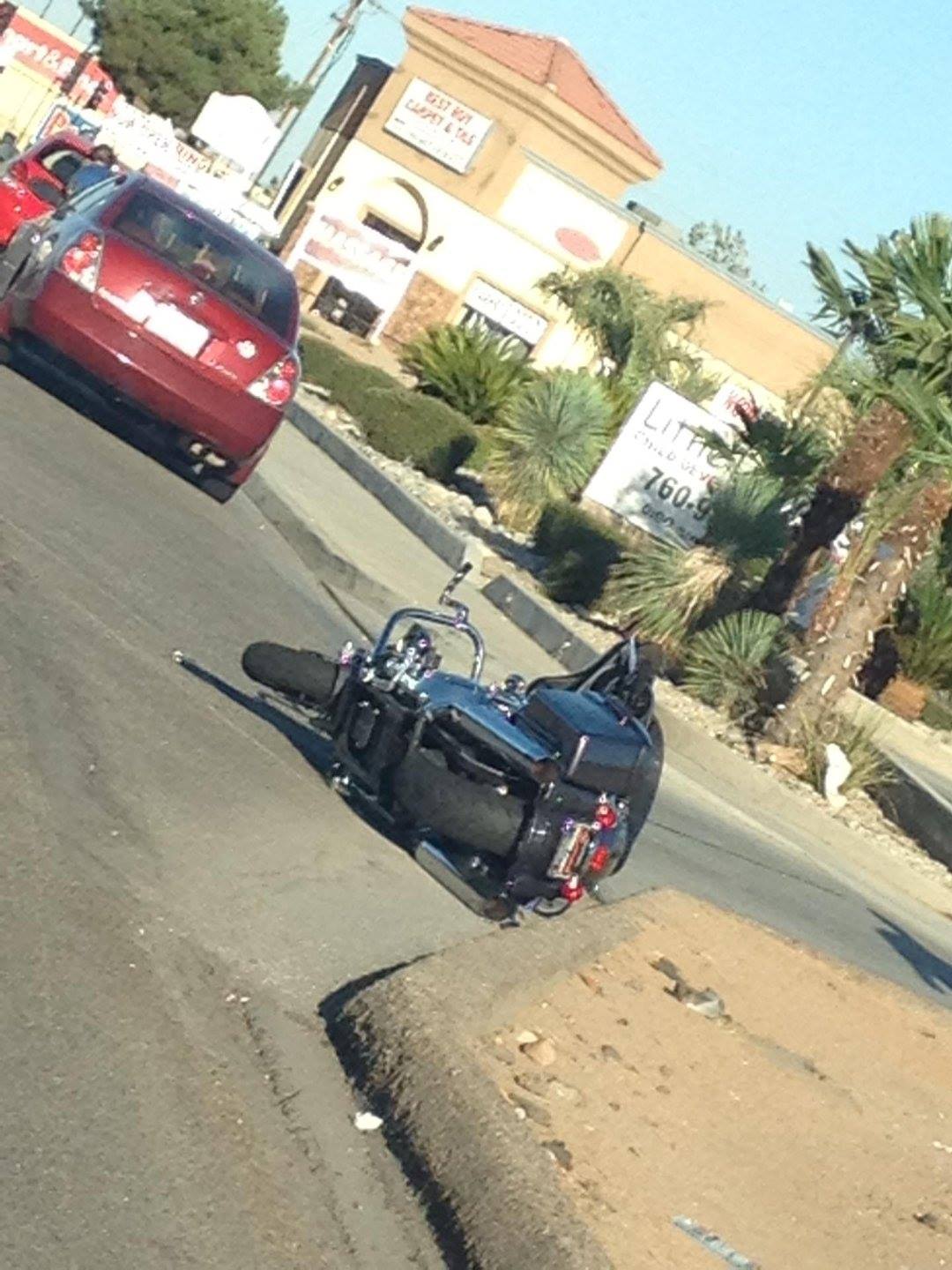 HESPERIA:(VVNG.com)- An accident involving a motorcyclist and a vehicle was reported just after 6:00 p.m., on Saturday. The collision occurred on Bear Valley Road between Locust Avenue and Cottonwood Avenue.

According to a witness, the motorcyclist was traveling westbound on Bear Valley Road prior to the collision. Victor Valley News Group member Dulce Canseco commented the following, “I just saw the man driving past me smiling listening to his music and then I saw him in my rear view mirror in the air. It happened so fast.”

Paramedics responded and transported the male motorcyclist by ground ambulance to a local hospital with unknown injuries. The driver of a blue Dodge vehicle involved in the collision was not injured. At this time the exact cause of the accident is currently unknown.

The motorcyclist is described as a black male, late 30’s to early 40’s riding on a black colored motorcycle with no plates. Traffic on Bear Valley Road was backed up while the accident scene was cleared.