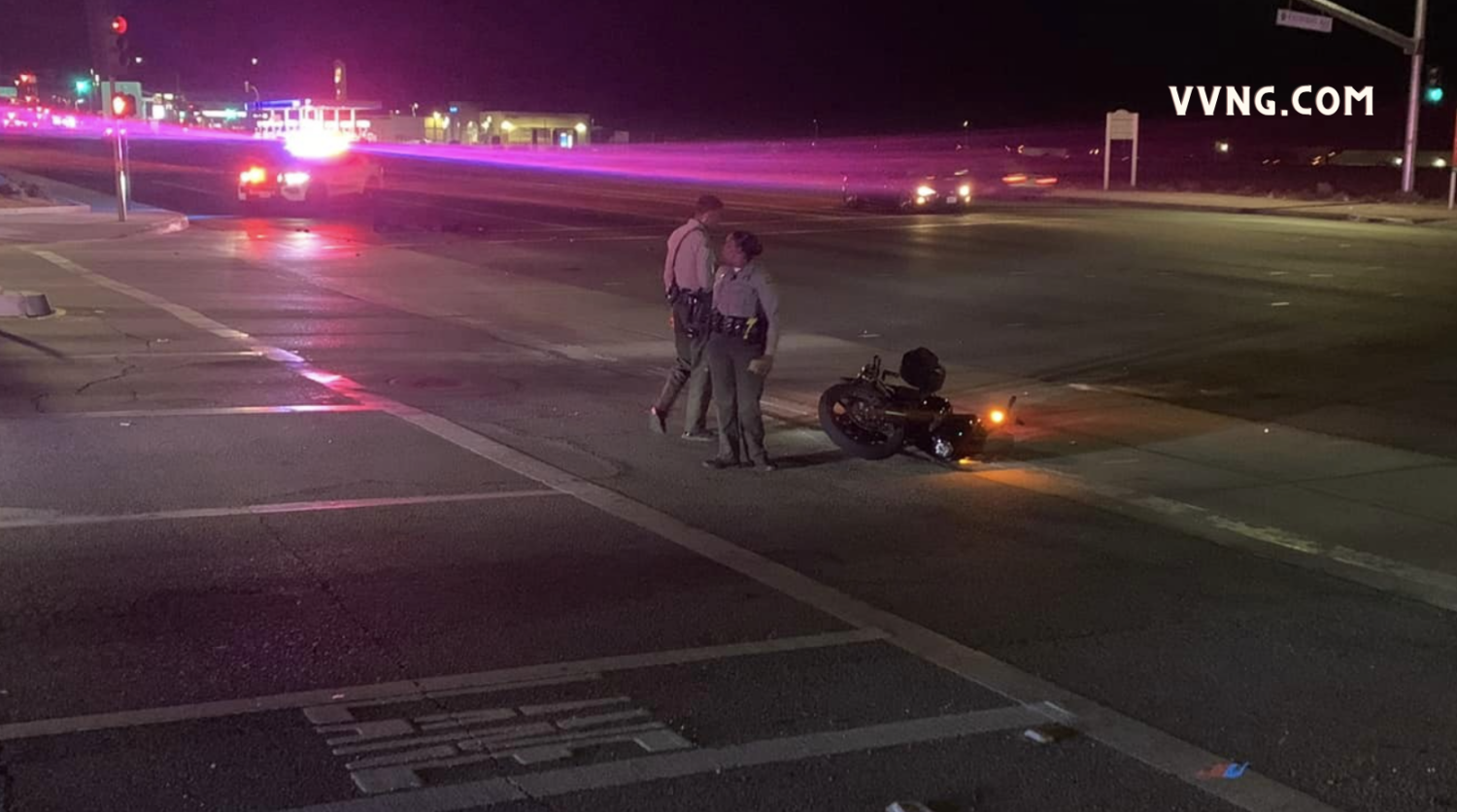 HESPERIA, Calif. (VVNG.com) — A motorcyclist stopped at a red light was rear-ended and injured by a hit-and-run driver in Hesperia.

Sheriff’s spokeswoman Mara Rodriguez told VVNG the motorcycle driver was rear-ended by the driver of a Honda Accord and the rider was knocked off of the motorcycle by the impact and he sustained minor injuries.

The victim’s fiancé posted on Facebook and said they are angry that the driver just left and didn’t check on him to see if he was even alive. “From what he can remember the license plate started with “T2”, she commented. “The car will be be missing front bumper and has damage to the hood. Unsure of the color of car.”