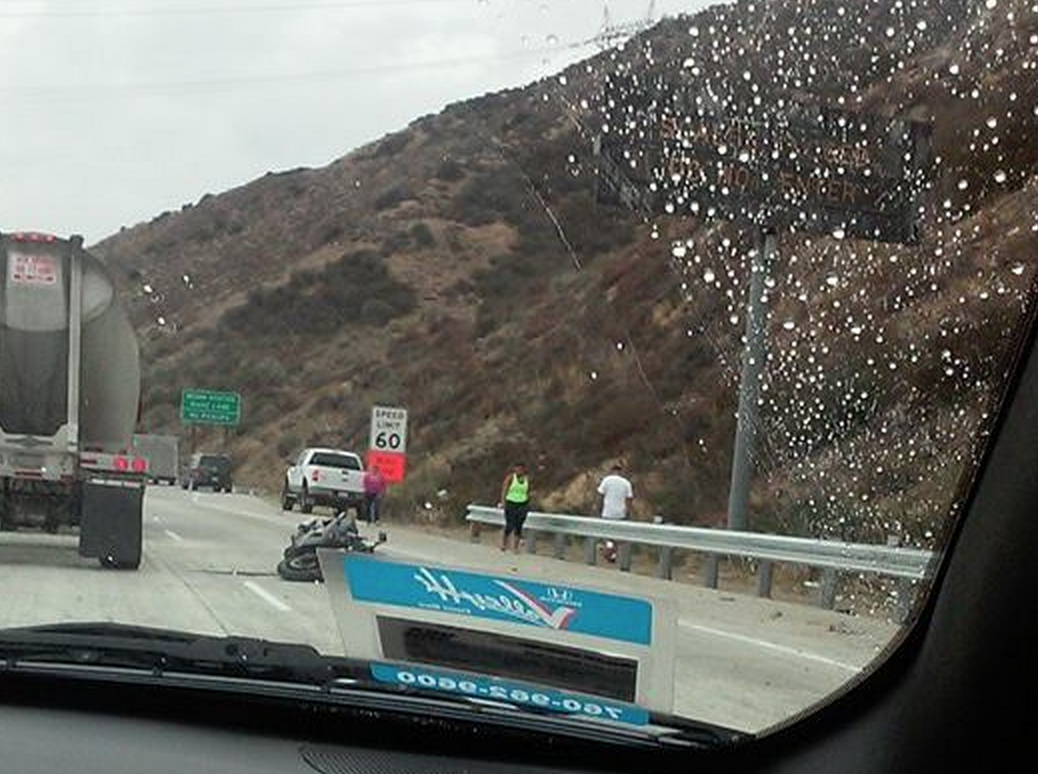 Southbound traffic is bumper to bumper photo by Rhonda Young‎)

CAJON PASS:(VVNG.com)- Per CHP incident logs, a motorcyclist was injured following an accident on the northbound 15 freeway just north of the Cleghorn exit. The incident was reported at 2:24 P.M., on Saturday, July 18, 2015.

Upon arrival, first responders found the black sports motorcycle near the right shoulder in the No.4 lane.

According to scanner traffic, the motorcyclist sustained serious injuries. First responders requested an air ambulance but was cancelled a short time later and decided to transport the patient by ground ambulance.

Victor Valley News member, Clinton Hicks, was driving by and commented the following, “motorcycle rider on other side of guard rail not moving, 15 southbound is backed up to about Ranchero due to everyone slowing down to watch.”

At this time the cause of the accident is unknown. More information will be updated as it becomes available.

Don’t Fall Victim to This Scam