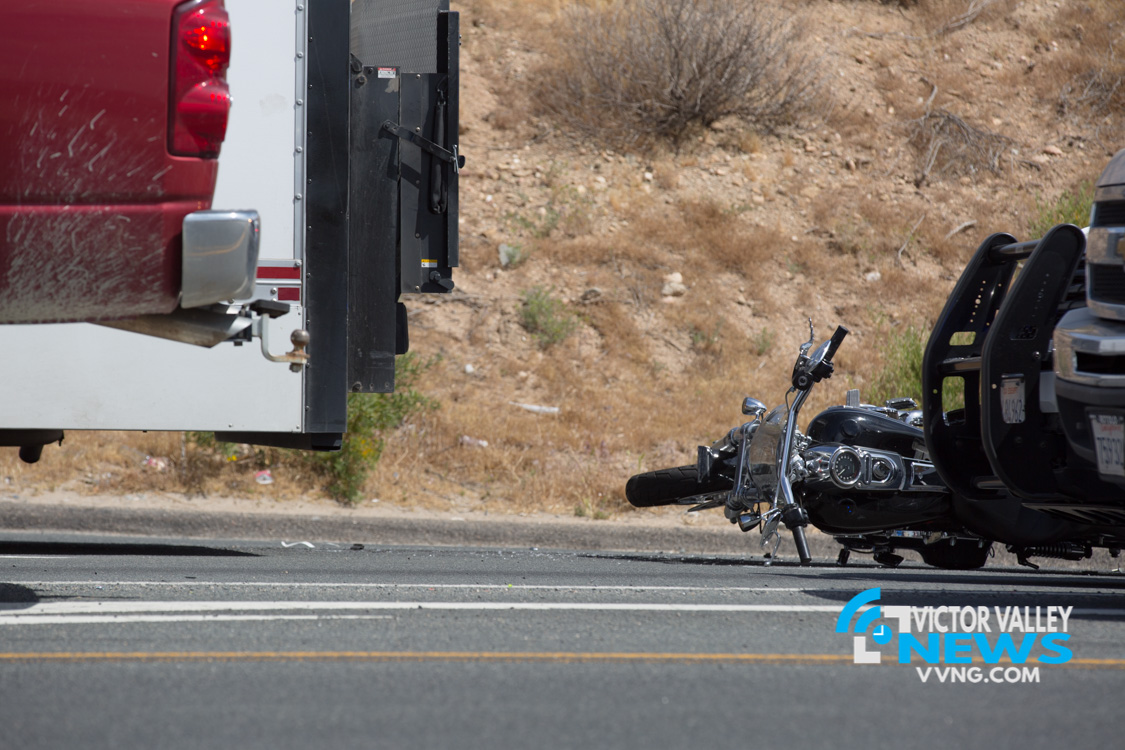 HESPERIA, Calif. (VVNG.com) – A motorcyclist was seriously injured after colliding into the back of a box truck Monday morning.

At 10:17 a.m. dispatch received a call regarding a 2013 Harley-Davidson versus a truck on Main Street just east of US Highway 395.

“Initial reports that were given to dispatch was that the motorcyclist was down on the ground and an off-duty Fire Personnel was performing CPR,” stated Sheriff’s spokeswoman Jaclyn Chambers.

Due to the rider’s injuries, an airship was requested. While on scene the motorcyclist regained consciousness and the airship was canceled.

“Initial investigation determined that the truck was stopped at the red light at US Highway 395 and for an unknown reason the motorcyclist ran into the back of the truck,” stated Chambers.

The motorcyclist, described as a White male adult, approximately 50-years-old was transported by ambulance to a local trauma center with moderate to major injuries. 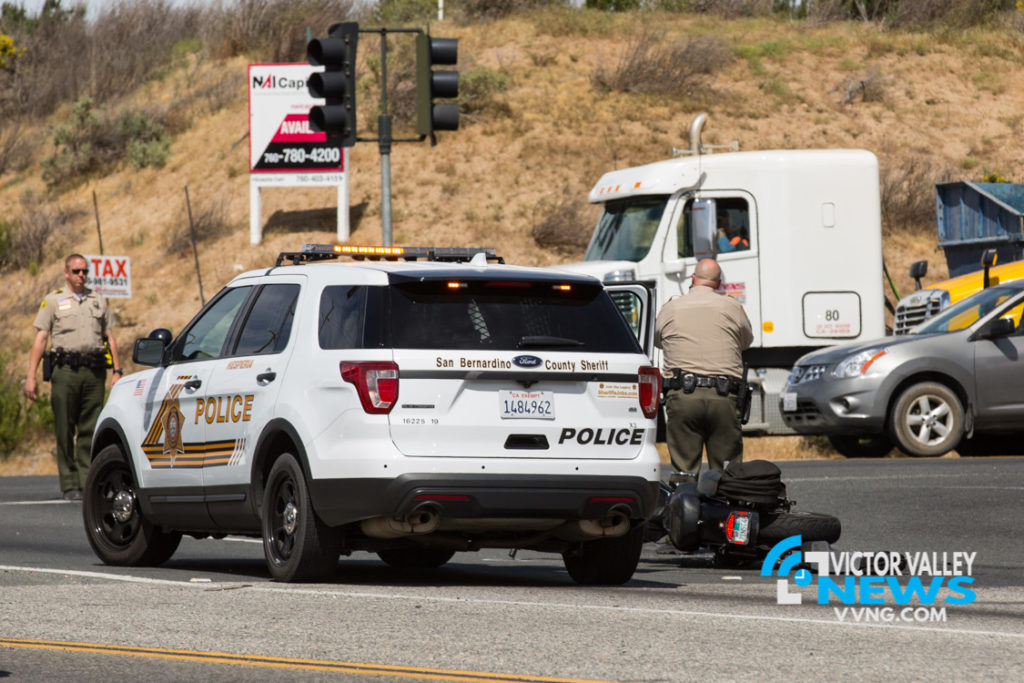