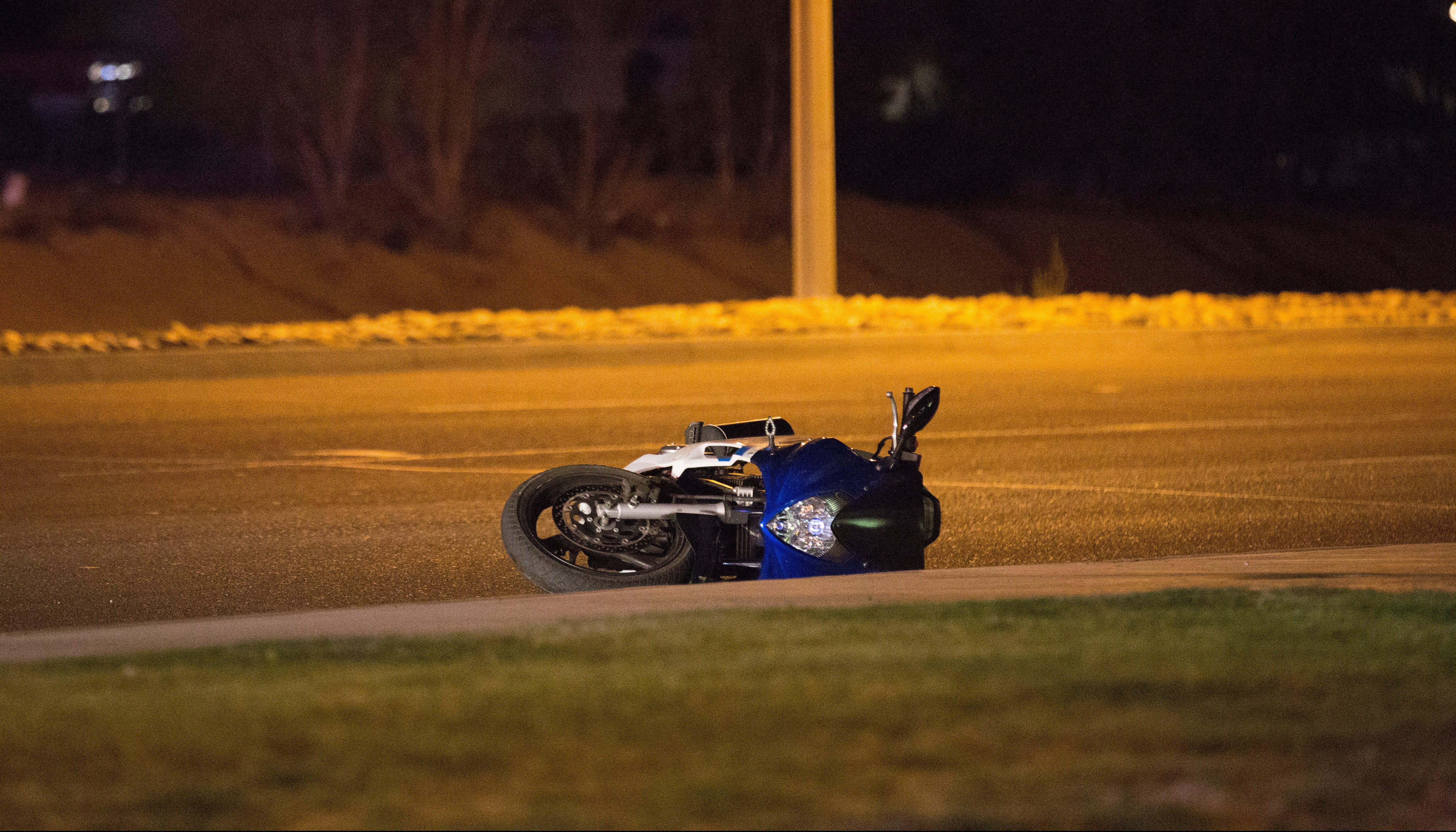 VICTORVILLE, Calif. (VVNG) Dispatch received a call that a motorcyclist was down in the roadway after swerving to avoid a wrong-way driver Monday night.

The call was dispatched at approximately 7:10 p.m. near the intersection of Bear Valley Road and 7th Avenue directly in front of the Food 4 Less grocery store.

When deputies arrived they located the down motorcyclist with minor injuries.

The alleged wrong-way driver did not stop and has not been located by authorities.

The biker was traveling westbound Bear Valley when he laid his bike down trying to avoid the eastbound driver traveling in the west bound lanes, according to a witness statement.

The 20-year-old rider of the blue and white Suzuki was wearing appropriate protective gear, and as a result, was able to reduce the amount of injury sustained. He was transported to Desert Valley Medical Center for treatment of minor scrapes and elbow pain.