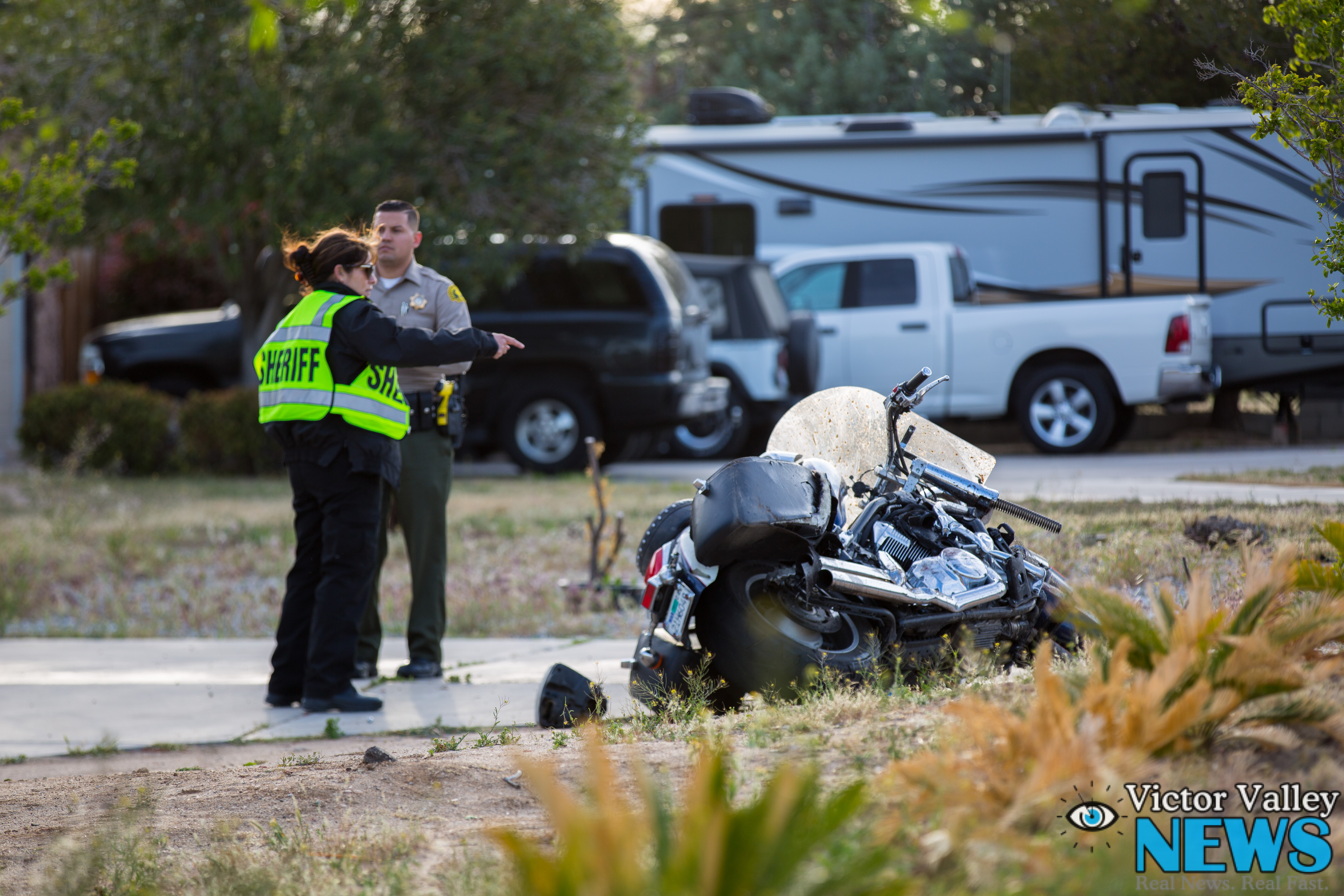 HESPERIA:(VVNG.com)- A Motorcyclist was killed in a multi-vehicle crash on Main Street in the city of Hesperia on Monday night.

The rider of the motorcycle identified by the San Bernardino County Coroner’s office as 60-year-old Charles James Lovell of Hesperia was transported to Arrowhead Regional Medical Center, where he was pronounced dead in the emergency room at 7:47 PM.

Deputies were able to determine that on Monday, March 28, 2016, at 5:26 PM, that the gray Kia Optima was traveling south on Timberlane Avenue and failed to stop at the stop sign at Main Street. Upon entering the intersection the vehicle broadsided Lovell’s Suzuki Motorcycle that was riding west on Main Street.

The crash caused Lovell to be thrown from his bike and for both him and his motorcycle to land in the driveway of a residence. The Kia continued through the intersection and struck a Toyota Camry that was driving east on Main Street.

The driver of the Kia and the Camry complained of pain and were seen by the San Bernardino County Fire Department Medics and released without further treatment.

After the crash, a portion of Main Street was shut until around 12:15 a.m. while authorities conducted the investigation.

Many concerned residents who live in the area feel the City should look into installing a traffic signal at the busy intersection.

“{The speed} limit is still 45 there but most people go way faster by the time they get to Peach they’re doing 70 mph”, stated Sam Martinez.

Another commenter Edward Adrian Cardenas said, “people risk it every time crossing over Main from Timberlane. I think a light there is smart!”