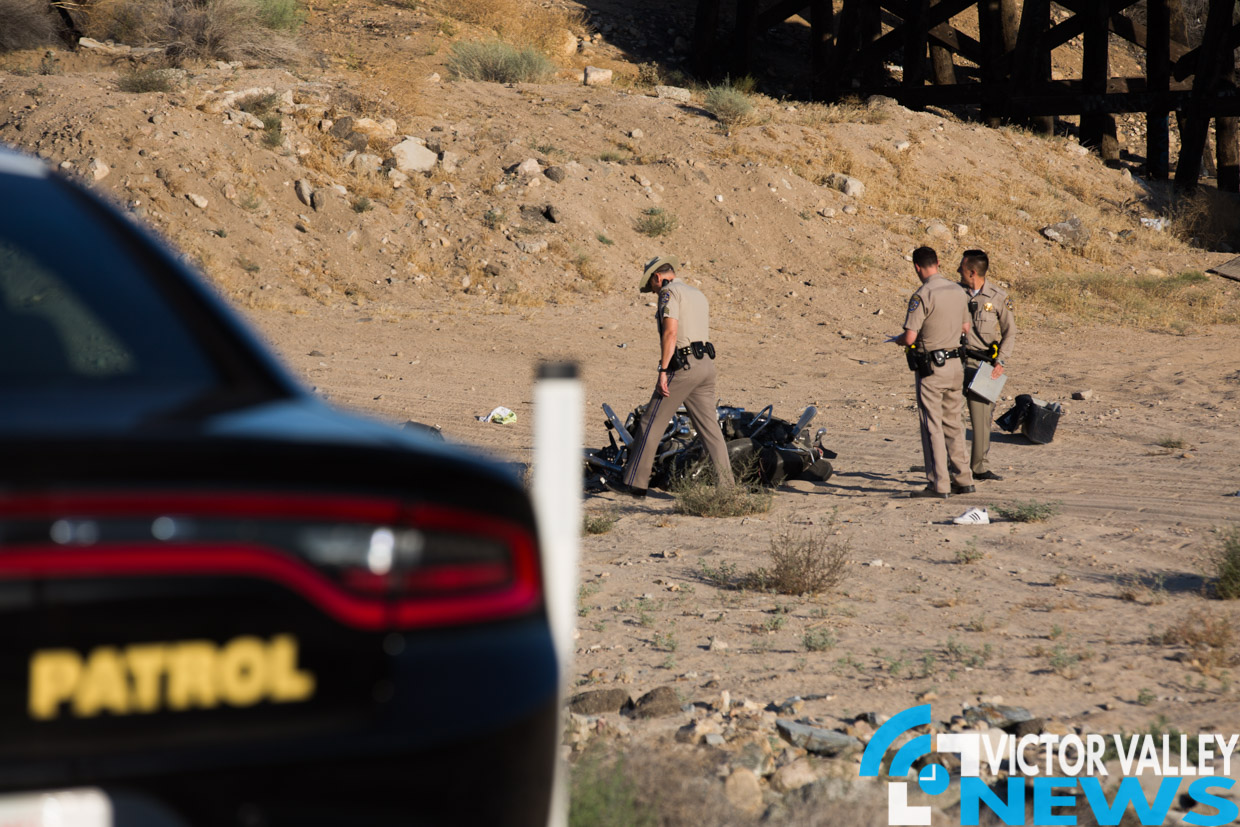 It’s unclear when the incident occurred, but witnesses told dispatch it appeared the rider had been there for awhile.

At 9:02 a.m., as the 2001 black Harley Davidson was being towed, it caught fire and became fully engulfed, CHP logs reported.

His name is being withheld pending notification of next of kin.

The California Highway Patrol was requested to respond to assume the investigation. 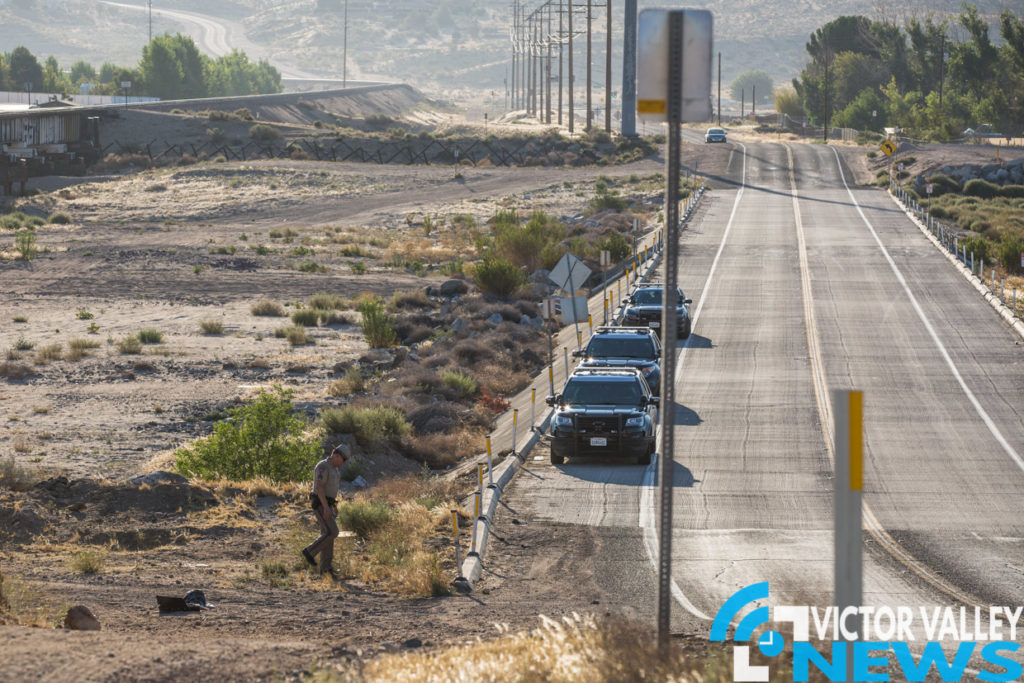 The rider was found in a wash area of the Mojave River along Rock Springs Road in Hesperia. (Gabriel D. Espinoza, Victor Valley News)