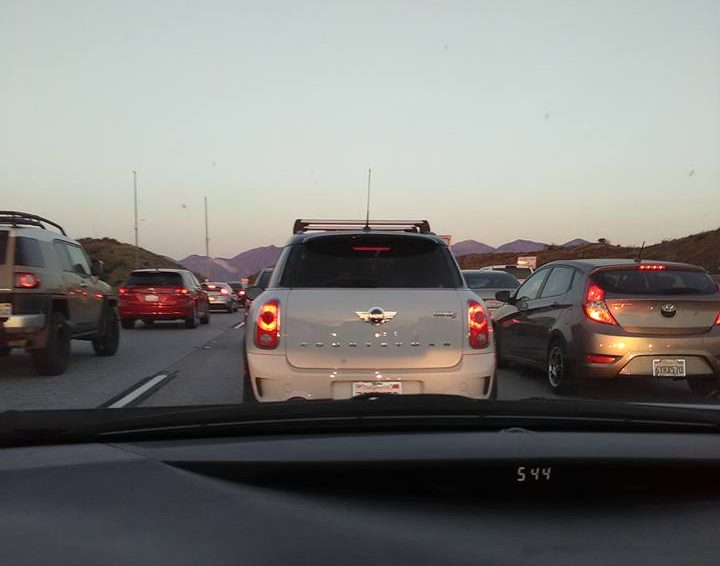 OAK HILLS:(VVNG.com)-  A motorcyclist was killed in a crash on the southbound 15 freeway early Wednesday morning near Oak Hills Road.

The crash was reported at 5:33 a.m. and according to multiple witnesses, the male rider was traveling at a high rate of speed prior to the crash.

“He was driving extremely reckless moments before the crash,” said Victor Valley News member Ashley Svidergol. “My husband is very shaken up, had to pull over to regroup. Very graphic, no one should have to see that.”

Kendra Stutz stated the rider of the red and black 1998 Suzuki GSF 1200 struck the back of an SUV.

“I sat and prayed with him. Didn’t want him to be alone when he passed,” said Stutz.

The fatal crash is being investigated by the California Highway Patrol. The San Bernardino Coroners has been requested to respond to the incident.

The identity of the 33-year-old male will be released pending notification of next of kin.

Morning commuters should expect delays. More information will be updated as it becomes available.

For the latest news in real-time join our newsgroup on Facebook: Victor Valley News