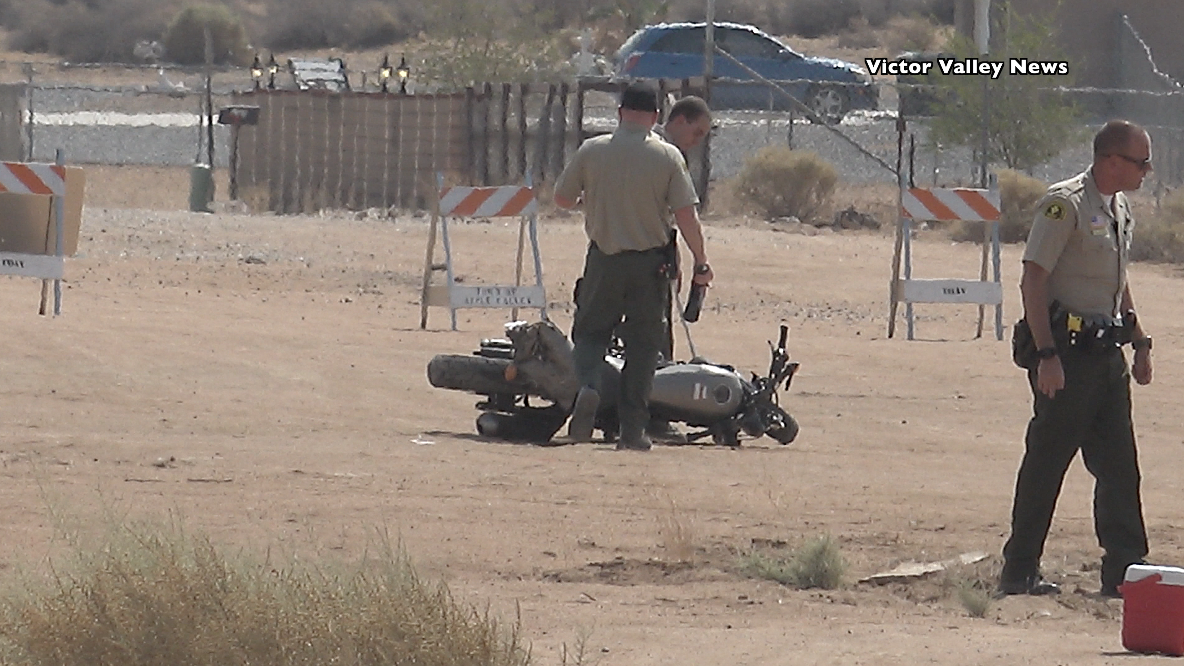 “The witnesses in the area said they heard a motorcycle revving up at approximately 2:00 a.m. this morning, all of a sudden it came to an abrupt halt,” Sgt. Mike McCurley from the Apple Valley Police Department told Victor Valley News. “A witness coming by on her way home from work found the subject down in the roadway at approximately 6:00 a.m. and called 911.”

Sgt. McCurley and other deputies, along with first responders from Apple Valley Fire and AMR arrived on scene and pronounced the rider deceased.

Through investigation, it was determined the rider was traveling at a high rate-of-speed eastbound on South Road, between Central and Navajo Roads, when he lost control after crashing into a dry mud hole where the pavement ends.

The motorcycle was described as a Honda CMX 500 street bike that was reported stolen out of the city of San Bernardino.

“Unfortunately, the loss of life is a tragedy no matter when it happens,” Sgt. McCurley said.

The identify of the rider has not been made available at this time.