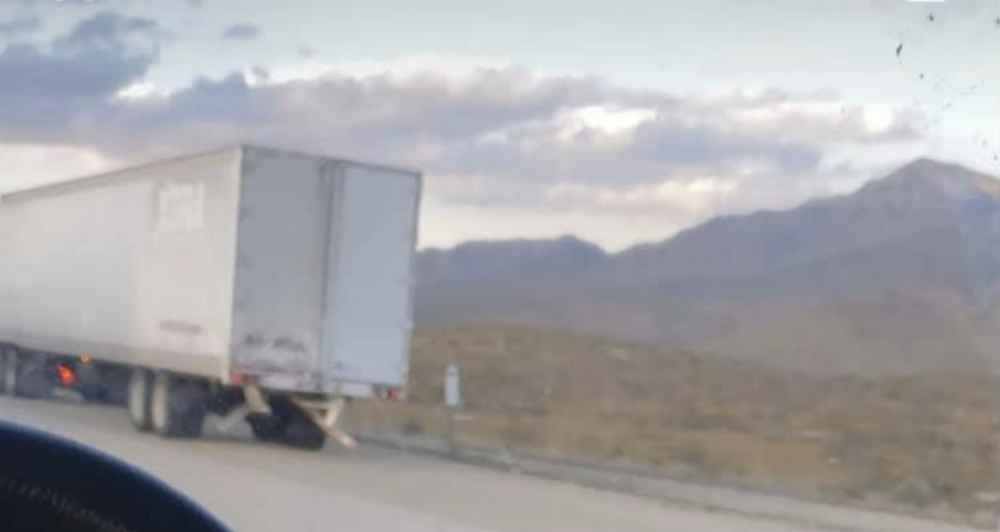 APPLE VALLEY, Calif. (VVNG.com) — A motorcyclist was killed in Apple Valley after slamming into the back of a tractor-trailer on the I-15 freeway.

It happened at about 5:08 pm, on the northbound I-15, near the Dale Evans Parkway off-ramp.

“I thought he was going to hit me. He came up behind me so fast, I switched lanes. The guy must’ve been going 100+,” stated Socorro Chavira in a Facebook post. “We saw him pass us up and hit the semi in front of us. He hit so hard.”

The impact caused the Mansfield bar on the back of the 2015 Kenworth semi to crack in half.

According to the California Highway Patrol incident logs, the body and motorcycle were in the slow lane. First responders arrived and pronounced the 63-year-old rider from Summit Argo, IL deceased at the scene. His identity will be released by the coroner’s office.

The incident prompted officials to issue a SigAlert that lasted several hours and backed traffic up for several miles.