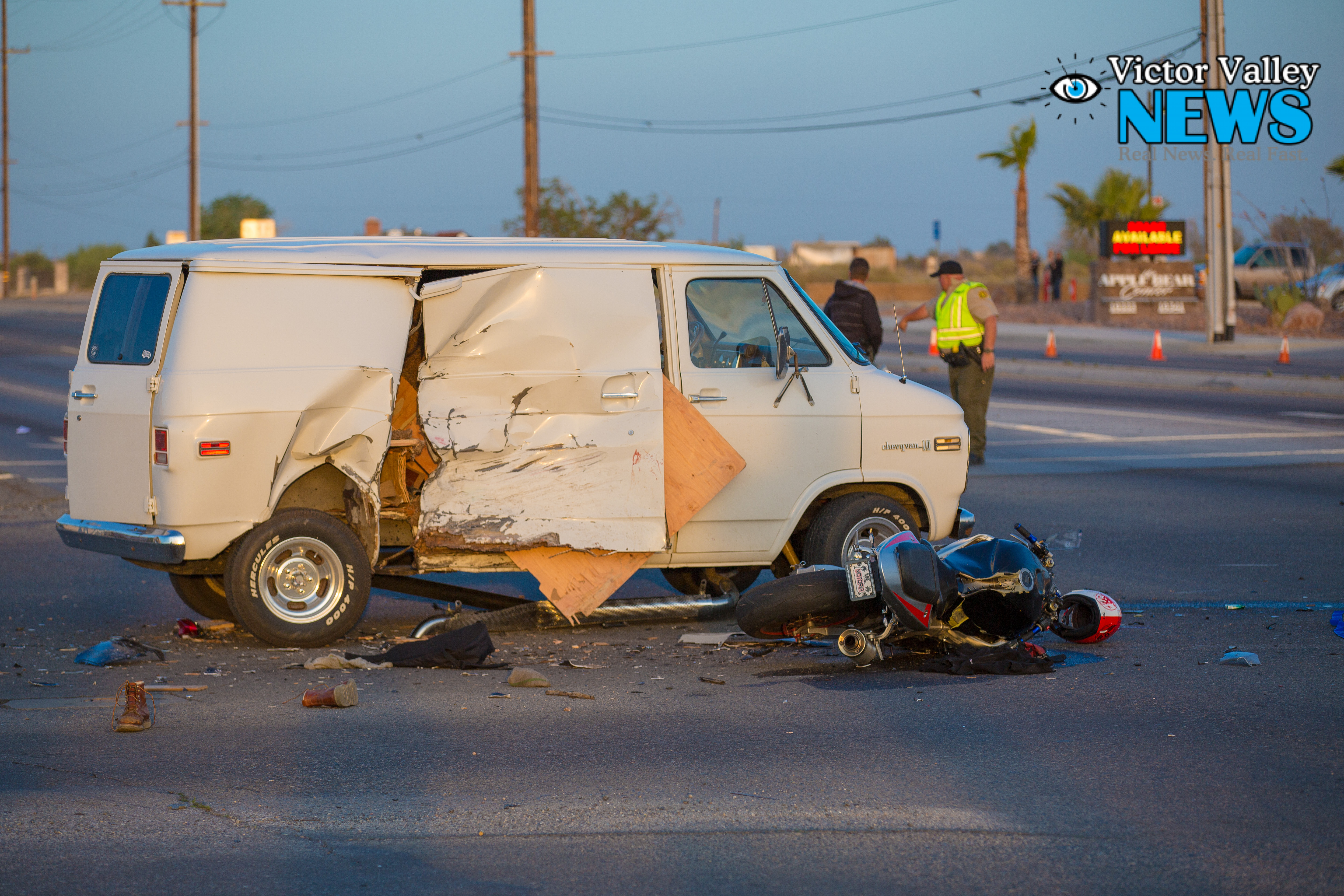 A Suzuki motorcycle was initially spotted traveling westbound on Bear Valley Road near Kiowa Road at speeds in excess of 100 miles per hour. The deputy attempted to catch up to the street bike who failed to yield blowing through stop signs and driving on the wrong side of the road.

The motorcyclist took a detour down a different road before returning to westbound Bear Valley. Just before 6:33p.m., the motorcyclist T-Boned a white van that was traveling northbound on Apple Valley Road. The force of the impact caused the van to rotate 180 degrees.

The male motorcyclist, who was in his late 20’s, was transported by a ground ambulance to St. Mary’s Hospital with serious life-threatening injuries. According to Public Information Officer Trish Hill, despite life-saving measures the male succumbed to his injuries.

Sources state he was a very well-known tattoo artist in the Victor Valley. The name of the deceased motorcyclist will be withheld pending official release from the San Bernardino Coroners.

The driver of the white van did not appear to sustain any injuries as a result of the collision.

The intersection of Bear Valley Road and Apple Valley Road is expected to be closed until 5:00 a.m, Friday as the Major Accident Investigation Team (M.A.I.T) work on processing the scene.