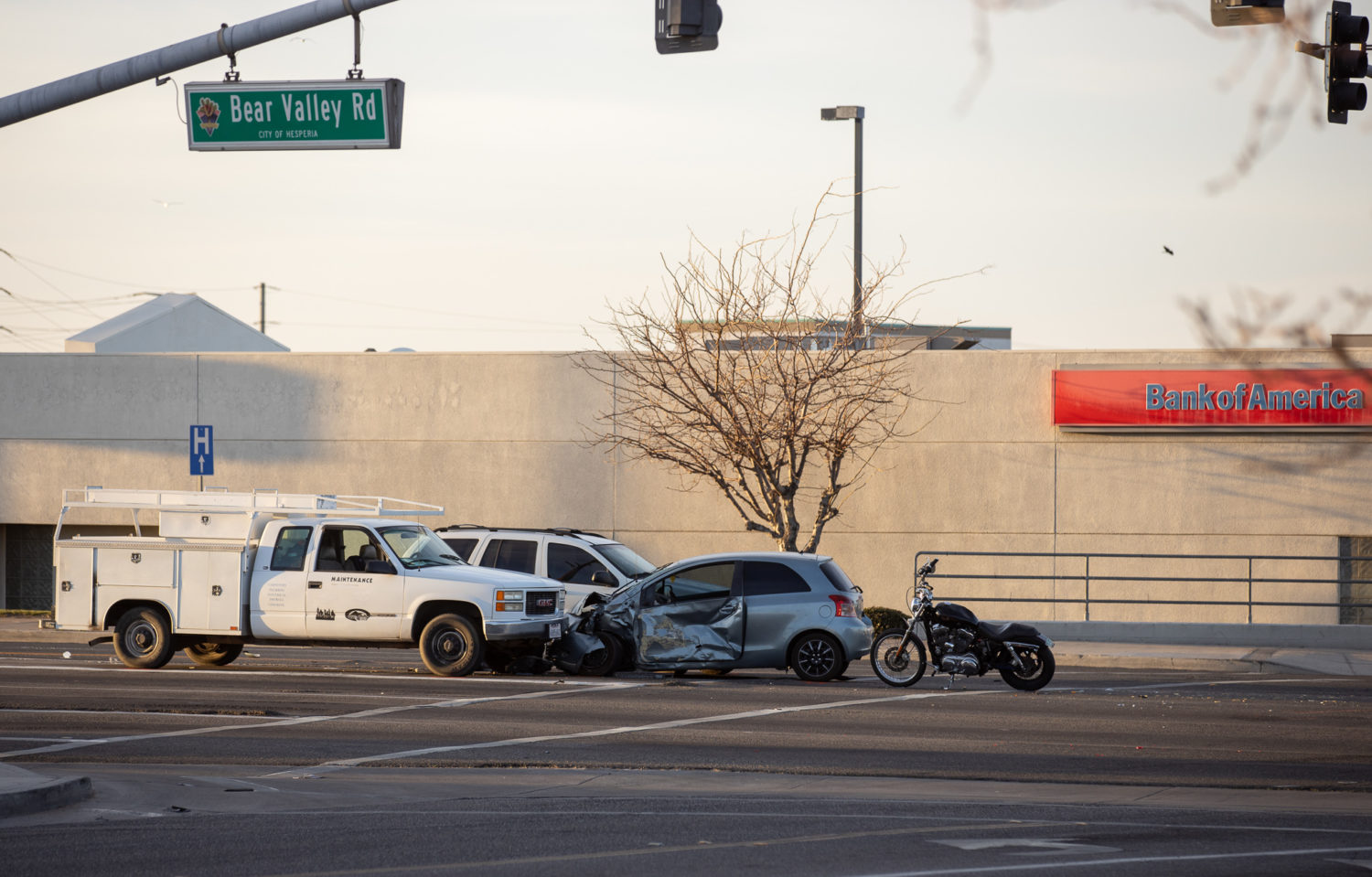 VICTORVILLE, Calif. (VVNG.com) — The Victorville Police Department responded to a traffic collision that killed a motorcyclist Tuesday afternoon in Victorville.

The crash was reported at 4:10 PM on March 2, 2021, at the intersection of Bear Valley and Hesperia Roads.

Belinda Joyce spoke to VVNG and said it happened in front of her as she waited at a red light. According to Belinda, the motorcyclist was going westbound on Bear Valley and “wicked fast” as he sped up and tried to beat the red light.

The motorcycle entered the intersection and collided with the driver side of a silver Toyota Yaris that was heading south on Hesperia Road. “His body flew at least 10 feet and slid under a truck stopped at the light,” stated Joyce. “He never moved after he hit the ground and was unresponsive when I got to him.”

A Good Samaritan performed CPR on the rider until first responders arrived and took over. The unresponsive rider was rushed in an ambulance to Desert Valley Hospital where despite life-saving measures he was pronounced deceased.

Officials closed the intersection of Bear Valley Road and Hesperia Road for several hours as the Sheriff’s Major Accident Investigation Team (MAIT) conducts their investigation. No other injuries were reported and the driver of the Toyota remained at the scene to cooperate with officers.

The official cause of the accident is under investigation by the Victorville Police Department and anyone with information is asked to call 760-241-2911.